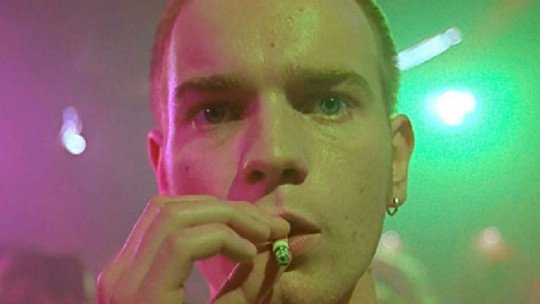 The consumption of psychoactive substances is a relatively frequent phenomenon in our society. The reasons for such consumption are multiple and varied, from treating the effects of a disorder or illness to alleviating the psychic or physical suffering caused by certain circumstances or even simply making recreational use of them.

But many of the people who use drugs on a regular basis end up becoming addicted and dependent on the substance. In order to try to treat these people, it is necessary to study their characteristics and observe if there are common points from which to work. In other words, it is very useful to establish a profile of the person with drug dependency .

What do we consider drug dependency?

Drug dependency is understood to be the situation in which an individual habitually consumes one or several substances that he or she is not capable of doing without, with the said consumption being carried out compulsively with the aim of maintaining a state of well-being or avoiding the discomfort associated with withdrawal syndrome.

The subject in question has no control over consumption, constantly desiring it and carrying it out even though he may want and make various attempts to stop. The person in question spends much of his or her time and effort getting the substance. This addiction generates various problems and diminishes the person’s functioning in a great majority of vital domains and areas.

From occasional use to addiction

Being dependent on a substance or drug is a more or less long process (depending on the substance, frequency of use, amount and personality characteristics). The process begins with sporadic consumption that, despite not provoking the need to repeat itself or generating anxiety, ends up reappearing and gradually becoming more habitual.

With time, the body acquires a certain tolerance and it becomes necessary to consume more quantity in less and less separated periods of time in order to obtain the same effects as at the beginning. Consumption goes from being occasional to abusive, becoming widespread in various situations despite not being essential. Finally, as habituation increases, the subject needs more and more in less time, gradually losing control of consumption and even suffering adverse reactions in the absence of the drug.

The profile of the drug addict

Drug abuse and dependence can result from a wide variety of situations and circumstances, so establishing a typical profile of the subject with drug dependence can be complex .

However, through the analysis of representative samples of the population it is possible to establish a series of common characteristics among people who suffer from this type of addiction.

There is a wide range of substances and drugs capable of producing dependence. The most frequent is alcohol, which due to the social acceptance of its consumption in general and its popularity tends to cause almost half of the cases of substance dependence .

With regard to illegal drugs, cocaine is the substance to which most people are addicted (although cannabis is the most widely used, it does not usually lead to dependence), followed by heroin and other substances.

The different studies carried out regarding the type of individuals who suffer from drug dependence reflect that there is a higher prevalence of substance addiction among men than among women.

The average age of the drug addict is currently between twenty and fifty years old, with the onset of consumption often occurring during adolescence or early adulthood.

With the exception of alcohol addiction, in which about 62% of the cases have a partner, the most typical profile of the subject with drug dependence is that of a single person . In cases where there is a partner, there are usually marital problems and family problems, whether these are the cause or the consequence of the addiction.

When you think of a subject addicted to drugs, many people tend to think that they are people with a low educational level, without work or studies and with few economic resources. However, although in some cases this image inherited from the 1980s is true today, a large number of drug addicts are individuals who have at least primary and secondary education, in many cases even higher , having a job or profession that allows them to live with relative normality.

The exception, according to reports from Project Man, can be found in individuals who are polydrug addicts and/or heroin addicts . Individuals addicted to heroin or to more than one substance tend to belong to more unstructured environments, having more family and social problems, as well as health problems. In many cases, they do not have studies or a job.

With respect to the way of being of the addicted person, his personality and way of perceiving and acting in the world , there is also a great divergence between subjects. However, as a rule, they are usually people with difficulties in establishing limits and with little tolerance to frustration. They tend to have high levels of anxiety or frustration.

In many cases there are feelings of low self-esteem and an adverse self-image that they try to overcome through immediate gratification of needs and avoidance. Also is frequent the presence of emotional instability , relational dependence and low self-confidence. Sometimes they may have too high expectations, which they cannot achieve, although in other cases the problem is the absence of aspirations due to vital inhibition.

In many cases the origin of the addictive process can be found in the attempt to be socially accepted, to overcome one’s limitations or to alleviate a situation of pain, isolation and poor adaptation to the context.

6. They may seek to fill feelings of emptiness or despair.

Addiction to a substance doesn’t just appear out of nowhere. Sporadic contact or use of a drug may cause very different sensations that the user may consider pleasant, but in many cases behind continued use there may be the attempt to reduce anxiety and suffering . The psychoactive substance is used in order to fill an internal void, experiencing thanks to it sensations that help to avoid and distract from aversive and frustrating situations such as abandonment, family or social abuse or the existence of a disability or disorder.

In this way, the drug consumed becomes a role and a meaning for the drug addict, being an important element in trying to maintain a certain mental wellbeing by at least temporarily supplying the internal or external lacks and frustrations.

When dealing with drug addiction it will be necessary to identify and work on the meaning of the drug or the fact of getting high for the individual, what it represents for him and what it allows him to do, feel or stop doing or feeling.

7. They live in a socio-cultural context that promotes their consumption

The socio-cultural context is also an element to take into account when explaining drug addiction. In a society with a large number of social norms and impositions, some of which are applied in a partial or unjust way, many subjects turn to the consumption of illegal substances as a sign of rebellion , generating the social perception that consumption is positive. Living with this type of context in which consumption is valued in a positive way and is seen as a sign of rebellion and liberation facilitates contact with the substance, directly or indirectly inducing frequent consumption.

It is important to bear in mind that the socio-cultural context does not necessarily refer (although in some cases there is also some link) to the family environment, and many drug addicts are often raised in families with values that are contrary to consumption. Friendships, couples, work contacts or simply the knowledge that other people consume drugs as a mechanism of evasion, search for identity or protest can be other triggers for contact and subsequent dependence on substances.

Likewise, in cases where the addict decides to stop using, detoxification is much more complex if the stimuli received at the environmental and/or social level can be associated with the drug.