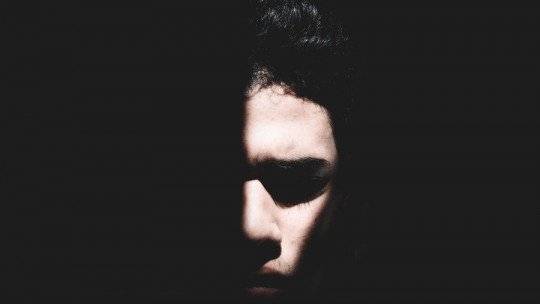 The power of the mind over our body is very high : the former is able to affect the functioning of the organism. Our heart and breathing rhythm, blood pressure, level of muscle tension, dilation or contraction of the pupils, sweating, the passage of blood, intestinal transit, and many other similar processes are greatly affected by our mental and emotional contents.

There are known cases of people who lose their memory of traumatic events due to their mind’s attempt to block out certain memories, or of others who have suffered medical illness, seizures, paralysis or speech problems from causes linked to mental suffering.

However, this relationship may even go beyond what most people think: our own minds can cause us to die. This type of death is known as psychogenic death , and it is about it that we will talk below.

What is psychogenic death?

We have probably heard of someone who is said to have died of grief shortly after the death of someone very close to him, or who has let himself die because he had no desire to live. Although in some cases this is an interpretation of what has happened to the deceased, this type of expression contains a truth that must be taken into account: it is possible to die from mental and emotional causes.

Psychogenic death is the death or condition that occurs in the absence of a pathology or physical medical condition that explains the death, and that has as its main cause the influence of the psyche on the functioning of the body and the energy needed to live .

In many cases the subject loses the motivation to live and in fact after a while he may end up dying. However, this is not a phenomenon derived from depression or other psychiatric conditions, but simply and despite not being something intentional and pretended (it would not be a form of suicide), the subject surrenders to death by losing the will to live.

Traditionally, it has been considered that psychogenic death is produced by some type of cardiac alteration generated by the experience of a trauma , such as a myocardial infarction or a stroke triggered by emotional stress. This is true in many cases.

However, it has also been discovered that many of these deaths, especially those not linked to fear or shame but to sadness, may have a different cause: the cessation of the motivation to live.

In physiological terms, the existence of an alteration at a previous cingulate level is assumed , one of the main areas that govern motivation at a behavioural level and allow the person to orient his/her actions towards concrete goals, which includes orientation towards survival. The experience of certain traumatic events may cause this area to stop functioning correctly, leading to a progressive loss of motivation and energy that may lead to death.

So-called psychogenic death does not occur suddenly (except in cases where the emotion generates a physiological response such as a heart attack), but it is usually possible to observe how these deaths occur along a process that can be relatively rapid, lasting from a few days to months or years. In this process , a series of stages or phases can be observed that will gradually bring the subject to an end.

During this first phase, the person begins to withdraw, isolate himself and move away from his environment. There is a tendency towards a certain self-centredness and separation from the world, as well as a progressive passivity and emotional indifference.

Usually this first phase occurs after some kind of emotional trauma , and some authors interpret it as an attempt to get away to rebuild. It is in the event of not achieving such reconstruction that the process is followed.

A second phase, more dangerous than the first, occurs when the subject begins to notice a total lack of energy along with a feeling of strong disconnection from reality. In this moment the subject can lose the instinct of preservation and stop fighting to develop and continue living.

Not only has the energy gone, but in this third phase so has the motivation and the ability to make decisions. There is a kind of mental numbness and a lack of mental and conscious content.

It is usual an extreme withdrawal that even can generate the forgetfulness of basic needs such as eating, but even though the subject does not have the capacity to motivate himself it is still possible to motivate him from the outside (now in the absence of such external motivation the subject will return to the situation of intense apathy and abandonment).

This fourth phase is one of the most serious, increasing the previous symptomatology in such a way that although there is consciousness there is a total lack of sensitivity. In other words, although they can feel, they are unable to react to the stimuli. Even if they feel pain or discomfort people in this state will not react or avoid harmful stimulation.

The last phase of the process is the one that leads to the real death of the person, after a stage in which no type of stimulation will make the subject react . There is no motivation to live and the subject lets go, which will eventually lead to death.

Although generally psychogenic death is the product of living through a traumatic event or experiencing intense emotions such as suffering or shame, the truth is that we can find different types of psychogenic death. Below we will see some variations of this type of death depending on what generates the lack of desire to live or the self-suggestion that they are going to die soon.

Among them we can find death by placement, born from the suggestion and conditioning of assuming that death itself will come when a concrete condition is given. The high level of emotional tension that this supposes will end up making the subject’s own psyche generate a real death for him. There are numerous historical records of people who have died in this way.

We also find among psychogenic deaths voodoo deaths, which also arise from the belief and suggestion by the sufferer that having been bewitched or having broken a sacred taboo will cause him to die. This is one of the most common causes of voodoo believers actually dying after being cursed , or what causes people who play with the Ouija board to suffer the same fate (which is why it is said that such acts only affect if the person believes in them).

A third type of psychogenic death is found in what is known as hospitalism . Hospitalism is a concept that refers to the separation of a child and his or her mother or attachment figure for a prolonged period of time. This separation generates great anxiety and anguish for the child, which may end up by losing its appetite and dying. This is the case, for example, of many children who are abandoned or separated from their parents at an early age, and who end up dying without a clear organic cause due to the deprivation of affection.

One type of avoidable death

Psychogenic death is not an inevitable process, but it is possible to reverse the process . First of all, work must be done on increasing the person’s activity, as well as on his or her perception of control over his or her own life and on the restructuring of maladaptive and dysfunctional beliefs, whatever the case may be among those exposed.

The traumatic situation that may have generated the beginning of the process must be addressed, as well as stimulating commitment to oneself and the reinstatement of healthy habits, to gradually add work on socialization and community participation. It may also be relevant to help find vital goals for the subject , reasons to live and to orient oneself towards.

Psychopharmacology can also help to encourage an increased will to live, by using stimulants and substances such as antidepressants to encourage activity and reduce passivity.