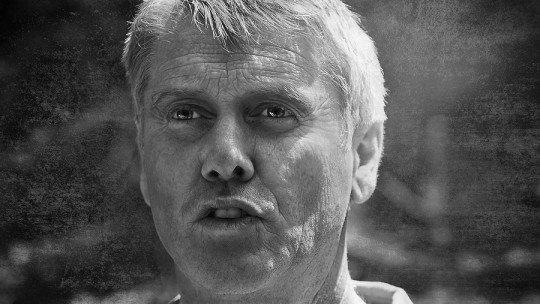 The movement is part of human behavior, and accompanies the actions we take when we express desires, needs, etc., as well as when we communicate or interact with others. When this is altered in any way, so-called psychomotor disorders appear.

In this article we will know the main psychomotor disorders , as well as their most characteristic symptoms. In addition, we will talk about what psychomotorism means.

Psychomotricity implies the performance of the person in interaction with cognitive and affective experiences, and includes two elements: muscle tone and kinetic harmony .

Muscle tone evolves throughout life, although it is in the first months of life when it is most important and when changes occur most rapidly. On the other hand, the kinetic harmony is the one that allows us to chain the gestural or motor movements and to locate them in time and space.

What are psychomotor disorders?

Psychomotor disorders involve the alteration or psychopathology of psychomotor skills . In other words, they imply anomalies, deficits or alterations in movement.

These alterations translate into difficulties in neurodevelopment, which affect the person’s perceptive-motor adaptation.

The main psychomotor disorders (and their symptoms) are as follows:

This is the most common psychomotor disorder. It is a type of motor hyperactivity, in which the person emits gestures, movements and behaviours in a rapid and successive manner and without a specific objective .

Stupor implies an inhibition or a psychomotor delay, and is characterized by a state of consciousness where an absence (akinesia) or reduction (hypokinesia) of movement and reactions predominate.

The person remains indifferent, alienated or distant from the environment that surrounds him. In addition, there is an absence of the functions of relationship and an absolute paralysis of the body . Mutism is also usually associated (the person does not speak).

Tremors are oscillatory muscle movements, around a fixed point in the body, in the form of involuntary shaking , rhythmic and rapid. The tremors that
are caused by alternating contractions of muscle groups.

They appear mainly on the head, face, tongue and extremities (especially the upper ones). These psychomotor disorders are more rare in the trunk. They can be of three types: resting, postural and intentional.

These are muscular movements in the form of violent and uncontrollable contractions of the voluntary muscles . They manifest themselves in one or several muscle groups or in a generalised way throughout the body.

They may appear associated with some diseases related to toxic-infectious conditions with brain involvement. Also, and especially, in epilepsy.

Tics are rapid, spasmodic, local muscle movements that are involuntary, isolated, unexpected, repetitive, frequent , purposeless and at irregular intervals. They occur in one or more parts of the body; rarely affect the muscles below the shoulders.

The most frequent tics are: eye winks, neck stretching, head movements to one side, frowning of the eyebrows, twisting of the corners of the mouth and blinking.

They affect more men than women, and often first appear in childhood (around age 7). A well-known psychomotor disorder with tics is Gilles de Tourette’s Disorder.

These are involuntary, exaggerated and persistent muscle contractions that are located in the voluntary muscles and muscle fibres of the internal organs. A specific and frequent type of spasm is the torticular spasm, consisting of a rotation movement of the head to one side.

We can differentiate several types of spasms: professional, Bamberger jumping and Salaam jumping .

It is a syndrome that encompasses a range of symptoms: catalepsy, negativism, stupor, mutism, muscular rigidity, stereotypes and echoes .

The person with catatonia manifests an immobile attitude and keeps the muscles rigid; thus, it is possible to place the individual in a forced, uncomfortable or anti-gravitational position and have him/her remain in the same position without trying to recover the original position for an indefinite time (this is the so-called waxy flexibility).

Following with the psychomotor disorders, the eighth one is the stereotypes, that is, the continuous and unnecessary repetition of movements or gestures that, unlike the tics, are organized and generally complex .

They typically appear in facial or general body mimicry. They are typical of disorders such as autism or schizophrenia. But we must differentiate between two types: the simple ones (appear in organic brain disorders) and the complex ones (are seen in non-organic psychotic disorders).

Mannerisms are movements called “parasites”, that is, what they do is increase the expressiveness of gestures and mimicry . They appear above all in psychopathological pictures similar to those generated by stereotypes (especially in psychotic disorders).

Examples of mannerisms are unmotivated or meaningless smiles and forced postures.

They are involuntary movements of the tongue, mouth and face . There are two types: acute and late. The late ones originate as side effects of some antipsychotics.

The last of the psychomotor disorders, apraxia, involves the difficulty of carrying out purposeful activities that require sequencing and coordinating a series of movements (such as getting dressed, sending a letter, etc.)

It translates into a difficulty in performing activities that require a certain level of psychomotor complexity . Apraxia in children is called “developmental dyspraxia”.