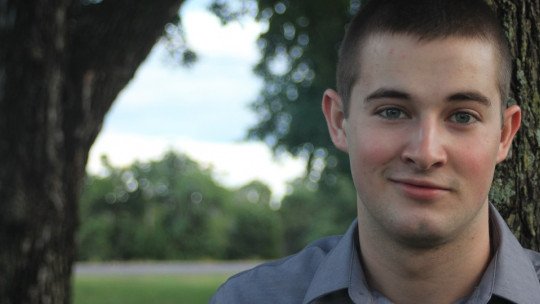 Whether it is because we have lived it in our time or because we have children or relatives in that moment of development, most of the population already knows that the stage of adolescence is a complicated time to live. It is frequent that during this period of development and maturation there are fights, discussions or even conflicts in the relationship between parents and children, or between adolescents and adults in general. Rebellion in adolescence is one of the main points that can make contact between young people and adults difficult.

But while it can be frustrating at times for both “sides”, it is not uncommon or bad: a large majority of people have at some point had some kind of rebellious and defiant phase with the establishment, something that is not only frequent but also healthy for the development of one’s identity. In this article we are going to talk briefly about what this phase of rebellion involves or why it appears and how to react to it in education and family context .

The first thing we have to take into account when talking about adolescence is the fact that, regardless of whether we are in rebellion or not, this is a complicated and strange time. Adolescence is the most relevant period of maturation and growth of our development, being this stage the step towards adulthood from childhood and passing approximately between eleven and twenty years of age.

In adolescence, puberty arrives and the body begins to undergo an accelerated transformation. Sexual characteristics appear, our voice changes, our size and strength increases greatly and great hormonal changes take place that alter our mood and behaviour .

At the same time, the child stage begins to be left behind and increasingly complicated, more adult, demands from society begin to appear. Some responsibility for one’s own actions is beginning to be demanded and social relations are becoming more and more important.

Parents stop seeing themselves as perfect beings and their limitations and the differences between them and the adolescent begin to be seen, despite the fact that they continue to be dependent on them. In general, there is a certain distance from family and friends, and the attention and preference of the future adult becomes focused on them.

Thought also changes, both as an effect of the maturing brain changes and by the psychosocial changes derived from them. It will be during the course of adolescence that a large part of the executive functions are developed, such as the ability to plan, orientate towards goals, initiate control and inhibit behaviour, the organisation of one’s activity or mental flexibility.

It is also a stage of exploration : in addition to all the above, new possibilities are opening up and a greater openness and search for experiences is appearing. Likewise, little by little, identity will be generated as different behavioural patterns are explored and the nuclear values that will drive our behaviour are selected.

Teenage rebellion: why does it happen?

By observing the previous point, we can identify and take into account some of the reasons why rebellion may appear in the adolescent. Below are some of them.

Some of the rebelliousness present in the adolescent has a biological origin (although this should not be used as a justification for undesirable behaviour). On the one hand, the brain and especially the frontal lobe and especially the prefrontal lobe are not yet fully developed, this being the main biological substrate that allows the development of skills such as response inhibition , control and management capacity or motivation and goal orientation.

It also highlights the fact that the brain of an adolescent is much more sensitive to the stimulation of neurotransmitters such as dopamine, something that promotes experimentation and the search for pleasurable sensations (being something that favors for example the taking of risky and dangerous attitudes to one’s health).

In addition, we must also take into account the presence of hormonal changes : testosterone is associated for example with an increase in competitiveness and aggressiveness, while the hormonal changes that occur during the menstrual cycle (which appears at puberty) can more easily generate irritability and mood changes.

Another reason for adolescent rebellion is the assumption of an egocentric thinking typical of the age: the adolescent believes himself invulnerable and omnipotent, being excessively confident in his own ideas and presenting biases that diminish the importance of information contrary to them.

It is more complex to detect and accept the existence of alternative visions of reality that are equally valid (although they may be opposed), considering them to be false or mistaken.

3. Search for autonomy and creation of identity

Another major cause of rebellion is the search for autonomy and the creation of personal identity. The adolescent is in a stage in which needs to experiment in order to determine who he is , performing different behaviours and observing whether or not they fit his values and preferences or the effects they have.

Rebellion can also be a search for autonomy, an attempt to be recognized by authority figures not as a child or in a submissive role but as an active and independent agent. He may be asking for a reduction of the boundaries that have existed so far, or he may be trying to achieve observation of himself as an independent subject.

While rebellion is often seen as frustrating or as a response to an unacknowledged authority , the truth is that the rebellious adolescent may also be asking for boundaries to be set that indicate what is right or wrong, how far he can go or what is expected of him.

5. Confusion about changes and demands

We have already indicated that the adolescent is immersed in a stage of continuous changes and contradictions: he is not a child but he is not an adult, he is required to take on responsibilities that did not exist until now and, although he wants autonomy, he also continues to want the affection of his family environment.

It is also common that they do not know where to direct their efforts, something that can generate great frustration . Likewise, the adolescent tends to feel misunderstood, not being for him his experience shared by others in the same way or with the same intensity. Rebellion may also appear as a response of frustration in the face of such contradictions and feelings.

During adolescence it is common for different interpersonal conflicts to appear. This is the stage in which friendships are more important, displacing the family in terms of focus of affection, and also in which the first couple relationships begin to take place. Likewise academic life becomes more demanding , which may lead to frustrations. All of this can have an effect on the adolescent, with rebellion appearing as a way of escape or emotional ventilation.

The phenomena discussed so far are normative, but we cannot leave out the possibility that rebelliousness or irritability may appear in response to aversive or painful situations that are not the usual ones. For example, the experience of bullying, consumption of toxics, abuse of some kind or the suffering of some mental health problem such as depression.

What do you do with a rebellious teenager?

It can be difficult to relate to a rebellious teenager, but the first thing to keep in mind is that with few exceptions, rebellion is actually positive because it will help them find their own way independently in the long run. The fact that there was rebellion does not mean that they no longer love their environment or that they no longer need their protection.

We must first try to be empathetic and understand the profound changes that the adolescent is undergoing. Fluid communication between environment and adolescent is also very important. It is not a question of forcing them to talk if they really don’t want to, but of showing that they are willing to listen. Sharing one’s experience can also be useful (all of us adults have gone through adolescence, after all) when it comes to having some kind of role model, although unsolicited advice is usually not well received.

And almost more important than talking is listening, it being relevant that the child feels heard. The adolescent is no longer a child and his or her opinion should be taken into account , in addition to the fact that active listening favours the expression of fears and doubts that other types of attitudes would not allow. Likewise, debating and valuing opinions on different subjects can help to improve mutual understanding.

Another aspect to take into account is the social environment in which the child moves. As we have seen before friendships have become one of the most important influences , being relevant to favour (without obliging) positive environments and to analyse problems such as school bullying.

We must also be careful not to be authoritarian and to respect the freedom and autonomy of the adolescent: in case of disagreement, negotiation can be an optimal way to find a position that pleases both parties. Prohibition or unjustified punishment will only generate reaction and possible more marked disobedience. However, the fact that rebellion is to some extent good should not cross certain limits: obvious disrespect and aggression should not be tolerated, and negotiating does not mean giving in to everything you want.