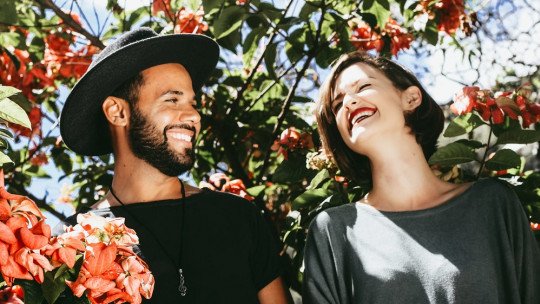 In a society where it is traditionally given in advance how and whom to love, is it possible for two people to maintain an intimate bond without any kind of label or hierarchy ?

At a time when the notion of romantic love still influences the conception of relationships, relational anarchy rises as an alternative to these dynamics . Throughout this article we will explain what this current of thought consists of and what its principles are

What is relational anarchy?

The people who carry it out, consider it a lifestyle in which the management of their relationship is subject to the own principles or rules of the members that form it and not to the social or cultural conventions in which they reside.

The relational anarchist maintains that love can take hundreds of forms , but none of them is subject to hierarchies, rules or laws imposed outside the relationship itself. Rather, these bonds must appear spontaneously and develop naturally. In this way, the components of the couple are totally free to agree and determine what they want both for their relationship and for the bonds with the rest of the people.

Within these dynamics, people who follow relational anarchism often do not differentiate between bonds that are traditionally considered “couple” and those that are not. Rather, they take a much more flexible view of what can happen and what is within these relationships.

However, it is necessary to specify that relational anarchism does not mean that people do not have any kind of commitment within their relationships , but that they themselves establish their own level and type of commitment according to the feelings they experience in the relationship with the other person.

As described above, it is possible to confuse relational anarchy with polyamory . And while it is true that many relational anarchists have various sex-affective ties with other people, they will never categorize one relationship or the other on this basis.

Where and when did it come up?

Although it is not clearly established the exact place and time in which the relational anarchy began to be established, it is hypothesized that it is a current of thought derived or born within the polyamorous community .

In 2006, the Swedish author Andi Nordgren defined and explored this dynamic in relationships in a paper called Manifesto on Relational Anarchism . In it she set out, from her point of view, the principles by which relational anarchism was governed.

As mentioned above, the writer Andi Nordgren wrote a manifesto explaining the bases or principles of relational anarchy.

What these principles say is this.

1. “We can love many people and each relationship is unique”

Relational anarchy considers love as something infinite and unlimited . It is therefore susceptible to being exchanged with more than one person, without this being harmful to anyone.

This current of thought advocates appreciating each and every one of our relationships independently, without labels, hierarchy or comparisons.

Love and respect instead of rights”

Another of the great principles for which relational anarchism is famous is the suppression of the idea that, in an intimate relationship, the two members possess a series of rights over each other. In other words, in all and any cases, respect for the independence and self-determination of the other takes precedence over everything else, including obviously one’s own desires or interests .

One of his star ideas within this manifesto is: “love is more real to us when people commit themselves simply because that is part of what is expected to happen”.

People have the right and the duty to elaborate their own map of personal values and apply it in their relationships with other people , always from the consensus and the communication with the other.

A real relationship cannot follow elaborate rules imposed outside the person, since each subject is different and has a different way of conceiving love.

4. “Heterosexuality is everywhere, but let’s not let that scare us”

Broadly speaking, what this principle means is that even though our society and culture push us in a certain direction as to who we should or should not love, we should not be afraid to love anyone regardless of their sex or gender , since it is our right to decide.

5. “Spontaneity instead of obligation”

Any person has the freedom to express his or her love spontaneously, without any ties or obligations , and following a sincere desire to know the other person.

Because of the influence of the society in which we live, it can be difficult to break with the traditional view of love and relationships. To achieve this change, the author advises using the imagination.

According to this strategy, the person can imagine a situation in which he acts and responds as he wishes , and not as the rules dictate. This way it will be much easier to apply it to real life.

Another option is to seek the support of others with the same ideas or in the same situation to facilitate this change or transition.

The person determined to integrate himself into relational anarchism must accept the idea that the people around him and those he loves have no intention of causing him any harm . If the person adopts a position of trust, instead of suspicion, doubt or suspicion, he will be able to maintain totally free relationships in which it will be much easier for him to let go of another person if he so wishes.

In order to achieve all of the above, communication between the people who form a bond must be constant and sincere . Real relationships must revolve around communication, not talking about feelings only when problems arise.

9. “Let’s design the commitments to our measure”

Finally, relational anarchy does not imply the suppression of commitment, but quite the opposite. It is based on the fact that in every bond between people it is made clear what commitment exists between them .

This trend understands that there are different forms of commitment that do not have to be incompatible with certain behaviors or feelings, and encourages people to explicitly express what kind of commitment they want with others.