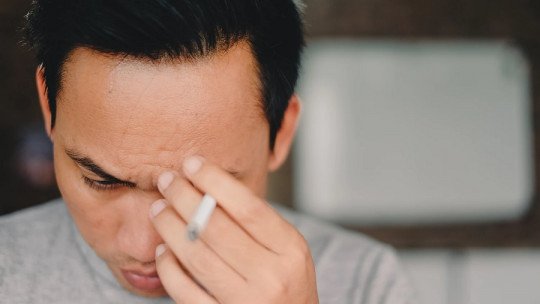 OCD is a condition that falls under the classification of anxiety disorders and can result in great disability in people’s lives.

When talking about OCD, the most common thing is to think about those sickly subjects of order, cleanliness, pollution … But really OCD can be about any subject, and one not so well known is the Relational OCD . Do you want to know it?

What is relational OCD?

Relational OCD focuses on the relationships the person has with other individuals such as children, parents, partners (love OCD), strangers… even towards oneself. Very distressing obsessions are generated with regard to the person who is the target of the ruminations, and the ties that unite them may be broken to avoid discomfort, and the pattern is repeated in similar relationships.

Such thoughts can be very painful, and starts a real investigation about the feelings towards the person , looking for the why, even doubting them and fighting to avoid them without success (the more you want to ignore a thought, the more it appears) turning them unintentionally into the most frequent topic of the day to day and generating a discomfort that can incapacitate the one who suffers it because of the distraction and anxiety it produces.

We will illustrate this with an example. A parent stressed by the beginning of his child’s upbringing involuntarily creates an image in which he appears to throw the child out the window. The thought is seen as something horrible, unacceptable, which is then analyzed again and again until conclusions are reached such as: I have thought that because I don’t love my child, I am a psychopath and I shouldn’t raise him because I will hurt him.

In reality this person loves his child and would never hurt him, but when the chain starts and becomes common in the person’s head, it seems impossible to stop and above all, it gives him truthfulness that creates a very pronounced suffering.

The sequence of thoughts we saw in the previous example is very common in OCD, since it tends to magnify the importance of the mind creating a particular image or idea by causing the person to go crazy looking for reasons for something he or she is not really responsible for.

By adding guilt, rumination, the search for inexhaustible reasoning, binary thinking , the search for perfection and the non-acceptance of mistakes (all typical characteristics of people with OCD), a new world is created in which there is room for thoughts such as being a horrible person for having that image, being guilty for having thoughts of a certain kind, inability to accept that one has not been responsible for that mental process and that it has no real repercussions, and so on.

This makes the person a victim of his mind and an executioner of the actions he starts to carry out to prevent, check and search for a logic . One of these checks can be to look for and compare oneself with other people who share similarities as if the other party were the perfection in which to see oneself reflected.

It is a vicious circle that is difficult to break and usually is based on very rigid and strict cognitive patterns in which setting a foot outside that limit “means something horrible and unacceptable of which you are guilty”. The need to have everything under strict control means that the thoughts that are supposed to be “bad” have been caused by the person “since he has everything under control and should be able to control what his head believes”.

The anxiety generated can manifest itself as panic attacks at the thought or rumination of it or as a final response of the body to endure very high levels of discomfort. On the other hand, the blame component is shared by the depressive disorder , which can make OCD comorbid to the anxiety disorder, the depressive or both.

If you know someone with this type of OCD or think you might have it, don’t panic: OCD is treatable in all its manifestations, and the most effective way is to combine psychiatric drugs with cognitive-behavioral therapy. Pharmacological treatment should be prescribed by a psychiatrist , who, depending on the symptoms, will recommend a specific type of medication.

No OCD is the same for different people and people are not the same in response, so we should not take the medicines of an acquaintance with the same disorder. On the other hand, seeing a psychologist for cognitive-behavioral therapy will help you recognize why you have obsessive ideas and work on feeling better.

But watch out! There are people who leave therapy when they see an improvement . Keep in mind that relational OCD is like all OCD: It goes through good and bad phases, and it’s best to follow up with your therapist and psychiatrist, even if you’re feeling better. What’s more, since relational OCD usually occurs with people close to you, it’s easy for relapses to occur due to multiple relational causes, such as seasonal changes in atmospheric pressure or stressful periods.

It is common for the person to keep these thoughts for months and even years without communicating them to anyone because of shame, fear… even for thinking that he or she does not really suffer from an emotional pathology and the thoughts are accurate (the average for receiving specialized help is usually two and a half years).

But the reality is that when those who are suffering from it talk to mental health professionals, their family and people involved, they find a point of support that can be critical to treatment and recovery. Like other recommendations, sport is fundamental, as is maintaining good communication, eating well and getting good rest.