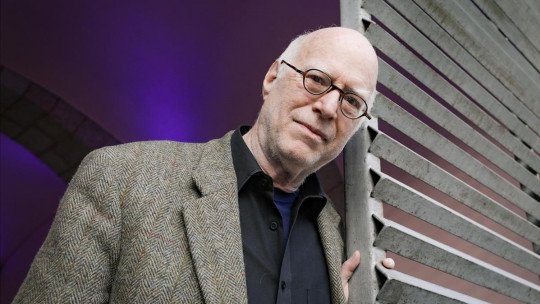 Richard Sennett is an American sociologist known for his research on social relations in urban environments, for his studies on the effects of life in cities on individuals in modern society today or for his various academic works on the nature of work and the sociology of different cultures over time and history.

In this article we explain who Richard Sennett is, and review his main published works. 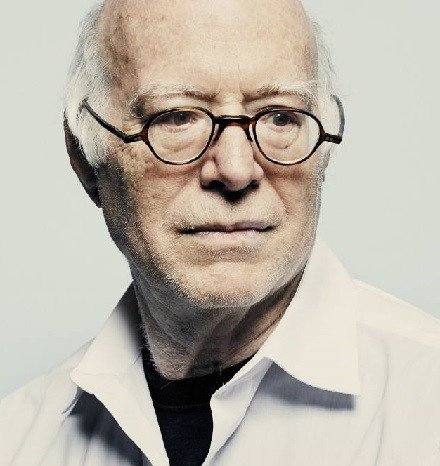 Richard Sennett is an American sociologist whose thought can be placed within the philosophical tradition of pragmatism. He was born in Chicago in 1943 and grew up in the Cabrini-Green houses of this American city. As a child he was trained in music and learned to play the cello, although due to a hand injury he had to end his musical career.

Sennett briefly attended the University of Chicago and then entered Harvard , where he studied history with Oscar Handlin, sociology with David Riesman and philosophy with John Rawls. He earned his PhD in the history of American civilization in 1969, and has since published several works on sociology.

Over the past five decades, Sennett has written about social life in cities, changes in forms of work and phenomena related to the activity of human societies. His books include “The Corrosion of Character”, which won the European Sociology Prize.

He has also had a prolific public career, first as founder of the New York Institute of the Humanities and then as President of the American Council on Labor. For thirty years he has served as a consultant to various agencies within the United Nations; and more recently, he wrote the mission statement for Habitat II, at the Conference on Housing and Sustainable Urban Development.

Five years ago, Sennett created Theatrum Mundi (“The Theatre of the World”), a foundation dedicated to research for urban culture and whose board of directors he currently chairs. Among other awards, Sennett has received the Hegel Prize, the Spinoza Prize, an honorary doctorate from Cambridge University and the Centenary Medal from Harvard University.

The academic works of Richard Sennett deal mainly with the development of cities , the nature of work in modern societies and the sociology of cultures.

Below, we describe some of the most important works in his academic career.

Urban life and personal identity: the uses of disorder

In this book, Sennett shows how an overly ordered community pushes adults into rigid attitudes that stifle their personal growth. The author argues that the ideal of accepted order generates patterns of behavior that are both stunning and inciting to violence.

Sennett proposes more functional cities that can incorporate anarchic elements , more diversity and creative disorder in order to provide adults with the ability to respond to and openly face life’s challenges.

In this work, entitled “The hidden injuries of Class” in its original version, Richard Sennett treats the concept of class not as an economic or statistical issue, but as something that has to do with emotions. Sennett, with the collaboration of Jonathan Cobb, isolates the “hidden signs of class” through which today’s worker measures his own value against those lives and occupations to which our society gives special meaning.

The authors examine intimate feelings in terms of the totality of human relationships within and between classes , and looking beyond, although never ignoring, the struggle for economic survival. This work goes one step beyond the sociological criticism of everyday life.

The authors criticize both the claim that the workers are melting into a homogeneous society and the attempt to “save” the worker in order to place him in a revolutionary role, as is done from the conventional socialist approach.

In this book Sennett discusses the nature, role and faces of authority in personal life and in the public sphere, as well as the concept of authority itself.

This book tries to answer questions like the following: why have we become so afraid of authority? What real needs do we have for authority: guidance, stability, images of strength? What happens when our fear and our need for authority come into conflict?

In exploring these questions, Sennett examines traditional forms of authority (the father in the family, the lord in society) and dominant contemporary authority styles, and shows how our needs for nothing less than our resistance to authority have been shaped by history and culture, as well as by psychological dispositions.

4. The decline of the public man

Richard Sennett shows in this work how our lives today are deprived of the pleasures and reinforcements of social relationships with strangers.

Sennett shows how, nowadays, the stranger is a threatening figure; how silence and observation have become the only ways to experience public life, especially life on the street, without feeling overwhelmed; how each person believes in the right, in public, to be left alone.

And according to him, due to the change in public life, private life is distorted as we necessarily focus more and more on ourselves , in increasingly narcissistic forms of intimacy and self-absorption.

Because of this, Sennett concludes that our personalities cannot fully develop because we lack that simplicity, that spirit of play and the kind of discretion that would allow us to have real and pleasant relationships with those we may never know intimately.

Based on interviews with fired IBM executives in Westchester, New York, bakers in a high-tech bakery in Boston, a waitress turned advertising executive and many others, Sennett explores the disorienting effects of the new capitalism .

It reveals the vivid and illuminating contrast between two worlds of work: the vanished world of rigid and hierarchical organizations, where what mattered was a sense of personal character, and the brave new world of corporate re-engineering, risk, flexibility, networking and short-term teamwork, where what matters is being able to reinvent yourself on a dime.

In “The Craftsman”, Richard Sennett names a basic human impulse: the desire to do good work for oneself . Although the word may suggest a way of life that diminished with the advent of the industrial society, Sennett argues that the realm of the artisan is much broader than skilled manual labor.

According to him, jobs such as computer programmer or doctor, parents and citizens themselves need to learn the values of good craftsmanship today.

In this work, Sennett argues that cooperation is a craft , and the basis for skilful cooperation lies in learning to listen and debate, rather than argue. Sennett explores how people can cooperate on the internet, in schools, at work and in local politics.

It traces the evolution of cooperative rituals from medieval times to the present day, and in situations as diverse as slave communities, socialist groups in Paris or workers on Wall Street.

8. Building and Living: Ethics for the City

In this extensive work, Richard Sennett explores the differences between how cities are built and how people live in them , from ancient Athens to the Shanghai of the 21st century.

In addition, he argues for “open cities” where citizens actively analyze their differences and planners experiment with urban forms that make it easier for residents to cope with their daily lives.

Richard Sennett calls for a return to a culture of the material that reconciles the relationship that we humans have with nature and with the way we live and inhabit our cities. For Sennett, current capitalism is hostile to the construction of life and is partly responsible for the loss of the notion of the artisan in the workplace.

Sennet advocates recomposing the relationship between life and work, calling for workers not to mass-produce and to be able to work more in the long term, in jobs that may be technologically advanced but at the same time, like former craftsmen, have the ability to pause and reflect on what is being worked on.

For Sennett, craftsmanship connects people to their material reality and allows them to make mistakes, learn from mistakes by avoiding obstacles, the best way to ensure deep inner satisfaction and to earn the respect of others. In a world in which speed and prevail, the American sociologist continues to believe in values such as patience, practicality and the importance of work well done .

In addition, Sennett is clearly against the devaluation of certain skills in modern societies, as a few are systematically rewarded for their ability to perform certain tasks, while the rest of the common people are left in the gutter to fend for themselves in a life devoid of respect and dignity.

However, Sennett’s pragmatism has constantly pushed him to seek practical solutions to each and every one of the problems he has revealed in his works, and he himself has declared himself to be an optimist, despite the fact that he is aware that if we continue as we have been up to now, we are heading for a progressive disappearance.