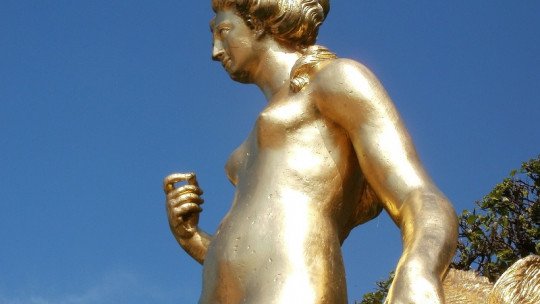 Mayer-Rokitansky-Küster-Hauser syndrome ( MRKHS , is probably the most unknown and complex genital disease a woman can suffer from.

In today’s article we will try to identify the signs and symptoms of this disorder, as well as its causes and possible treatments to improve the sexual and psychological health of women who suffer from it.

This is a congenital malformation that occurs during pregnancy, resulting in the birth of girls who do not develop, or who have an early development of the tubes of the uterus, neck and vagina. The ovaries, on the other hand, are present and functional.

Apparently, the appearance of the vagina is ordinary, with inner and outer lips, clitoris and hymen, but behind the hymen, there is an “impassable wall” or, at best, a very short duct.

Currently, it is estimated that there is a prevalence of 1 in every 5000 women with this condition.

Generally, the diagnosis is made in the adolescent stage , because patients go to the gynaecologist because their menstruation does not appear ( primary amenorrhoea is the main characteristic of the syndrome). The consequence of this lack of menstruation, will in the future translate into the impossibility of having biological children .

In other cases, it is the great difficulty in maintaining sexual relations that causes patients to come for consultation. Let’s think that in the most extreme cases, only the most external part of the vagina was formed, finding a “wall”, behind the hymen, not a cavity, as it normally happens.

Once diagnosed, there are two alternative procedures, depending on the severity, to solve the problem.

For women who do have a small cavity, vaginal dilators are usually used, which will increase in size, for a time until a depth of 9 – 11 centimeters is reached. About 20 minutes a day is recommended.

It is very common to find that there is no cavity at all, just a wall behind the hymen. In this situation, doctors of recognized prestige, like Ivan Mañero, intervene using a piece of intestine, to make the vaginal cavity with it. After a month of recovery, patients must use the dilators, as in the previous case.

What’s going on on the psychological level?

The diagnosis of this disorder, usually causes a strong emotional stress in the patient, due to the implications in the future sexual and reproductive life.

The inability to become pregnant due to the absence of a uterus is usually the most difficult aspect to accept. Many of these women wanted to have biological children and the psychological impact is very strong when they are aware of what is happening. Therefore, it is very important to psychological treatment , to accompany the patient throughout the process.

A psychotherapeutic consultation is advised to evaluate the patient and parents and to discuss the ideal and timely timing of the construction of the vagina or the use of non-surgical treatments.It must be made clear that from the beginning there are techniques available that allow the creation of a neovagina suitable for an almost normal sex life.

There are associations dedicated to the emotional support of people and families with this type of condition . They listen to the patients and put them in contact with other people who have the same disease; they integrate them directly or via the internet into group therapies where they can share their experience of the disease or treatment.

GRAPSIA and Rokitansky’s Nymphs are two of the main associations for this purpose. They provide information to young people and adults with this and other diseases and have informative material on the subject.

Finally, it should be noted that in the vast majority of cases, according to Dr. Patricia Montull, patients revive emotionally and psychologically after the operation . They feel like living again and in many cases, they do not even require subsequent psychological attention.

Interview with a girl with Rokitansky Syndrome

In Psychology and Mind and thanks to our collaborator Sheila Robles, we have been able to interview a person affected by this syndrome. We invite you to meet her at:

“Interview with Lia, a woman with Rokitansky syndrome”