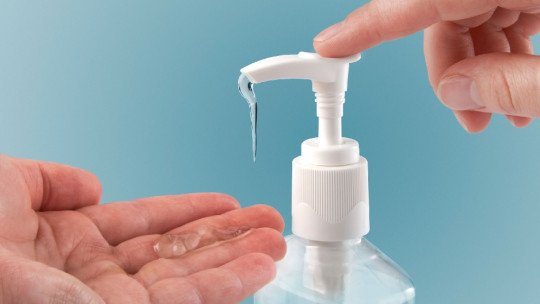 Human beings can be afraid of all kinds of stimuli, from harmless animals related to others that posed a threat to our ancestors to modern means of transportation and even water or feces. We speak of phobia when the fear of any entity or situation is very intense and chronic.

The fear of dirt, which is known as “ruptophobia” or “misophobia” , is one of the many phobias that have been identified. Although it is not one of the most frequent, it is interesting to analyze ruptophobia due to its clinical characteristics, such as its relationship with obsessive-compulsive disorder and the high degree of affectation it can cause.

At the diagnostic level, ruptophobia falls under the category of “specific phobia” described in the DSM and CIE manuals. Phobias are intense and irrational fears that cause significant distress and/or interfere with the normal functioning of the sufferer, in many cases by actively avoiding what is feared.

In the case of ruptophobia the phobic stimulus is dirt understood in a broad way : while some people fear specific types of “dirt”, such as microbes (in this case we would speak of germophobia or bacillus), others are afraid of the possibility of coming into contact with anything they perceive as potentially contaminating.

Obsessive-compulsive disorder, often abbreviated as “OCD” , is characterized by the presence of obsessions and/or compulsions. Obsessions are intrusive thoughts or images that cause emotional tension, while compulsions are behavioral or cognitive rituals that are used to reduce this anxiety.

One of the most common types of obsessive-compulsive disorder relates to dirt: obsessive ideas have to do with the possibility of contaminating oneself or others, while compulsive rituals are associated with cleanliness. A typical example of a cleansing ritual is washing your hands a specific number of times in a row.

In cases where the symptoms of OCD and specific dirt phobia coincide, a diagnosis of obsessive-compulsive disorder is usually imposed, since ruptophobia is usually a secondary symptom. However, if the irrational fear is more significant than the obsessions or compulsions, a primary diagnosis of specific phobia may be warranted.

Ruprophobic people experience intense feelings of anxiety and fear when they come into contact with the phobic stimulus. These lead them to want to “escape” from the dirt, mainly by moving away from it or removing it from their body, as well as trying to avoid it; this is why they can end up isolating themselves in a practically unpolluted home.

Sometimes the anxiety becomes so intense that the episodes known as panic attacks appear. According to the DSM-IV the symptoms of these crises, which include both physiological and cognitive manifestations, are the following:

Ruptophobia can pose relevant difficulties since, unlike other phobic stimuli such as airplanes and big cats, dirt is omnipresent in everyday life. Therefore, in serious cases of misophobia, anxiety can be practically constant, depending also on the extent of the personal concept of dirtiness.

Causes of fear of dirt

Research on anxiety disorders suggests that the degree of physiological reactivity has an important hereditary component; this would explain the greater biological predisposition that some people have to develop this type of alteration. However, the way in which this anxiety manifests itself varies depending on the specific case.

Most irrational fears are acquired as a consequence of one or more traumatic experiences . In the case of ruptophobia this may be less common than in other specific phobias, although it is technically possible that contact with dirt may cause problematic health alterations.

In the fear of dirt, vicarious learning and modeling can be very influential. Thus, people whose parents were very concerned about cleanliness would be more likely to develop this type of phobia rather than other anxiety disorders. Similarly, cleaning OCD often occurs in people who have been raised this way.

If we conceive ruptophobia from an evolutionary perspective, the most logical hypothesis is that the predisposition to feel fear of contamination, and therefore rejection of potentially polluting objects, would have been adaptive to prevent contagion and infection. Something similar happens with the fear of wounds or animals such as rats and worms.

Whatever the origin of the fear of dirt, it is important to note that the avoidance of contact with the phobic stimulus is usually the main maintenance factor in any type of fear. This avoidance is usually sustained by unrealistic expectations that should be refuted by non-anxious approaches to the stimulus.