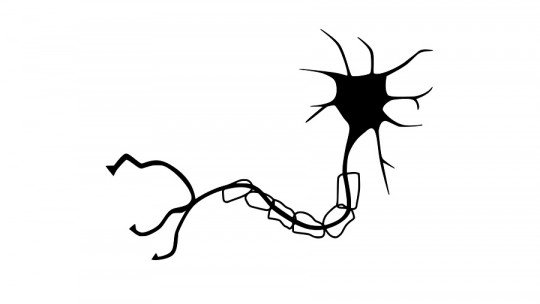 The Schwann cells of the peripheral nervous system collaborate with neurons and play a fundamental role in the conduction of the nerve impulse, as the cells responsible for covering the axons with an insulating substance that enhances the speed at which information is transmitted.

In this article we will see what the Schwann cells are, what their functions are, how they grow and develop and what type of pathologies are related to them.

What are Schwann cells?

Schwann cells, also called neurolemocytes, are a specific type of glial cell located in the peripheral nervous system. Glial cells are cells of nervous tissue responsible for carrying out auxiliary and support functions of neurons (support, nutrition or guidance and control of neuronal migrations in the early stages of development, among others).

These cells are named after the physician and anatomist Theodor Schwann (1810-1882), father of the cell theory that postulated that all living beings are composed of cells and products made by them, a theory that marked a paradigm shift in the way of conceiving life in the nineteenth century.

Schwann cells maintain a close relationship with neurons from their origin in the embryonic tissue, playing a fundamental role in guiding and controlling the growth of the axon . Let us now see what functions these cells perform.

Functions of these cells

These cells appear to be unique in their ability to stimulate growth and regeneration of the peripheral nerve .

The Schwann cells located at the axon terminals and at the synaptic buttons of the neuromuscular junctions, perform a physiological support to maintain the ionic homeostasis of the synapses (self-regulation and maintenance of constancy in the composition and properties of the synapses).

Another key task these cells perform is to form a myelin sheath around the axons of the PNS, a function performed in the CNS by their counterpart cells, the oligodendrocytes.

Unlike the latter, which can form myelin sheaths in several different axons (extensions of the neuron responsible for conducting the nerve impulse), Schwann cells can only form a segment of myelin in a single axon, a mechanism that facilitates the nerve impulse to spread more quickly.

Neurons of the peripheral nervous system transmit nerve impulses more or less rapidly depending on whether or not their axon is covered by the myelin sheath, an insulating layer composed of proteins and fats. This sheath is not continuous, because Schwann cells cover only 100 micrometers in length at a time, leaving tiny grooves between the sheath and the pod, known as Ranvier’s nodules .

These nodules facilitate the transmission of the nerve impulse or action potential, allowing the electrical activity passing through the axons to be maintained at an adequate speed until it reaches the cell body or soma of the neuron. This activity is produced “in jumps”, hence the name Neuronal Jumping Conduction.

Although the nature and origin of the factors involved in the processes of proliferation (the increase in the number of cells as a result of their growth and multiplication) are still unknown, it is known that Schwann cells proliferate during the development of peripheral nerves in basically three contexts:

1. During normal development of the peripheral nerve

Along with the rest of the cells.

2. After a nerve injury

That is, due to mechanical trauma, neurotoxins or diseases that cause damage to the myelin.

In this way, can proliferate anywhere in the peripheral nervous system , as occurs with neurofibromatosis or acoustic fibroids.

The development of Schwann cells starts in a first embryonic and neonatal phase of rapid proliferation, followed by the interruption of the proliferation and its final differentiation. In their normal development, this type of cell goes through two fundamental stages: migration and myelinization .

In their migration phase, Schwann cells are long, bipolar, with a composition rich in microfilaments and without basal lamina or myelin to cover them. They are placed on the nerve, over the axons in their final position , so that they divide into small groups of several axons surrounded by one or two Schwann cells.

Subsequently, the cells continue to proliferate and the number of axons each one contains decreases. Simultaneously, axons with larger diameters begin to segregate from their peers and isolate into a single Schwann cell.

At this stage, the connective tissue spaces of the nerve are already better developed and the cell is already able to assemble basal lamina . The future maturation and myelination of the cells will depend on the correct assembly of this basal lamina.

Pathologies involving these types of cells

The functionality and survival of Schwann cells as part of the peripheral nervous system can be compromised by multiple factors of diverse origin: infectious, immune, toxic, traumatic and tumorous.

Among the most common infectious factors are Hansen’s bacillus and Klebs-Löffler’s bacillus . Although the changes these microorganisms cause in Schwann cells are not yet fully understood and continue to be studied and researched, there are indications that a Hansen’s bacillus infection could stop the proliferation of these cells and the myelination of axons.

Among the most common metabolic disorders is diabetic neuropathy , in which Schwann cells have an excessive accumulation of lipid bodies in their cytoplasm. This accumulation seems to reflect an alteration in lipid metabolism, producing demyelination, without it being known whether it is primary or secondary to an axonal alteration.

The tumor factors affecting Schwann cells are usually benign and are classified into four groups: Schwannomas, neurofibromas, plexiform fibromas and malignant fibromas. In addition, there are a large number of metabolic immune alterations that modify Schwann cells, causing demyelinating processes that are generally secondary to axonal lesions.