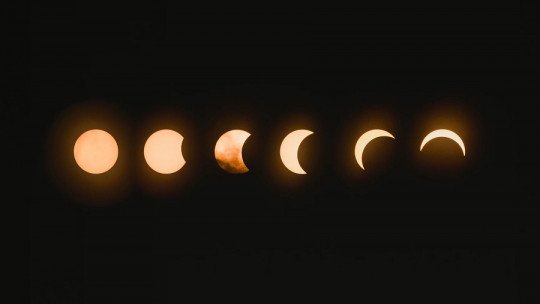 The moon is the queen of the night, who is accompanied by her thousands of vassals, the stars, or at least more than one artist has seen her like this.

Selenophilia, that is, the attraction to the Moon , is a word used by those who are fascinated by this nocturnal star, although, perhaps, unaware of the possible confusion that can be caused by using the term ‘filia’ in the field of psychopathology.

Is selenophilia a disorder? Should I be concerned about seeing the beauty of the moon? What symptoms do you have? All of these questions will be answered throughout this article.

Selenophilia (from the Greek ‘Selene’, moon, and ‘philia’, love) is the most striking attraction to the moon. Although its name might imply that people who feel this particular attraction to the only satellite on Earth have some kind of sexual perversion, the truth is that does not refer to a psychological disorder .

It should not be thought that selenophilia and selenophiles should be classified in the same group as other types of rare attractions, such as pedophilia, zoophilia, and necrophilia. These three examples here are true paraphilic behaviors, and in all three, someone or something is harmed. In the case of selenophilia, it is simply a matter of a certain intellectual and artistic attraction towards the moon, not a desire of a sexual nature towards this satellite.

In no diagnostic manual does the word ‘selenophilia’ appear as if it were a paraphilic disorder. It does not qualify as a disorder of any kind, and if you try to find symptoms, you may not find any that are particularly worrisome. What is possible to talk about is a series of characteristics that selenophilic people have .

Usually, Selenophilic people are the ones who use this label, using it to refer to themselves and only with the intention of differentiating themselves from the rest of the people who do not feel this special attraction towards the Moon. Selenophiles are often bohemian people, who like to go to sleep late at night looking at the dark sky lit up by the pale star. Many of them consider themselves to be nictophiles as well, i.e. attracted by the enveloping darkness of the night.

The moon has always inspired, and not few artistic works have been dedicated to it . In fact, Selenophiles are people who tend to express themselves through art. To give just a few examples: From the Earth to the Moon (1865), book by Jules Verne, Moonlight (1801), sonata by Ludwig van Beethoven or Fly me to the moon (1956), song by Frank Sinatra and ending by Neon Genesis Evangelion. The Moon, as we can see, has always been a beautiful star that has been the muse of great artists.

Although this cannot be completely assured, it is not uncommon to find that people who feel this aesthetic desire for the Moon are rather introverted individuals, who prefer to gaze at the night sky in their solitude. They also consider themselves to be people with above-average intelligence and a deeper capacity for reflection.

As we have seen before, selenophilia is not a disorder, so there are no pathological causes for it either. As the saying goes, for tastes, colors, and in terms of attraction to things, there is everything. Humans present individual differences, which give humanity a wide spectrum of variety, shown in the form of traits, opinions and, as in the case of selenophilia, tastes.

However, it is possible to relate the presentation of certain personality traits to this peculiar attraction to the moon . In fact, as we saw before, it seems that introverted people with a particular capacity for reflection feel this interest in the only satellite on Earth.

Also, although it is much to assume, presenting above-average intellectual capacities seems to be related to selenophilia. What can be assured is that people with marked artistic interests are fascinated by how this star decorates the night sky .

Since it is a preference and not a disorder, it is difficult to find negative consequences of selenophilia.

However, it can be said that those people who stay up late at night contemplating the Moon may be depriving themselves of sleep, which negatively affects their circadian cycles. Thus, by altering the normal sleep cycles , the individual could be tired and irritated the next day, or fall asleep in broad daylight, neglecting tasks that must be done in the daytime, such as work, study or relationships with family and friends.

On the other hand, the fascination for the Moon has been something that has contributed significantly to art and culture, since all over the world attention has been devoted, in one way or another, to this satellite. Also, from more philosophical and religious perspectives, has been dedicated to meditate on this satellite , allowing to know in a closer way the nature of the world.

Do you require selenophilia treatment?

Since it is not a real paraphilic disorder, it does not require treatment either. As we have already mentioned, a philic is understood as any attraction to something that implies a real pathological problem, that is to say, a type of sexual preference that implies harm either to the person who feels it or to the person who performs it, such as pedophilia.

Selenophiles will hardly see their life diminished by feeling a strong attraction to the moon. They value the beauty of the moon more than other people, without it touching their sexual desire or wanting to commit perversions against this star. There is no suffering either for those who have selenophilia or for the object of their attraction, the Moon.

What would require treatment are the sleep disorders that can be caused by taking this fascination to the moon to the extreme. As we have seen, prioritizing moon watching at night and not going to sleep when it is convenient can negatively affect a person’s health. In that case, a professional should be consulted to treat this behavior and, if necessary, take medication to readjust the circadian cycles.