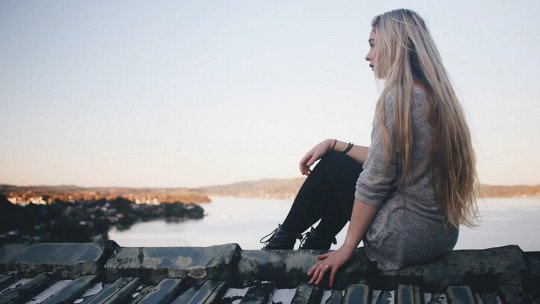 Juan has a date with a girl he likes very much, however moments before the date he is not feeling very well and he cancels it. Maria has started a new project that could mean a big change and progress in her life, but she never has time to finish it.

On many occasions people are involved in this type of dynamic. In certain cases the circumstances are not really in their favour; however, in most cases the main obstacle is the person himself, who , for fear of future changes, falls prey to self-sabotage . Let’s see what this phenomenon consists of.

Self-sabotage and all those behaviours that are related to it, are unconscious acts that appear in the moments that can make a big change in people’s lives, of whatever kind. These behaviours tend to hinder the attainment of goals or achievements through unconscious self-manipulation.

The aim of self-sabotage is to keep the person within their comfort zone , within which everything is easy or at least predictable. It is also a type of unconscious defence mechanism through which the person tries to avoid possible future suffering, stress or unknown situations.

There are a lot of possible causes for self-sabotage . Taking into account these causes, it will be easier for the person to avoid them and thus more easily achieve what he or she wants. These causes can be:

All these signs, beliefs and traces that inhabit the person’s mind appear in an unexpected way, acquiring control over the person and his behaviors and interfering in the projects and possibilities of evolution of the person .

Self-sabotage is a manifestation of all those aspects that the person is unable to accept from himself, all those beliefs based on fears and that, over time, by dint of not being confronted, have gained weight and power within him.

Therefore, these obsessive thoughts and harmful behaviors are only a symptom that there is something deep within the thought that must be examined . Even though on many occasions poking around in these thoughts is not pleasant, this assessment of oneself can be an opportunity to move forward and to learn how to face any future situation that may arise.

There are a series of defining characteristics of self-sabotage, which make it appear before certain situations but not before others. In other words, a person who unconsciously sabotages himself when facing a certain aspect or circumstance in his life does not have to do so in all the others.

These self-sabotaging behaviours appear mainly in situations that involve a great deal of responsibility or when the person has to make an important decision that will involve some kind of change in his life.

However, it is perfectly normal for a person to experience all these sensations when they are about to undergo some kind of change in their life, it is something that everyone experiences to a lesser or greater degree.

The main difference between people who self-sabotage and those who don’t is that those who do are driven by fear and by their belief that they will not succeed , while the others are able to leave these fears behind and overcome all the thoughts that make them insecure.

The most important thing when facing any kind of eventuality or transformation is not to avoid or avoid this fear, but to be aware of it and act accordingly , without letting it invade our mind.

When a person becomes aware of both his fears and his own, in many cases irrational, beliefs, it is much easier to make the right choices and avoid carrying out sabotage actions that stop or obstruct his aspirations.

There are four types of self-sabotage, which are classified according to the type of behaviour the person carries out .

In these cases the person starts a great number of challenges or projects which he ends up leaving halfway or even abandoning. Usually, the person tends to dedicate many hours of work and effort, and then give up when he or she is about to achieve it.

The explanation found for this phenomenon is that if the person does not finish this or any other project, he or she will never have to face the possibility of failure or not knowing how to live up to the subsequent demands that this success will bring.

However, what really happens is that she will never be aware of her potential, and at the same time she will be perceived as a mediocre person with no skills.

Procrastination is said to be the art of postponing things. It consists in the habit of postponing or delaying those activities that the person must necessarily attend to, replacing them with other less significant or simpler and more attractive ones.

This habit is one of the most common within the population, and the reasons for carrying it out are very varied. Some of these reasons may be that the person does not really like the task to be carried out or, and this is the most widespread reason within the scope of personal and professional projects, that the person experiences a fear of the final result .

This way, if the person postpones the completion of the task and does not invest all the necessary efforts and resources, he or she will have a justification if the task does not turn out as he or she expected. In other words, if the person devotes all his time and effort to achieve something and still does not succeed, it will reveal his alleged incompetence, so if he does not make an effort this will serve as an excuse for failure.

Perfectionism or the ideal excuse for never ending. Under the shield of perfectionism the person finds the perfect excuse not to move forward , without it seeming that he really doesn’t know if he wants to get what he is working for.

There are two possibilities within the excuse of perfectionism. Either the person thinks that because he or she cannot do something perfectly directly, he or she does not do it, or that through constant revisions and changes he or she avoids finishing the project .

In addition to all the above, the person may find a large number of excuses to justify not facing any change or possible risk . These excuses may be from lack of time, lack of economic resources, age, etc.