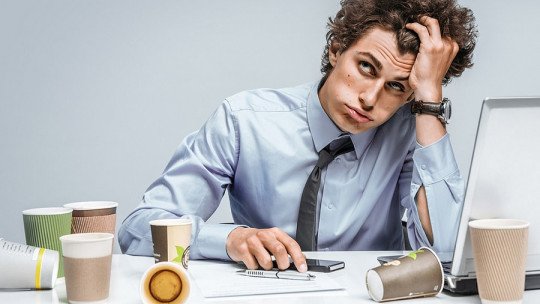 Stress is a state of dysfunctional activation that is present in many clinical pictures but that also appears in healthy people. Although it has been studied from many orientations and theories, in this article we will know Selye’s Theory of Stress .

Hans Selye was a professor and researcher who said to talk about stress that “what matters is not what happens to us but how we receive it”. From here he elaborates his theory, which we will know next.

Stress appears when the organism is activated to a greater extent than it is capable of supporting or reducing through its coping strategies , whether psychological and/or behavioural. In this sense, the body is incapable of maintaining optimal or adequate levels of behavioural and psychological performance.

In evolutionary terms, when a person suffers from stress it is because he or she has “failed” to adapt to the environment or the source of stress, and the emotional and physical consequences are often significant.

Selye establishes his theory of stress, according to which this response is a biological response, the same in all organisms and stereotyped. In addition, it can be measured and involves a series of hormonal secretions, responsible for the reactions we show to a stressful situation. These reactions are somatic, functional and organic. Although it is worth noting that most of the time the organism responds in harmony to the stimuli of the environment and without negative consequences : this is what is known as good stress.

Other times, however, and following Selye’s Theory of Stress, the organism is unable to adapt to the environment (when stress appears), since the required responses are too intense or prolonged and the demands exceed its resistance and/or adaptation. We speak then of “distress” or “bad stress” (stress, in general).

Stress as a physiological process

Stress would be a normal physiological process of stimulation, activation and response of the organism . But when this is prolonged or too intense, it is when it is harmful and Selye’s GAS appears.

Thus, in Selye’s Theory of Stress, stress is conceived as something indispensable for the functioning of the organism and which allows progress, unless it is excessive and becomes dysfunctional or maladaptive, as we have already seen.

For Selye, most of the physical or mental efforts a person makes to adapt to the demands of life, infections and other stressors, cause changes in the body.

These modifications have been made in the first two phases of the General Adaptation Syndrome (alarm phase and resistance phase). The third phase would be the exhaustion phase , and appears only when the body tries to adapt to too many changes or sources of stress, or when these last over time.

How does it appear?

In Selye’s Theory of Stress, he states that “negative” stress appears when a person is subjected to accumulated stress doses that exceed their optimal threshold of adaptation; thus, the organism begins to manifest signs of exhaustion . Whether or not this state of exhaustion and fatigue appears depends on the person’s psychological profile, as well as on the frequency (and types) of adaptations experienced.

On the other hand, there are also factors that modify the person’s receptivity to the stimuli or situations in the environment, and that “contaminate” our capacity to adapt. In this way, they prevent us from recognizing which are the current agents that cause such stress.

Such factors influence our response (physical, psychological and biological) ; they condition and determine it. The same agent or situation may provoke a different response in different subjects. Such factors predispose our vulnerability to illness and worsen our quality of life.

Likewise, quality of life is also linked to conditions such as food, psycho-affective education, the environment, the way of life, the work context and possible intoxications such as alcohol or tobacco.

On the other hand, H. Selye distinguishes two types of stress : local stress (when there is a direct action of a stress agent on a limited part of the body) and the local adaptation syndrome or SLA (when a defensive adaptation reaction appears).

Response of the organism according to Selye

In response to stress, the basic physiological mechanism of action for Selye follows a certain sequence, which is