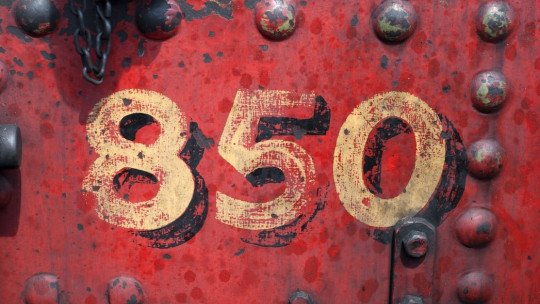 People tend to remember the first and last items on a list better when they ask us to read or listen to it and say it later.

This phenomenon is known as the serial position effect and is related to the way we encode and store our memories in short and long term memory.

In this article we explain what the serial position effect consists of, what the primacy effect and the recency effect is, and what the theoretical model on which it is based is.

What is the serial position effect?

The serial position effect occurs when we try to remember the items in a list and those at the beginning and end are remembered better than the items in the middle. This phenomenon was originally studied by Hermann Ebbinghaus, a German psychologist and pioneer in the use of the experimental method to study the functioning of human memory.

The tendency to remember the first elements of a list better is called the primacy effect , and the greater probability of remembering the last elements, the recency effect. Plotting this probability gives a U-shaped curve that represents how precisely memories vary depending on the position of the items in a list.

This phenomenon is based on an experiment in which first, a subject is read a list of a certain number of items (unrelated and greater than seven) and asked to listen to it carefully; and second, he is asked to write down the items on the list that he remembers in any order (free recall). The result usually corroborates the serial position effect, as well as the primacy and recency effects explained below.

When the elements are visual stimuli, those that appear at first have a greater influence; not only are they better remembered, but they also interfere with the memory of later elements. In the case of auditory stimuli, it is the elements at the end that are most influential; however, if several separate presentations of information are made over time and the subject has to make a decision shortly after the last presentation, the effect of recency usually has more influence on the decision.

The serial position effect also generates a general selection preference known as the order effect : we are more likely to select the first and last items in a list, than the items in the middle (for example, as is the case with the order of candidates in a vote).

The primacy effect, as we have mentioned before, is produced when we are presented with a list of several items and then, when we list the elements, we remember better the ones at the beginning . This phenomenon occurs because the initial items are stored better in our long-term memory (LTM) than the last items. In fact, in lists where items are presented quickly, the primacy effect is weaker, since we have less time to store them in LTM.

The primacy effect also affects us when judging people . In the studies carried out by psychologist Solomon Asch, a list of words was listed in different order with the aim of describing the character of another person. When positive adjectives were placed at the beginning (e.g., “intelligent, hardworking, selfish, and stubborn”), participants tended to judge the other person positively.

However, the phenomenon of primacy over how we judge other people and how they generate first impressions can also be related to attentional capacity and to the fact that when we first meet someone we are usually alert, and the first memory always tends to have a more intense emotional tint, which facilitates its consolidation in the long term (we tend to remember better the experiences that are more emotionally charged).

The recency effect occurs when we remember the last items in a list better . This happens because when we are asked to recall that list, the last items still remain in our working memory and are therefore more available and accessible more quickly.

This phenomenon is not affected by the rate of presentation of the elements, but it is affected by the passage of time and by the exposure of additional information. For example, the recency effect disappears when the subject is forced to think about something else 30 seconds after the last item on the list is presented. This is not the case with the primacy effect, as the information is already stored in long-term memory, which is not the case with the recency phenomenon.

The time context in which the stimuli or items on a list are presented could also be related to the occurrence of the recency effect. Such a context could serve as a signal for the subject to retrieve the stored information, a fact that would explain why the most recent items processed in a different time context (earlier in the list) are more likely to be remembered.

On the other hand, this effect disappears or is substantially reduced when an interference task, involving working memory, is introduced. Therefore, distracting stimuli (if longer than 15 to 30 seconds) can completely cancel out this effect. Furthermore, if the recall occurs immediately after the last item is presented, the phenomenon of recency is constant, regardless of how long the list or the rate of presentation of the items is.

The Atkinson and Shiffrin memory model

Both the recency effect and the primacy effect have been interpreted based on the Atkinson and Shiffrin multistorey memory model . This theoretical model postulates that this type of effect reflects the operations of two independent memory systems, which include short-term (or working) memory and long-term memory, in addition to another store of sensory memory.

The short-term memory store has a duration of less than 30 seconds, unless the information contained in it is paid attention to and reprocessed (e.g. by repeating). George A. Miller studied this type of memory concluding that in that period of time we can learn seven pieces of information (plus or minus two). However, this fact has been questioned and it is believed that it may vary according to conditions.

With regard to long-term memory, the Atkinson and Shiffrin model postulates that it is a store to which information from short-term memory is transferred, provided that it is processed quickly enough. According to the authors, this store would have a limited capacity and could last a lifetime. This would mean that we keep the ability to store new information relatively intact.

Finally, in relation to the sensory memory, the model points out that this store is in charge of retaining the information that does not filter our attention and is not processed correctly. There are two types: the iconic or visual, which lasts approximately 500 milliseconds; and the echoic or auditory, which lasts between three and four seconds.

However, although Atkinson’s and Shiffrin’s memory model is still useful to explain certain phenomena, such as the serial position effect, , other theoretical models are currently used to complement and extend the multistorey model , such as processing models or connection models.