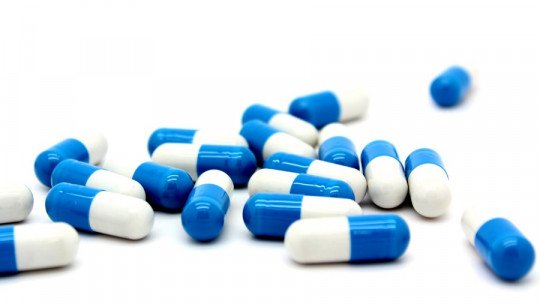 Sibutramine is a medication used in people suffering from obesity . It is mainly used to give patients the feeling of being full, so that they do not eat more than they should and to facilitate weight loss.

In this article we explain in more detail what sibutramine is, what its effects are and its mechanism of action, the contraindications and side effects, and its clinical efficacy.

What is Sibutramine and what effects does it have?

Sibutramine is an anorectic compound belonging to the group of amines (specifically a tertiary amine) used for the treatment of obesity, since the main effect it produces in the person who consumes it is a feeling of satiety that prevents excessive food intake, thus facilitating weight loss.

In addition to producing a satiety effect, sibutramine also causes an increase in thermogenesis, which is the ability of our body to generate heat, thus contributing to the reduction of body weight.

This drug is indicated in the treatment of people with obesity and a body mass index (BMI) above 30 kg/m²; that is, individuals with obesity type I and above (type II, type III or morbid and type IV or extreme). Although can also be prescribed in cases of overweight in people with a BMI equal to or greater than 27 kg/m² , in which case associated risk factors such as diabetes, high cholesterol or hypertension must coexist.

Sibutramine is a medication that should be used in the context of an obesity treatment program that includes guidelines for dietary modification and increased physical activity.

Sibutramine is a compound that acts as a selective serotonin, noradrenaline and, to a lesser extent, dopamine reuptake inhibitor . At the pharmacological level, this blockage of the reuptake of monoamine neurotransmitters translates, as we have mentioned, into a set of effects that basically involve: an early sensation of satiety (which reduces food intake); and an increase in energy expenditure (thermogenesis).

The effects produced by sibutramine are related to the increase of synaptic levels of noradrenaline and serotonin at a central level, which allows the activation of a1 and b1 adrenergic (noradrenaline) receptors and 5-HT2A and 5-HT2C serotonergic (serotonin) receptors, mechanisms involved in the early activation of satiety mechanisms.

As regards thermogenic effects, these seem to be more specifically related to the activation of beta-3 adrenergic receptors. On the other hand, sibutramine and its active metabolites lack activity on another type of receptors (muscarinics, histaminergics or benzodiazepines), so it would not induce side effects or pharmacological effects in interaction with them.

Sibutramine is a drug that is contraindicated in people who have a history of type 2 diabetes mellitus with other associated risk factors, such as high blood pressure or high cholesterol.

People with heart disease, eating disorders (such as anorexia nervosa or bulimia), pregnant women , breastfeeding mothers, and when using other drugs such as nasal decongestants, antidepressants, cough suppressants, and appetite suppressants should also refrain from taking this medication .

Sibutramine should also not be used, with exceptions, in persons with a body mass index (BMI) below 30 kg/m², nor in children, adolescents or persons over 65 years of age.

Despite being chemically related to amphetamine, the stimulant effects are less potent and leaving treatment does not result in withdrawal. Nevertheless, the consumption of sibutramine is not exempt from generating side effects ; the most common are the following:

Research carried out with sibutramine in obese patients without or with concomitant pathologies (mainly, type 2 diabetes, hypertension and hyperlipemia), has suggested that there is a direct relationship between the weight loss obtained and the dose of the drug, the best relationship between benefit and risk being that of 10 mg every 24 hours.

However, there is a significant percentage of patients who do not respond adequately to a 10 mg dose, but do respond to a 15 mg dose every 24 hours, without a significant increase in side effects.

Weight loss during the first 4 weeks of taking sibutramine is a good predictor of the patients who will be most likely to benefit from the treatment in the long term. The maximum weight reduction occurs after 3 months, which is maintained throughout the treatment period.

According to the studies, with the consumption of sibutramine there is also a statistically significant reduction in the waist-to-hip ratio, proportional to the dose used. Furthermore, decreases the feeling of hunger and increases the effect of satiety in patients.

In 2010, the Spanish Agency for Medicines and Healthcare Products (AEMPS) ordered the withdrawal and precautionary suspension of sales of sibutramine, marketed in Spain under the name Reductil . This decision was taken on the recommendation of the European Medicines Agency, which at the time considered that the expected benefit of this drug did not outweigh its potential risks to patient health.

Since its commercialization, sibutramine had been associated with cases of patients reporting increases in blood pressure, heart rate and various adverse reactions. In addition, its consumption was associated with several deaths in different European countries.

To check whether the use of this drug was really related to the incidence of these pathologies and to the deaths of these people, the large-scale SCOUT study was carried out, a randomised, double-blind, placebo-group trial, involving 10,000 overweight or obese patients with cardiovascular disease (CVD) and/or type 2 diabetes mellitus and at least one additional risk factor for CVD.

After a 5-year follow-up, the study results showed an increased risk of serious cardiovascular events (such as myocardial infarction and stroke) in the group of patients treated with sibutramine compared to the placebo group.

With the conclusions of the study in hand, the AEMPS urged doctors to stop prescribing or starting new treatments with this medicine , and pharmacists to stop dispensing Reductil or making any other masterful formula with the active ingredient sibutramine.