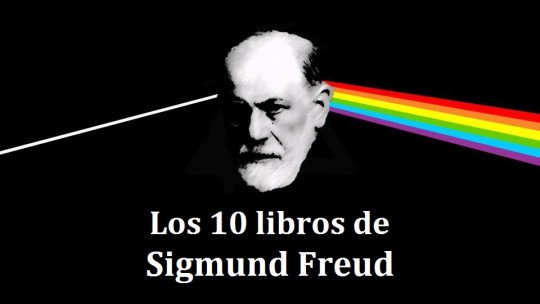 Sigmund Freud is as loved as he is hated, but there is no doubt that his theoretical legacy has left its mark on our culture and our society .

Although his ideas have become totally outdated in terms of their explanations of how mental processes work, both our way of thinking and our way of creating culture have, in part, their mark.

That is why, even decades after his death, the work of the father of psychoanalysis is still of general interest.

Below you can see a small list of Freud’s most important books , so that you can go deeper into his ideas and evaluate them critically. The order in which they are listed is chronological, according to their year of publication.

This book, written by Sigmund Freud and his mentor Josef Breuer, is the seed of the psychodynamic theory that Freud would create during the years following the publication of these writings . It is also the set of texts in which one intuits the ideas about the unconscious that would later give rise to the great theories of psychoanalysis, although in this case the subject matter is more closely related to psychiatry and clinical psychology of the late nineteenth century.

You can buy it by clicking on this link. For many people, this is the book with which psychoanalysis was born . In this work Freud develops the idea that dreams could be the realm in which unconscious thoughts emerge into consciousness disguised through messages transmitted in a symbolic way. Thus, the dreams would be expressions of repressed desires that take advantage of to lean out to the encounter of the conscious mind when we sleep. The theory created by Sigmund Freud not only deals with the causes of the symptoms of serious mental disorders . It also tries to explain the fundamental psychological mechanisms that are behind the actions of the human being in general.

This is one of the books written by Freud in which the psychoanalyst explains the way in which, in his opinion, the functioning of our unconscious gives rise to the appearance of small inconsistencies in our way of behaving: lapses, confusing words when expressing ourselves and, in general, what Freud called failed acts . He also explains the possible failures in the functioning of the human psyche that from his perspective could be behind these phenomena.

You can buy it through this link. Sexuality had a very important role in Freudian theory . In fact, some of his students distanced themselves from him, among other things, because of the emphasis with which the father of psychoanalysis defended the centrality of the sexual as part of the unconscious and impulsive machinery that makes us behave as we do.

This is one of Freud’s most important books because it contains the ideas that shape Freudian theory of psychosexual development.

Unlike the rest of Freud’s books, this selection of trials goes further out of the clinical realm to delve into those phenomena historically rooted in the social and cultural. The conclusions found in the pages of this work have implications for subjects such as religion, rituals and even archaeology .

The content of this work is more philosophical and anthropological than the rest of Freud’s books. The content of this book is a review of Freud’s theory of drives. In Introduction to Narcissism , Freud explains that narcissism is part of the normal functioning of the psyche and that its seed is present from the first stages of psychosexual development. Who better to make psychoanalysis known to us than the person who created it?

Between the pages of this work, Sigmund Freud explains the main foundations of the psychoanalytic theory and points out the fundamental pillars on which the psychoanalyst’s work must be based. It is a good option to get a general idea of what Freud understood by neurosis, unconscious, dreams, repression, etc. This is Freud’s first book in which a distinction appears between the life drives (Eros) and the death drives (Tanathos). In addition, Sigmund Freud’s theory of instincts

is portrayed here in great detail

Buy it through this link. The theory of ego structures is of total relevance within Freud’s work, and in this book its fundamentals are well explained. The difference between the Ego, the Self and the Overself, as well as the principles by which they are governed and their role in the human psyche, are analyzed in depth. Since Sigmund Freud dealt a great deal with the tensions between individual drives and the conflict these enter into when they clash with norms of behavior, it is not surprising that he dedicated one of his books to examining the fit between individual and culture . The basic idea expressed in the pages of this essay is that, since the interests of civilization and the primary desires of individuals are in constant tension, this generates a feeling of chronic malaise.

This is one of Freud’s most important books from the perspective of social psychology.