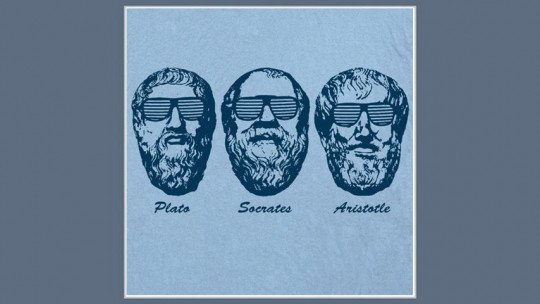 We live in the information society, in an era where new technologies allow us to access a potentially unlimited amount of content via the web.

Every day, every hour that passes, hundreds of new contributions are uploaded, posted or published in different parts of the world, from different sites or internet portals. One of the most popular and used web portals is Youtube, in which, as most of you already know, it is possible to visualize and/or upload videos of diverse content.

Although in many cases they are comments, personal reflections or elements that we consider in some way funny, shocking or stimulating, it is possible to find channels in this portal that provide us with large amounts of useful teachings . This information can be used to increase our knowledge, to a level that could even be applied in formal education.

Regarding this aspect, it is possible to find channels dedicated to different themes. One of them is philosophy . The mother of all sciences, philosophy is a complex discipline, many of its approaches being difficult to understand for the human being today. That is why an explanation at the audiovisual level can be appreciated, allowing the understanding of the concepts and ideas of each current of thought.

This article aims to present a series of six Youtube channels to study philosophy and, why not, delve into their relationship with psychology.

Channels that will help you learn Philosophy

While there are many and diverse publications that can help us understand specific concepts and approaches, it can be difficult to find channels that can outline a general idea of the different authors and philosophical approaches that have been observed throughout history.

In order to lighten this burden, we propose below six channels or playlists within these that can facilitate the learning and understanding of the philosophy. The first three are channels entirely in Spanish, while the last three are English-speaking, although it is easily understandable and is also subtitled in Spanish.

This channel, run by the philosophy graduate Daniel Rosende, allows us to obtain information on philosophy at an academic level, especially with regard to its history . The topics it covers include an explanation of what philosophy is, how to study it and the most well-known and relevant thinkers and authors throughout history, from its origin and the first pre-Socratic authors to Ortega y Gasset.

On a visual level he makes use of Sparkol Video Scribe technology by making written and drawn videos , while commenting on the different topics to be explained. With a style close to the listener and offering explanations that are easy to understand, it can be a very good mechanism for understanding the main ideas of the great thinkers of history, being a highly recommendable channel.

When we talk about great philosophers we usually think of classics like Plato or Descartes. However, even though today philosophy is not as valued as in the past due to the progressive development of the different sciences.

We can find today numerous figures and modern currents of thought . Throughout the twentieth century, numerous authors have stood out, and one of the series on the Youtube channel Complexus, specifically that of Great Thinkers of the Twentieth Century , highlights and explains them. Thus, in this series of videos Ricardo Forster explores the thoughts and ideas of Foucault, Morin, Lévi-Strauss and Sartre, among others.

The channel run by Darin McNabbn specializes in philosophy. The author of the channel explains through several videos the theoretical approaches of different thinkers and some of their most emblematic works. The content of this channel for learning philosophy is very diverse, and is easily adapted to the different interests of a wide audience .

4. The School of Life (Philosophy)

As in other cases, this channel talks about a great number of subjects, philosophy being only one of them. Specifically, in the section Philosophy we find a clear, pleasant (sometimes even ironic) and concise explanation of the thoughts of different authors , both the most classical and some more modern ones such as Michel Foucault.

The only possible problem is that the channel in question is in English, but for those who do not master the language, Spanish subtitles are also available.

This Youtube channel contains numerous playlists, one of which is the so-called 8-Bit Philosophy. The videos on this channel are based on well-known video games from the 8-bit era, using a retro gamer aesthetic to convey ideas .

Although with a somewhat hooliganistic and sometimes non-academic approach, this series serves to exemplify and make clearer the ideas of numerous thinkers and themes touched by philosophy, such as politics, boredom, hate or freedom. The channel itself is in English, but for those who do not speak the language well enough most of the videos have Spanish subtitles .

An interesting and well prepared channel in English (subtitled in Spanish), which has several playlists focused on different areas of knowledge. The section corresponding to philosophy talks about various typical themes of philosophy, various currents of thought and numerous authors , with easy to understand explanations and a visual support that makes the videos enjoyable and more understandable.