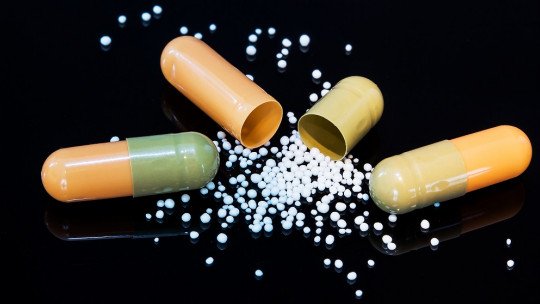 In the treatment of depression, one of the most common mental disorders, a large number of therapeutic methods and alternatives have emerged, created with the aim of reducing and eliminating the symptoms.

From pharmacology, an attempt has been made to synthesize different types of substances for this purpose. And among the newest and most promising we can find a group that specifically affects different neurotransmitters that are linked to the typical processes of subjects with depression. We are talking about the Specific Serotonin and Noradrenaline Reuptake Inhibitors, or SNRIs .

The NRTIs: type of substance and mechanism of action

This is a relatively recent group of drugs, which generally cause few secondary symptoms and together with SSRIs are among the most effective and safest available today. It should be noted, however, that as with all antidepressants, there is a period of time of several weeks in which they do not present a noticeable effect , since the brain must and will make changes with regard to the brain receptors of these hormones.

Its advantages over other antidepressants are that works two of the main monoamines associated with depressive symptoms , as well as with anxiety.

These neurotransmitters are linked to mood, motivation (especially noradrenaline), the ability to concentrate and attention, with which they treat aspects such as anhedonia, apathy, negative mood and different cognitive and emotional aspects. In addition, they do not usually generate histaminergic or cholinergic effects, and side effects associated with these hormones are not frequent.

SNRIs are a group of drugs that share a similar mechanism of action, having different substances with different chemical compositions and properties that, although not identical, generate similar changes at the brain level. Some of the main exponents of this group are the following.

One of the best known IRSNs , venlafaxine is known for its use as a treatment for depression, being one of the most prescribed drugs of this type and the oldest of them.

It has also been used in cases of social phobia and other anxiety disorders, and has been used in post-traumatic stress disorder. In addition to serotonin and noradrenaline, it may also have some effect on high-dose dopamine .

Despite being SNRIs, their effect is much greater on serotonin (estimated to be up to five times greater), and even at low doses they can only have an effect on this neurotransmitter.

Another of the most famous and widely used specific serotonin and noradrenaline reuptake inhibitors, duloxetine is a relatively recent ISRN used for the treatment of major depression (being a highly effective drug in the treatment of these types of symptoms) and other psychological and medical conditions. Also is known for its role in the treatment of urinary incontinence.

Antidepressant drug known for its role in treating depressive disorders. It is also prescribed to combat the pains of fibromyalgia and other pain disorders.

A psychopharmaceutical approved in 2013, levomilnacipran is an ISRN whose particularity is that its action on noradrenaline practically doubles that on serotonin, this being the most noradrenergic ISRN currently available. Very useful in relieving motivational symptoms and improving aspects such as concentration and activity.

Derived from venlafaxine, desvenlafaxine is now a relevant antidepressant not only because of its role in the treatment of depression but also because it serves as a treatment for menopause and neuropathic pain. However its only fully approved clinical indication is depression .

Most of these drugs are also used for the treatment of pain-related conditions, such as fibromyalgia, chronic fatigue syndrome and neuropathies .

Risks and side effects

The specific serotonin and noradrenaline reuptake inhibitors are powerful psychoactive drugs that are very useful both in the treatment of depression and in other disorders and diseases. However, this does not mean that they cannot generate unpleasant and even dangerous side effects.

As a general rule, this type of drug tends to generate sedation, gastrointestinal disorders, nausea and vomiting , dry mouth, headache and dizziness, hyperhidrosis, alterations in urination or excretion, sleep problems such as insomnia, sexual disorders such as loss of appetite, erectile dysfunction, ejaculatory problems and problems reaching orgasm.

Also, in some more severe cases, arrhythmias and blood pressure disturbances may occur. It must also be taken into account that they can generate or facilitate suicidal ideation, especially at the beginning of consumption, and in some cases convulsions.

The main contraindications, although they depend on the specific drug, are usually pregnant and lactating women, people with heart, liver or kidney problems. In the case of people with diabetes, they should be especially careful and consult their doctor because of the risk of hyperglycemia. Neither should they be used in conjunction with MAOIs due to the risk of serotonergic syndrome, and their use is contraindicated in conjunction with alcohol or other substances and drugs.