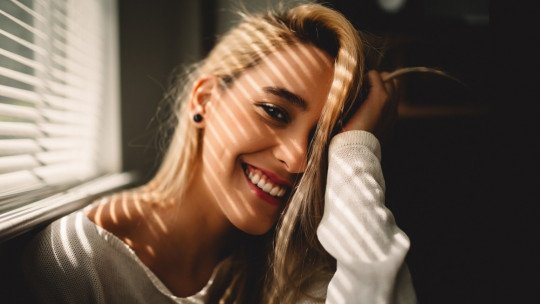 The human being is a gregarious animal by nature. Since the dawn of its evolution as a species it has lived together in groups of more or less large size, although not as large as the present ones, collaborating in the tasks necessary for survival.

All of this has led most people to show a special interest in relating to their peers, especially in such critical periods of life as adolescence.

In this article we will deal with the concept of social desirability , which has its roots in this evolutionary baggage and which is expressed vehemently in multiple areas of life, conditioning our decisions and relationships.

Social desirability can be understood as a response style, or as a behavioural tendency, in situations where there is a component of judgement on the part of others .

It gathers a series of attributes, thoughts, acts and beliefs that are valued (by the group to which it belongs) as acceptable; therefore, a reward is derived from its adherence and a sanction (or rejection) from its noncompliance.

Because most human beings wish to show a favourable image to others, often in the form of masks that are intended to hide what is perceived as unacceptable, there would be pressure to adjust individuality to fit the moulds of expectation. Thus, the vicissitudes of true identity would only be shown to people whose bond would guarantee acceptance and validation.

The most intense expression of social desirability would be if we perceived a significant discrepancy between what we think we are and what others expect of us, especially when we assign a high positive value to acceptance and a high negative value to rejection.

The importance of this concept is such that it is estimated that it can influence the results of psychological assessment , especially in the field of human resources and the clinic. For this reason, several authors have included specific scales to detect it within tools that measure constructs such as personality structure or work performance, thereby specifying a margin of error attributable to the need for approval of the evaluator.

Why there is social desirability

The search for affiliation has been the object of interest both for basic psychology and for the evolutionary, clinical and social aspects . Even Abraham Maslow, one of the most relevant humanists, placed it in the very heart of his popular pyramid of needs (above the physiological and security ones, and below personal recognition and self-realisation); emphasising that, after covering the most basic aspects for survival, social relations would be the last link from which to conquer personal transcendence.

There are currently many studies that highlight the extraordinary negative impact of the absence of affection or love on human brain development, especially at a time when there is evidence of deprivation of basic care of the newborn, whose central nervous system is undergoing an intense process of maturation. Unwanted solitude also has a deleterious effect on old age, increasing morbidity and reducing life expectancy.

The fact is that human beings need to collaborate with other members of their own species in order to deal with the vicissitudes of the environment. Thousands of years ago, when societies lacked a structure as we know it today, communities were made up of small groups of individuals who acted in a coordinated manner to meet individual needs, isolation being an inexorable death sentence (predators, accidents, etc.).

Humans who lived together enjoyed a greater probability of surviving and giving continuity to their gene pool through reproduction, facilitating the transmission of traits that would encourage the maintenance of social bonds. All of this was sponsored by cultural components and the attribution of roles, within a society that provided the individual with a broader sense of belonging.

Thus, social desirability is the result of the confluence of cultural, social, psychological and biological dimensions ; which stimulate the need to be accepted by the reference groups. This reality serves as a basis for giving meaning to other phenomena observed in social dynamics, from conformism to prosocial behaviour.

In the field of psychology, social desirability has also been understood as a variable of confusion in the performance of psychometric tests (questionnaires, for example), consisting of the shaping of the answers offered by the evaluator with the aim of adopting a position consistent with the prevailing norms or values. This particular bias would therefore be one of the consequences of the desire for acceptance.

In which areas it manifests itself

Social desirability has a profound impact on many areas of life . In this section we will describe only some of them, although it can be extended to many others.

The first stages of a couple’s relationship have the purpose of showing the other person all those characteristics of their own that, according to the narrow margins of social expectations, we consider to be of greater interpersonal attraction. Thus, there is a tendency to highlight everything positive (such as achievements in life and the most desirable personality traits), ignoring what could generate resistance in the courtship exchanges.

As the relationship progresses and the bond grows stronger, a commitment to continuity tends to take hold, diluting the fear of rejection. It is at this point that social desirability weakens, showing the more questionable aspects of what one believes oneself to be. It may be the phase in which a greater emotional connection is produced, based on more authentic communication.

Prosocial conduct is understood as any deliberate activity that seeks, as a direct consequence, the production of some good for groups or individuals in a situation of vulnerability. As a result of these acts, a consideration is received , which may be of an economic nature (salary retribution) or social (prestige, consideration or relief of difficult emotions such as guilt or boredom).

This concept differs from altruism in that the latter does not associate any benefits of any kind with the person carrying out the helping behaviour (whether pecuniary or otherwise). The impact of social desirability is of such magnitude that many authors suggest that altruism as such would not be possible, since any disinterested behaviour would hide the incentive to seek a personal image that is desirable and accepted by the environment.

Practically all societies have ostracized other groups of people for considering them unworthy of value , encouraging this discriminatory judgment on cultural and/or religious rigors. A descriptive example of the phenomenon would be the untouchables in India, a group that is explicitly rejected by its community on the basis of the attribution of particular characteristics that are contrary to what is desirable.

There is ample evidence that people may be tempted to answer a question by considering in advance the degree of consensus that their own reference group has on the possible answers to the question, especially when the environment is ambiguous and there is physical proximity. This would increase the likelihood of wrongdoing, simply because it is the most common thing to do.

The phenomenon has been studied through research situations designed for this purpose, the following being a classic example:

A group of people is placed at the same table, all of whom (except one) collaborate with the experimenter. They are shown a straight line of average length, and then they are made to choose between three possible options (lines of different length) which one would be more similar to the one originally taught. The tested subject would respond at the end, when the rest would have pointed out one of the wrong options by consensus. In a large percentage, the subject would end up choosing the same line and making a mistake .

Social desirability influences the responses a person makes when challenged in the course of a formal psychological assessment. There are multiple studies that explore this phenomenon and relate it to biases associated with the human factor, and for which specific strategies are created aimed at its adequate control .

Social desirability does not equal lying

Although the phenomenon may seem a perfect alibi for the production of dishonest acts or even lies, this is not the case at all.

Social desirability serves as an axis to better understand the mechanisms of persuasion and the dynamics of relationship that take place in the social fact, when exerting its influence on very different spheres of life. It exemplifies, therefore, the way in which group pressure can condition the way in which we express ourselves before others.