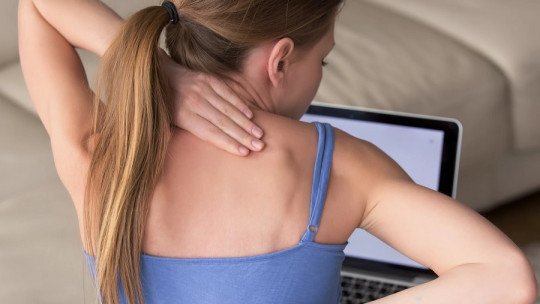 Physical ailments are calls for attention that something has happened in our body. Physical pain is the response to a certain stimulus or condition that we may be suffering from.

But these ailments do not always imply an alteration of physical character with a clearly traceable origin.

In this article we will review what somatoform disorders are , how these kinds of disorders happen, what are their most common types and we will talk about the treatments and therapies used in these cases.

Somatoform disorders are those in which an excessive level of anxiety and concern about potential or developing physical symptoms causes these to intensify or enhance the appearance of others.

It is considered normal that at some point in our lives we have all experienced somatomorphic symptoms without them progressing to a significant problem.

Somatoform disorders are usually linked to some kind of physical condition, at least during the initial stages. Then it is common for them to dissociate themselves from it and for the psychological discomfort to predominate over the physical ailment

A good example is muscle pain. When the subject begins to feel discomfort in some muscle region, and this persists for several days, the person associates this discomfort with a disease of considerable severity, although what may really be causing this are high levels of stress, or the fact that he has been in incorrect positions for too long.

In the less intense cases the subject is able to realize in time that he is reacting disproportionately to the situation and manages to stay calm. When the intensity is greater, the individual can become so obsessed with the idea that he presents a severe pathology that he can go to the consultation of various specialists with the firm conviction that they will diagnose the illness that he himself has fed without intending it.

When the specialist makes the corresponding evaluation and does not detect any pathology , the subject is not able to accept this diagnosis as true, and continues to seek new opinions.

This is an irrational belief, which in some cases may cause the subject to actually feel the physical discomfort of the disease he claims to have, entering a state of hypochondria.

Here you will find short descriptions about the types of somatomorphic disorders.

This consists of an exaggerated rejection by the subject towards his body , or towards some specific part of it. In case the person presents some real physical defect, it is perceived by the subject in such a despicable way that he might even want to get rid of that part of his body.

When there is no obvious malformation, the subject with body dysmorphic disorder may create it. For example, if he doesn’t like the shape of his ears or his nose, that would be the trigger for the disorder.

These usually occur before the age of 30, and are physical symptoms perceived by the subject, for which he or she has sought medical help, but which at the time of the evaluation do not bring up signs of any illness.

This disorder generates a high level of anxiety in people who suffer from it, and it is usually caused by stressors in the daily life of these subjects.

It is the perception of the specific symptoms of a disease that responds only to the subjectivity of the subject . The person does not really present any real illness, but still seeks to be evaluated with the firm conviction that he or she has such an illness.

It is not considered a psychotic disorder, considering that the person is aware that he or she may be acting disproportionately, but still does so.

In this case, there are physical signs and symptoms, such as continuous muscular pain or problems in the perception of one of the senses. This situation leads to the idea that there is a severe pathology that is causing these symptoms , but in reality the origin of these conditions is purely psychological, unlike other somatoform disorders the symptoms of this are not produced in a premeditated way by the subject.

Some examples of symptoms that can appear through this somatoform disorder are tension headaches, paratonia, sexual dysfunctions, intolerance to some foods, etc…

In this case there is physical pain in one or more parts of the subject’s body, and it usually occurs after an accident, illness, or simply a demand on some region of the body. At first the pain is justified, but then it persists even though the affected area has healed completely.

In these cases a multidisciplinary team must be used to stabilize the patients physically and mentally ; it is usually made up of doctors who are specialists in different areas, including a psychiatrist.

In some cases medication may be necessary, when strong states of anxiety occur. However, it will always be necessary for the subject to attend psychotherapy.

The treatment that leaves the best results is which is based on cognitive-behavioral techniques , which seek to identify and change the subject’s disadaptive thoughts for more rational ones, which will allow him to better evaluate his real situation.