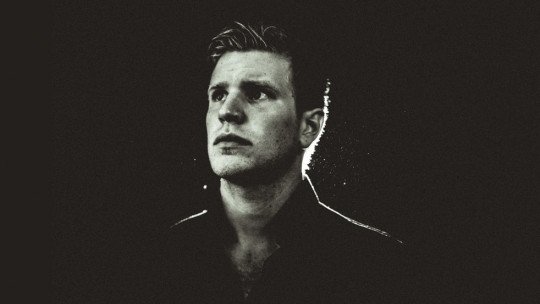 We have all crossed paths with people with a grudge throughout our lives . Whether from a friend, partner or family member. The latter, unlike the first two we do not choose, so we may have to deal with a complex situation.

On the other hand, it is common that when a love relationship breaks up, and due to the intensity of feelings characteristic of this type of relationship, a great resentment towards the other person appears. At least until we accept the breakup.

The difference between spite and revenge

The grudge is a type of moral damage, for which we feel offended and want revenge.Emotions arise such as hatred, anger and the desire to make the other person pay for what he has done to us (or we think he has done to us).

Characteristics of people with a grudge

1. Neither forgive nor forget

Spiteful people often say they forgive… but they don’t forget . In fact, they neither forgive nor forget, because if they really forgave, they would forget. The fact that they do not forgive means that what happened is still present and that is why they feel that way. The best way to forget something is to forgive. And forgiveness, although sometimes we find it hard to see, is necessary to maintain emotional balance.

In this regard, you may be interested in our article: “Forgiveness: Should I or should I not forgive the one who hurt me?”

2. Do not learn from the past

People with a grudge do not learn from the past and get stuck in the facts that have happened to them . Instead of seeing bad experiences as opportunities to grow, they take everything personally, which makes it impossible for them to move forward.

3. They think they are never wrong

These types of individuals think that they are perfect and that they do not make mistakes . They are intolerant and too rigid and when someone doesn’t act the way they want, they tend to be very hard on others. We all have the right to make mistakes; it’s part of life.

4. Everything is black or white

These individuals move in the extremes: either everything is white or everything is black . In other words, there is no middle ground. The good-bad does not always explain what happens in interpersonal relationships, because many variables influence our behaviour.

5. They are very proud

Because they are uncompromising people, spiteful people are proud too. At the very least they take it personally and think they are being held back. That makes them get defensive and try to be strong. The truth is that being a proud individual is not necessarily an indicator of being a mentally strong person, but a symptom of weakness.

6. Always want to be in control

Spiteful people are usually people who want to have everything under control. They are not comfortable with dialogue and do not accept that others have a different opinion and taste. As said before, they are uncompromising and everything has to fit into their perception of the perfect world.

7. They are easily offended

And of course, when this doesn’t happen they are easily offended. Deep down, resentment is a way of not accepting things and, in fact, may even mask one’s insecurities. A grudge is not good because it keeps the wound open for a long time. It is best to accept and move on.

8. They always want to be right

But insecurity is also linked to the desire to have everything under control and to always be right . Insecure people fear the opinions of others and are not comfortable when they are tested by others. They always want to be right and when this does not happen they do not accept it.

9. Life is a drama for them

When we hold a grudge in our hearts, life is not a pleasant place, because you constantly remember what has been done to you and, instead of overcoming it, you take pleasure in it. People who hold a grudge are usually grudges with more than one person and therefore turn their life into a drama .

10. They think they are better than everyone else

As has already been said, resentment can be understood as the non-acceptance of what has happened and the feeling that we have been hurt. But is still the perception of how we have been treated . If we take away the iron from the matter, it will hardly affect us. However, if we believe ourselves to be better than the others and think that only they do things badly, we are going to place more value than we have on what happened.

If you know someone with a grudge or if you yourself have some of the traits described, . A change of attitude can make you see life in a different light and improve your personal relationships. If you find that you have more difficulties than expected in dealing with this attitude, you can always go to a psychotherapist who can help you.