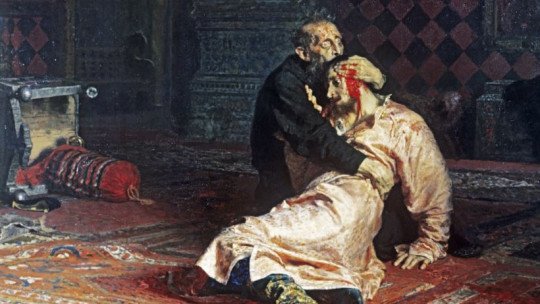 We get some bad news: someone we love has died unexpectedly. We are left pale, paralyzed, not knowing what to do and looking lost.

They call us by name, but we don’t react. We do all these things because we are in a state of shock , and the impression of the news or event prevents us from processing the facts in a normal way. Our mind has been blocked, it is in a kind of limbo.

We are not talking about something uncommon: whether for this or other reasons we sometimes have very intense reactions or blockages due to situations that we cannot manage and that produce great anxiety. Let’s analyse below what it is, when it appears and what it means to enter a state of shock at a psychological level.

What is a state of shock?

The state of nervous shock is a emotional and physiological reaction of great intensity to highly stressful and traumatic events that have either just happened or have been known or processed at that time. Such reactions may include anxiety, loss of consciousness, tunnel vision, dissociative symptoms, anger, rage, crying, nervous laughter, tremors, tachycardia or even complete indifference and lack of reaction.

The most usual is that either an emotional numbness and loss of cognitive skills or a hysterical and/or aggressive reaction to the event occurs.

The state of shock is an emotional shock that can occur for multiple reasons as long as these are very significant , both at the level of personal experience and observation or notification of an event.

Although it can occasionally appear in positive circumstances that cause us great emotion (unexpected hiring, great achievements, fulfillment of vital objectives, winning the lottery, etc.), generally the state of shock appears in the face of traumatic and aversive situations and events (for example, the death of a loved one, a rape, an accident, the loss of physical or psychic faculties, a breakup or rejection of love, or a dismissal are common reasons for us to go into a state of shock).

It is important to bear in mind that the state of emotional shock is a normal response, and not something pathological , which occurs in a transitory manner during a relatively short period of time (from minutes to several days). It is not something that has to do with abnormal functioning of the body, since normally the state of shock appears in very unusual situations in which emotional involvement is justified.

What makes us go into this state?

We have already said that the trigger of the state of shock is a traumatic or very stressful event for us. But what conditions does this event itself have to have in order to appear?

As a general rule, as far as the event in question is concerned, it is considered that for a situation to generate a state of shock it must be perceived as extremely harmful and painful for the subject (or the opposite if the shock is due to something positive). In other words, there is a situation in which our entire nervous system is activated to respond to a complex situation in which there is a lot at stake and in which we should respond quickly.

It is also necessary that it is unexpected and that we do not have or believe we have decision power or control over it . Thus, we can consider that what causes the state of shock is the perception of the event rather than the event itself.

Since it is the perception of the event that provokes the psycho-emotional and physiological reaction typical of shock and taking into account that not everyone experiences this state in the same way in the same situations, it is undeniable that there must be internal variables of the person experiencing this phenomenon involved in the experience of the state of shock.

The configuration of neurotransmitters and neuronal structure, the type of personality and self-esteem, previous experiences and the value placed on the type of event that is considered traumatic are examples of characteristics that will affect whether or not a state of emotional shock occurs, its intensity and the type of reaction that will be triggered.

There is often talk of going into shock in situations where stress disorders occur. In fact, it could be considered as a first step that can place us between the experience of a traumatic event and the suffering or not of a stress disorder, either acute or post-traumatic.

This is because the emotional shock or state of shock is considered a first phase, acute and of impact, in the process of reacting to the traumatic event . In this situation, the trauma has not yet been fully processed, being the first reactions of disbelief and a direct reaction to knowing a certain event that we have not yet accepted.

This phase can last from a few minutes to a few days, being at this point of initial shock the phase in which the processes of denial of the event typical of mourning for a loss usually appear .Later, a second phase appears in which the continuation of the same previous symptoms appears, but this time the fact is beginning to be assimilated.

It is at this point that acute stress disorder could appear, in which the avoidance of situations similar or reminiscent of trauma would appear and a set of problems such as persistent re-experimentation of part of the event, hyperactivation or dissociative symptoms such as depersonalization would appear. And if the symptoms persist for more than three months, the diagnosis could be post-traumatic stress disorder.

Being in a state of shock in a very painful situation is normal. It is a process that is necessary to go through and that will normally end up receding on its own as the person integrates the event into his or her reality.

However, depending on the intensity of the reaction (for example, anxiety crises may appear) or the absence of it , accompaniment and psychological counselling may be helpful in managing the situation in the first moments. If the reaction is very intense, relaxation and breathing techniques can be applied or even a tranquilizer can be administered. In this sense, the possibility of providing psychological first aid is very positive.

Bearing in mind that sometimes the shock comes from the notification of something unexpected, it is necessary to take into account how it is communicated and the type of person to whom it is communicated , requiring a different approach depending on the individual. For example, the emotional reaction may be softened if bad news is given in a calm or close way, while delaying it or precipitating it excessively may prolong the distress and cause anticipatory anxiety prior to the shock itself. Empathy is crucial in these cases.

Subsequently work can be done to prevent the appearance of acute or post-traumatic stress disorders , and in the event that these disorders appear, work on them and treat them appropriately (exposure techniques, cognitive restructuring and relaxation techniques being some of the most effective strategies).