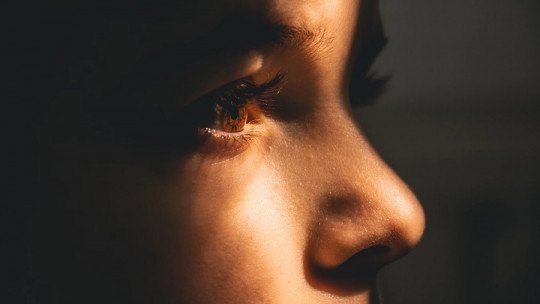 Each and every one of us has our own way of seeing the world, perceiving it and interacting with it. We think, relate, express ourselves, speak or even move in different ways. This is because our being and identity arises mainly from the interaction between our biology and our experiences and learning.

However, we are still members of the same species, so that at the biological level we are subject to and share a genome and the same basic structure, having a growth process that is very similar in most people. Among the multiple systems that arise from this development is our brain.

However, sometimes alterations or problems can occur during such development, capable of altering aspects such as the ability to perform or inhibit our own movements. An example of this is found in the disorder of stereotyped movements , a neurodevelopmental problem which we will now discuss.

Stereotyped movement disorder is one of the motor disorders of neurodevelopment or neurodevelopment , which is characterized by the presence of repetitive, aimless and apparently guided motor behaviors and conduct that arise in the early stages of development and that interfere with the life of the child who suffers it, in a period that must comprise at least four weeks.

Some common movements are nodding, shaking hands and arms, or rocking, but it is also possible that the stereotype in question is an act of self-injury such as hitting oneself or head-butting. This is why some stereotypes can be dangerous and lead to injuries , which could even be disabling or even fatal. In this regard, when making the diagnosis, it must be specified whether it occurs with or without self-injury, and whether protective measures are required to prevent injury.

As we have seen, the disorder of stereotyped movements is one of the disorders of neurodevelopment, which are characterized by having origin in a different nervous development than usual or by the presence of problems, slowing or alterations in the maturation of the nervous system during growth.

These problems start in childhood (in this case it usually appears before the age of three), and may cause limitations or difficulties in the subject’s functionality or adaptation in comparison with his or her peers. It is common for the movements to persist during childhood and reach their peak in adolescence. It can also affect socialization and learning, by making them difficult or generating social rejection.

These movements are called stereotypes, and are known as a type of hyperkinetic or excess movement . These are partially involuntary movements that appear in a coordinated and generally rhythmic manner. This semi-voluntary nature implies that although they are not carried out with a specific purpose at a conscious level but arise spontaneously and uncontrolled, they can voluntarily come to a halt.

They generally appear in an impulsive manner and although it may make it difficult to follow actions, it does not prevent complex movements from being carried out. Their purpose is not clear, although it is suggested that they may aim to manage and regulate the child’s internal tension. Likewise, they only occur during wakefulness and in most cases the distraction or the initiation of an activity can stop the movements from taking place.

It is important to note that a diagnosis of stereotyped movement disorder cannot be made if there is another neurodevelopmental disorder that explains these behaviors, or a diagnosed neurological disease or intoxication.

In this sense, it should be noted that it is common for stereotypes to appear in people with intellectual disabilities or autism, in children with psychotic problems or in some cases of obsessive-compulsive disorder in children, although in these cases a diagnosis of stereotypical movement disorder would not be considered.

It should also be noted that this disorder differs from complex motor tics, with which it can be confused but in which the movements are less rhythmic and more involuntary and uncontrollable. Another problem with which it can be confused is trichotillomania, in which the affected person compulsively pulls out his hair as a method of managing anxiety .

Theories about their causes

Even today, the mechanisms that cause this disorder are not fully understood. However, as a neurodevelopmental disorder its presence is due to a problem derived from the process of maturation and development of the child’s brain . There are different theories as to how this occurs.

One of them establishes a possible alteration at the level of neurotransmitters, with a possible excess of dopamine and other catecholamines. At brain level there can also be some kind of degeneration or alteration in temporal areas.

On a psychological level, there is also talk of a possible unconscious purpose of these movements, being the result of an attempt to discharge energy caused by tension. On occasions some theories have linked to the existence of excessive demands by the environment or in the search for pleasure and reduction of pain by provoking, through self-injury, the use of substances that temporarily inhibit pain (something that means that in nature we may not feel pain in all its intensity until we can get to safety).

It has also been observed that they seem more frequent in environments where there has been poor stimulation of the child at a physical or social level or, on the contrary, an over-stimulation that makes them seek balance through movement. This is more common in persons with sensory disabilities or institutionalised persons .

In some cases the stereotypes may eventually disappear as the child grows, but in other cases they remain for life. In any case, beyond the possible difficulty that the stereotypes may represent, they are not dangerous (unless they are self-injurious) and in many cases no treatment is carried out.

Basically, psychological therapy of a cognitive-behavioral type is used. Some of the strategies used may be differential reinforcement of other behaviours and habit reversal . Work can be done to try to reduce the self-stimulatory potential of stereotyping by trying to get the patient to stimulate himself or herself in another way. In cases of under-stimulated patients it will be advisable to approach the subject to an environment with a higher level of stimulation, while in some with excess it could be beneficial to reduce it.

In the case of patients with self-injurious movements, it will also be necessary to modify the environment in such a way as to prevent injuries and protect the integrity of the affected person. This type of alteration can be a great source of anguish for the parents and the environment, so they will benefit from psychoeducation and contact with families with children who suffer from the same problem.

Sometimes drugs can also be used, usually benzodiazepines and other drugs that lower the level of physiological activation. Antidepressants are also often used.

Finally, at the educational level, it will be necessary to take into account the possibility that some learning may be more complex, and adjustments will have to be made to allow for good development.