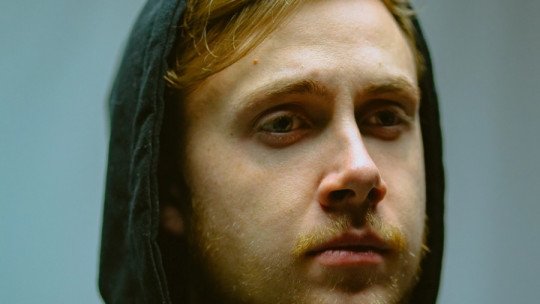 There is a wide range of speech disorders , within which stuttering (or dysphemia) is one of the most common. This disorder consists of the subject involuntarily repeating words, or getting stuck when pronouncing them.

This condition could occur in childhood and be temporary. In adolescence it would begin to diminish, so that during adulthood it would have disappeared completely. But this does not always happen that way.

In this article we will review what are the main causes of stuttering in adults , and also give a review of the most characteristic symptoms of this disorder in people who have already passed the age of majority.

As we have seen, stuttering is a speech disorder characterized by the involuntary repetition of words and the presence of interruptions in speech .

The origin of this disorder is rooted in the lack of coordination of the peripheral movements required for speech, but no specific cause has been determined for adult stuttering, nor for the other stages of development.

What has been established is that the prevalence of this speech complication is higher in people of the male gender , compared to its female counterpart. Males are up to four times more likely than females genetically to stutter.

If it is not given the necessary attention during the early stages of development, or the problem is not adequately solved, it may only disappear momentarily until the subject is faced with a situation which can trigger the stuttering again.

If the stuttering has an organic root in the nervous system, the symptoms will probably be continuous throughout life, but if it is mainly due to emotional causes (nervousness, anxiety, fears, etc.), in many cases the presence of this disturbance may diminish, but there is no total cure .

Let’s now look at some of the most common causes of this disorder in adulthood .

Symptoms of stuttering in adults

Cases of adult stuttering are evidenced by the following symptoms.

It should be borne in mind that the intensity of the symptoms described above is variable, depending on the level of stress or distress the person is experiencing at the time of speaking.

In order to determine the most appropriate treatment in these cases, it is necessary to know what have been the causes that maintain the existence of stuttering .

Bearing in mind that each person evidences his or her reality in a very personal (subjective) way, it is necessary to carry out the semi-structured interview prior to the psychological evaluation.

Once the necessary data is available, the specialist will be able to determine the best therapeutic method, or if a referral to a doctor is necessary (in case of organic conditions).

The most popular methods for stuttering in adults , which have shown very positive results, are the following.

The therapist will deal with the disadaptive thoughts that generate anxiety when speaking, or any other emotional symptom, and then replace these beliefs with more adaptive thoughts with the aim of making the subject lose his fear and become more self-confident .

In addition, intervention strategies on the person’s behaviour are established.

In any case, as already mentioned, there is no cure for adult stuttering that will make the symptoms disappear completely. Thus, the treatment is focused on mitigating the effects and learning to live with the dysfemia.

The speech therapist works together with the psychologist to treat stuttering , especially when there are organic influences which prevent the muscles involved in speech from coordinating properly.

By means of practical exercises that the person will have to carry out at home (reading with a pencil in the mouth, breathing correctly when speaking, etc.), the specialist will evaluate the evolution of each case, and will inform the psychologist of the advances.