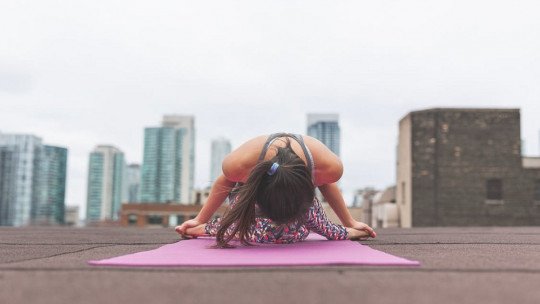 One of the problems that psychology has had to face throughout its history is to define the starting point from which it begins to investigate mental processes. The difficulty of this first step is that, apparently, the object of study of this science is dual: on the one hand there is the objective, and on the other there is the subjective.

Subjectivism is the philosophical position that is born from the way some people decide to answer this “fork in the road”. In psychology, in particular, the implications of analysing mental processes from subjectivism lead to very different conclusions from researchers who advocate an objective-centred perspective, which can be measured.

In this article we will see how subjectivism affects psychology and what the characteristic problems of this approach are.

In short, subjectivism is the belief that reality, in the first instance, is made up of one’s own subjective ideas and perceptions of what goes on in one’s head. Said in this way it sounds complicated, but surely you can hear slogans like “reality is created by our attitude” and other discourses that focus on consciousness and “the mental” to explain the nature of elements of reality that other people try to know based on their objective aspects.

Thus, subjectivism is closely related to idealism, which is the belief that ideas exist before matter, and to relativism, according to which there is no pre-established reality that exists beyond our diverse and in many ways conflicting points of view.

What we have seen so far, however, is subjectivism pure and simple, without considering what its effects are on a specific area of science. It is important to bear in mind that, for example, it is not the same to start from subjectivism in physics as it is in sociology, for example. These two disciplines study different things, and therefore subjectivism also acts on them in a differentiated way.

But it’s in psychology where subjectivism is most likely to wreak havoc. Why? Fundamentally because in this science something is studied that can be confused with the very source of subjectivity , and which is normally known as “the mind”.

As we have seen, psychology has the particularity of being the field of knowledge in which that which is studied can be considered that from which the intention and action of studying reality starts, something that does not occur in other disciplines. As a consequence, subjectivism can cause psychology to enter a loop from which it is complicated to exit and which leads nowhere.

For example, one of the methods historically advocated by subjective psychologists is the introspective method. In this, it is the person being studied himself who pays attention to his mental processes (whether they are cognitive or emotional) and reports on them.

Free association as an example of this philosophy

For example, in the free association used by Sigmund Freud (one of the most prominent subjectivists in history) the patient would begin to pronounce aloud ideas or words that he thought were related to the idea the psychoanalyst wanted to investigate. It was up to him to know what information was relevant enough to say, and it was up to him to “search” through memories and imagination to arrive at something that could move the session forward.

Is the individual the only one with access to the mind?

Thus, for subjectivists what one knows about one’s own mind is something separate from one’s environment and the context in which one finds oneself when internally valuing one’s thoughts and feelings. A radical distinction is made between the mind and the objective and easily observable actions that the person performs, and it is proposed that what is important is in that which cannot be directly observed by someone other than the person, because it is those internal and subjective aspects that lead to the person’s movement.

This approach, if we do not fix it, only condemns psychology to not being able to answer any of the questions about human behavior that it proposes to address, since it always attributes the cause of this to an internal and subjective dimension of reality that only one can know. Not only does it not sustain itself philosophically by denying the existence of an objective reality, but it is also incapable of making useful applications to address psychological problems.