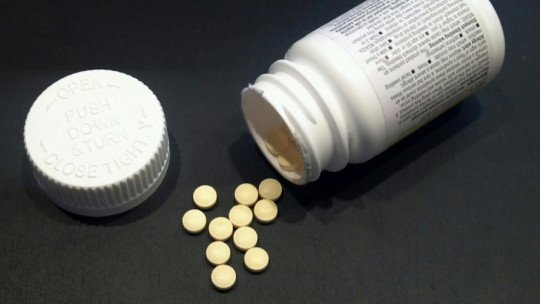 Gastrointestinal symptoms are some of the most frequent manifestations when we are exposed to excessive nervous tension. To treat these manifestations there are numerous remedies, including pharmacology.

Precisely suxidine is a medicine used to treat diseases of the digestive system related to important stress situations. We will now look at the main characteristics of this drug, as well as some recommendations in case of use.

It has mild anxiolytic properties, as a result of one of its active ingredients, Oxazepam Hemisuccinate . The latter acts quickly and is almost completely absorbed, without food intervening. It is a chemical compound of low toxicity, which usually remains in the system for 8 hours and is eliminated by the liver.

It also contains metoclopramide hydrochloride, which acts as a gastrointestinal motility regulator and prevents tract spasms . It is absorbed by the digestive tract and metabolised by the liver after approximately 4 hours. Metoclopramide has a slightly higher toxicity, capable of generating digestive and nervous disorders, especially in children.

It also contains polienzim-S, a compound of synthetic digestive enzymes and of a protein nature, which by interacting with the natural enzymes, favours the digestion process . Finally, suxidine contains anti-foaming silicone, which serves to reduce intestinal gas without significantly modifying the gastric pH.

In Spain, suxidine in tablet form was authorized for commercialization on February 1, 1974, by the SEID, S. A. laboratories.

This authorization has been revoked as of July 27, 2018, so it is not currently marketed in that country. However, in other countries it may continue to be distributed, so we will now look at some uses and characteristics of this drug.

What is it used for and how is it taken?

Suxidine is usually available in tablet form with a doctor’s prescription . The average dose for adults is 3 to 6 daily. In the case of children, it is contraindicated for children under 11 years of age.

This drug is also indicated to treat the following clinical manifestations associated with acute stress and anxiety:

Also known as dysautonomia. Dystonias are movement disorders that affect muscle contractions. As the term itself indicates, neurovegetative dystonia affects the vegetative nervous system, which is responsible for regulating involuntary movements, for example those of the digestive system. It is characterized by an acceleration or decrease of the organs that make up this apparatus .

Dyspepsia is a disorder of the motility of the digestive system, specifically affecting the upper gastrointestinal tract. They impair the secretion of that organ and cause pain, swelling and stomach irritation. It is called dyspepsia nervosa because has a psychogenic origin .

Also known as nervous gastritis, since its origin is the prolonged and intense exposure to stressful situations. Gastritis is characterized by the inflammation of the mucous membrane that lines the stomach and protects it from acidity.

It is an inflammation of the internal membrane that covers both the stomach and the intestine, that is, it causes the intestinal tract to swell, generating diarrhea, vomiting and pain. It is generally caused by the activity of viruses and bacteria .

Also known as peptic ulcer, it is a localized sore on the inner lining of the stomach or first part of the small intestine . It is caused by a rupture of that membrane and may be caused by bacteria or other diseases, such as alcohol, drugs, tobacco, or stress.

Functional disorder of the digestive system that mainly affects the activity of the intestine, generating abdominal pain, constipation, diarrhea and other symptoms.

Contraindications and side effects

Its use should be avoided in people whose gastric motility may be worsened by taking this medication. For example, people who have bleeding, obstruction, or perforation in any organ of the digestive system. Also is contraindicated in people with tardive dyskinesia or neuroleptic dyskinesia (a motor disorder related to the prolonged use of some neuroleptic drugs).

In addition, it can potentiate the antidopaminergic effects on the central nervous system and the sedative effects of many substances, so its combination with phenothiazines, tranquilizers, hypnotics, narcotics and alcohol should be avoided. On the other hand, its action decreases when it interacts with other active ingredients such as digoxin and cimetidine .

It is not advisable to use it during pregnancy and breastfeeding, and it is also recommended to avoid situations that require an active state of alert, due to its sedative effects.

Among the most common side effects is drowsiness, and in older people, prolonged use can lead to tardive dyskinesia. These are the effects that an overdose of this medicine can cause .

As for the most severe reactions, extrapyramidal reactions such as muscle spasms in the face, neck and tongue have been observed in children and adolescents.