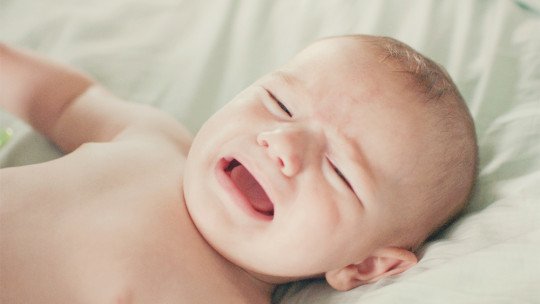 Many experts claim that personality is composed of two elements: temperament and character. While character develops from environmental influences, temperament, which is biological in nature, accompanies us from the beginning of life and serves as the basis for personality traits that will be consolidated over time.

In this article we will describe the three main types of temperament in babies: easy, difficult and slow reacting . Although a large number of children cannot be clearly classified into any of these categories, these categories can be very helpful in conceptualizing basic temperamental differences in early life.

Temperament is the biological component of personality . It is mainly determined by genetic inheritance, which makes it quite stable, although environmental factors can influence the manifestations of temperament, both in early development and throughout life.

Different aspects of biology and physiology determine the temperament of each individual. The role of neurotransmitters of the nervous system and hormones of the endocrine system is especially relevant, as well as the level of brain activation and reactivity to stimulation.

It is believed that babies’ temperament develops as they feel emotions , whose presentation patterns shape a certain psychophysiological disposition. The attitude of the parents and their reactions to the needs of the child have a relevant weight in the configuration of the temperament.

In the 1950s Alexander Thoma and Stella Chess began an investigation into behavior and personality development that would last more than 30 years, the New York Longitudinal Study. From this study, three types of temperament have been described in infants: the easy, the difficult, and the slow-reacting (or “hard-to-follow”).

Let’s see what the characteristics of each of these guys are. It is important to take into account that 35% of the children analyzed could not be strictly classified in any of them, but showed features that were characteristic of more than one of the types.

Easy” children are those with moderate intensity moods and a tendency to be in a good mood . Their biological rhythms are stable, so it is easy for them to adopt regular time and eating patterns. They also accept frustrating experiences more than children with other temperaments.

In addition, children with an easy temperament show an open disposition to new experiences and situations: they smile more at strangers, tolerate new foods satisfactorily and adapt well to changes in routine.

According to the New York Longitudinal Study 40% of babies can be classified in the easy temperament category. This makes it the most common early temperamental style of the three.

Thoma and Chess classified as “difficult” children with irregular biological rhythms, high emotional responses and a tendency to feel and manifest negative emotions , for example in the form of irritability or crying; however, they also tend to show more markedly positive emotions.

These babies have more difficulty than easy-going babies in maintaining regular sleeping and feeding schedules and patterns. They have a harder time adjusting to new foods, situations and routines, and they trust people they don’t know less.

Children with difficult temperaments react less to new stimulation and changes. They also tend to respond with cries and tantrums to the frustration of their desires and impulses.

Only about 10% of babies can be classified in the difficult temperament category; therefore, this type of temperament is less common than the easy one and the slow reaction one.

The authors of the New York Longitudinal Study also called the members of this group “hard to get excited about. They accounted for 15% of the total sample, so the slow temperament is somewhat more common than the hard one, although it is still much less common than the easy one.

In summary, we can say that slow reacting babies show many characteristics of the easy temperament , although they are more indifferent than these and take longer to adapt to changes, as the names given to this temperament suggest.

Slow reacting babies show less intense emotions than easy-going babies, whether they are negative or positive. They tend to be more reticent about new people, situations, and foods than easygoing children, although they adapt well in a progressive way, especially if they are not pressured.

Biological rhythms of slow children are less regular than those of easy ones, which makes it harder for them to acquire new patterns and habits, although less so than babies with difficult temperaments.