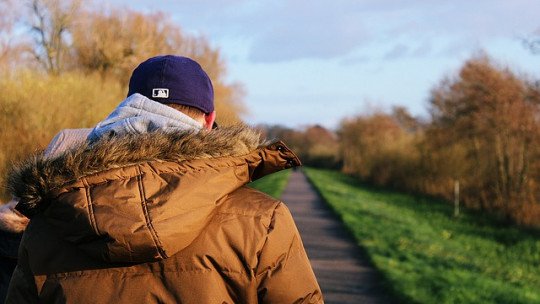 Personality disorders are a group of conditions in which individuals show long-lasting patterns of thought, perception, feeling, and behavior that differ from what society considers normal.

Their way of acting and thinking, and their distorted beliefs about others, can lead to strange behavior, which can be very upsetting to other people.

What are Personality Disorders?

These individuals often have problems in different areas of life, including social and work functioning , and often have poor coping skills and difficulties in forming healthy relationships. Personality disorders often arise in adolescence and continue into adulthood. They may be mild, moderate, or severe, and these people may have periods of remission in which they function relatively well.

Although the causes are not entirely clear, personality disorders may be associated with genetic and environmental factors. With respect to the latter, experiences of distress, stress or fear during childhood, as well as mistreatment, abuse or emotional neglect, may cause future development of such disorders.

The different personality types are grouped into three major groups or “clusters”.

Paranoid personality disorder is characterized by a generalized distrust of others , including friends and even family and partners. As a result, the person feels watched and suspected, and is constantly looking for clues to validate his or her conspiracy theories. This type of personality is extremely sensitive to setbacks, and easily feels embarrassed and humiliated. He tends to isolate himself from others and destroy close relationships.

Schizoid personality disorder is characterized by individuals with this condition isolating themselves and avoiding social activities and interpersonal relationships . These individuals organise their lives in such a way that they avoid contact with other people. Therefore, they do not want or enjoy close relationships, choose lonely jobs and activities and show emotional coldness.

Schizotypal disorder is characterized by quirks in appearance, behavior, and speech; by unusual perceptual experiences; and by abnormalities in thinking , which resemble those seen in schizophrenia.

Schizotypes isolate themselves because they possess inappropriate affection and social anxiety. They tend to have magical thinking and are characterized by superstition. Sometimes they may believe that they possess superpowers or that they have been victimized by paranormal or alien experiences. They have trouble relating because of their coldness and because they are distant.

The person suffering from this personality disorder called antisocial disorder disregards social norms and obligations, is aggressive, acts impulsively, lacks feelings of guilt, and seems not to learn from experience.

In many cases, he may have no difficulty relating, and may even seem superficially charming (that’s why he’s known as “psychopath with charm”‘). However, their relationships do not usually last long. This type of personality disorder is closely related to criminal behavior.

People with borderline personality disorder often feel empty and abandoned, and may have difficulty coping with stressful events . They have a weak and changing personality and doubt everything. They can go from moments of calm to moments of anger, anxiety or despair in just a few seconds . These people live their emotions to the fullest, and their love relationships are intense, because they idolize the other person.

The symptoms are characterized by intense anger and inability to control it, frantic efforts to avoid abandonment, real or imagined, alternation between extremes of idealization and devaluation in interpersonal relationships, markedly unstable self-image, and chronic feelings of emptiness. At times these individuals may have episodes of paranoia, and tend to engage in risky behaviors, such as unprotected sex, excessive alcohol consumption, and gambling.

People affected by histrionic personality disorder have low self-esteem and seek to attract the attention of others by dramatizing or playing a role, they are emotionally very sensitive in an attempt to be heard and seen. Therefore, these individuals pay excessive attention to caring for their appearance and behave in a way that is too charming and seductive. They have a low tolerance for frustration and continually seek the approval of others.

People with narcissistic personality disorder believe they are more important than others . They tend to exaggerate their achievements and may constantly brag about their attractiveness or success. They feel a deep need for admiration, but lack empathy for other people. In addition to their self-centered behavior, they are also characterized by a strong sense of resentment and revenge toward others.

People with this type of disorder often experience feelings of inferiority . They usually live with the criticism of others and avoid participating in new activities or making new friends because they consider themselves socially inept and unattractive. They live in constant fear of being embarrassed or rejected.

This personality disorder is strongly associated with an anxiety disorder, and may be caused by rejection by parents or childhood peers.

In dependent personality disorder , individuals suffering from this condition are dependent on other people to meet their emotional and physical needs . They are unable to make decisions for themselves and usually avoid being alone and may be prone to physical and verbal abuse.

People with obsessive-compulsive personality disorder are often highly disciplined, with a strong need for order, and they adhere strongly to rules and regulations. They are characterized by being rigid, perfectionist, ruminant, moralist, inflexible and indecisive . They feel very uncomfortable when they do not achieve perfection.