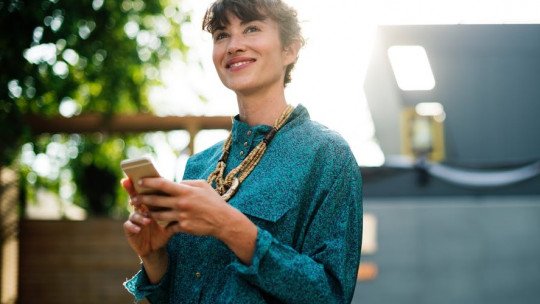 Social networks (RRSS) have been part of our lives for a little over a decade. This has changed the way we relate to others, and the way we share knowledge and information.

Although the term social networks is used to refer to platforms such as Facebook, Twitter, Instagram, etc.; in reality, this term is often misunderstood (we explain this below).

In this article we’ll look in depth at the different types of social networks and see what their characteristics are.

What are social networks

We are all familiar with the term social networking; however, we often misuse this name. Before we continue, it is better to clarify some concepts that may cause confusion.

As explained in the article “Personal Branding for Psychologists on the Internet and Social Networks”, many believe that social media is synonymous with social networks. But it is necessary to understand the difference between both terms.

However, in this article, and to avoid confusion, we will refer to social networks as social media and as online interaction communities .

A Brief History of Social Networking

Although today social networks are part of everyone’s life and it would be difficult to imagine our daily lives without them, their historical origins are recent, dating back to 1994, when technological advances allowed some websites to offer the possibility of adding comments to forums, instant messages and friends’ lists .

However, the first social network that not only allowed the creation of personal profiles, but also lists of friends and browsing through them, was Sixdegrees.com. During the period from 1997 to 2001, technological advances also allowed new interaction tools, which were used by Livejournal or LunarStorm.

Ryze.com is considered the first social network focused on business , which also emerged at that time. Later, Friendster, a dating site, appeared. In 2003 Myspace was born, and months later, in 2004, Mark Zuckerberg created the most important and well-known social network of all: Facebook.

Social networks allow the creation of communities of individuals with common interests, but there are different types, each with its own characteristics. How are social networks classified? RRSS can be categorized in different ways .

They are social networks that were not created for any specific type of user, but rather all types of individuals interact in them, who can, however, create their own communities . For example, anyone can participate in Facebook, Twitter, Google+, etc, and benefit from their use and the utilities available.

These are the ones that do address a certain audience. These are known as specialized social networks.

They are a type of vertical social network, in which the participants are professionals who interact with work objectives . For example, companies or workers from different sectors. The best known is LinkedIn.

The theme of this type of vertical social network revolves around different topics: sport, music, video games… Wipley or Dogster are some examples. The failed Bananity also intended to make a place for itself in this type of network.

They combine both professional and leisure themes, so they are less formal, for example, than LinkedIn. Unience is one of the most outstanding .

They’re intended for university audiences. In them, students can chat, get to know each other and, at the same time, download notes . Patatabrava is one of the best known.

Some social media allow people to post various news or links to external articles and then allow users to “vote” on these articles. The items that get the most votes are the most prominent. The internet community decides which news is seen by the most people . The most popular are Digg and Reddit. For Spanish-speaking users, there are several websites with the same philosophy. Perhaps the most relevant is Menéame.

Blogs are social media in which opinions, stories, articles and links to other websites are recorded from a personal site. WordPress and Blogger are the best known. Blogs allow for the creation of interactive environments, where individuals with common interests come into contact. In the field of Psychology, the best known is psicologymente.net, which receives more than 8 million visits per month. However, there is no clear line between a blogging portal and a website dedicated to publishing on a certain topic.

These social networks are characterized by the publication of very short entries or updates that allow the transfer of interaction and individuals to interact. Users can subscribe to other users’ content, send direct messages and respond publicly . They can also create and share hashtags to get content on related topics to many individuals. Twitter and Tumblr are the best known.

Social networks that allow you to upload and share various content, such as images or video . Most services have additional social features such as profiles, comments, etc. The most popular are YouTube and Flickr.