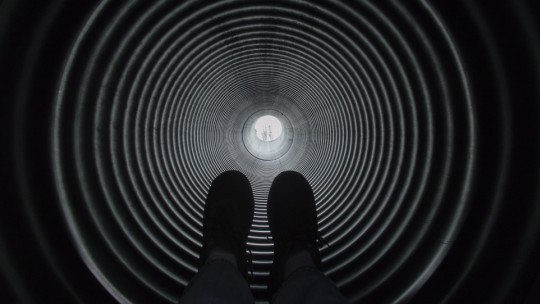 Attention is one of the most basic cognitive processes, since it allows us to focus our mental resources on specific areas in order to carry out other psychological operations, such as the perception of environmental stimuli. Different types of alterations, both with and without an organic basis, can cause alterations in this function.

In this article we will describe the characteristics of the 11 major attention disorders . Most of them fall into the category of hypoprosexia (attention deficit disorder), although it is also important to mention hyperprosexia, aprosexia, paraprosexia and pseudoaprosexia.

Psychopathological attention disorders are generally classified according to how they affect this cognitive function: specifically, we talk about aprosexia, hyperprosexia or hypoprosexia, among other terms , depending on whether they involve an increase, decrease or absence of attention resources. In any case, these concepts are somewhat confusing.

Hypoprosexia, which is characterized by reduced ability to attend to stimuli, is the most common attention disorder. Within this category we find phenomena such as distractibility, emotional attentional lability, inhibition of attention, neglect syndrome, attention fatigue, apathy or perplexity.

Apraxia is defined as the total absence of attention ; in this sense we could say that it constitutes an extreme form of hypoprosexia. The phenomenon of stupor, in which the person does not respond to almost any type of stimulation and which is associated with psychosis, epilepsy, the consumption of toxins and brain lesions, is the best example of aprosexia.

In the literature on psychopathology of attention, this term is used to refer to cases that apparently correspond to the signs of aprosexia, but that nevertheless do not imply true alterations in attention. Thus, pseudoaprosexies are framed in hysterical and simulation contexts , fundamentally.

We speak of hyperprosexia when, in the context of a transitory alteration of consciousness (caused mainly by manic episodes or drug use), there is an intensification and/or excessive focus of attention, often accompanied by hypervigilance and hyperlucidity. Like hypoprosexia, it destabilizes attention and worsens performance .

This concept is used to describe two different types of alterations. Karl Jaspers spoke of paraprosexia as the abnormal direction of attention that occurs in disorders such as hypochondria, in which excessive concern for certain physical signs can increase them. Other authors consider paraprosexia to be similar to attentional instability.

In psychopathological contexts such as attention deficit hyperactivity disorder, manic episodes or twilight states typical of epilepsy, there is a marked instability in the focus of attention. In this sense, distractibility is a type of hypoprosexia , as are the other disorders we will mention.

The context “emotional attentive lability” is used in a very specific way to define the alterations in stability and attention performance that derive from states of intense anxiety , for example those that could occur in disorders such as generalized anxiety disorder.

7. Inattention or inhibition of attention

In these cases the term refers to the reduction of the ability to focus attention on a particular focus. The inhibition of attention can have an organic origin (in which case it usually takes place with disorientation and memory problems) or a psychological origin, as it happens in melancholic depression and chronic psychoses.

We found manifestations of attentional apathy in very different contexts: in conditions of intense fatigue and sleep, due to malnutrition, by abusive consumption of certain psychoactive substances, in diffuse neurodegenerative disorders or in asthenic-apathic states. In some cases it is simply attributed to the personality of the subject .

In the area of psychopathology of attention, the term “perplexity” defines a type of qualitative alteration of this function that implies an inability to give meaning to the stimuli that are perceived , as well as to their own behaviour. Although this is a highly questioned concept, it could be applied to phenomena such as twilight states.

Left spatial hemineglect syndrome (or simply “neglect syndrome”) is a very particular brain disorder that occurs as a result of focal lesions in the right hemisphere of the brain. The most representative symptoms include spatial neglect , inattention and akinesia for one half of the body or the visual field.