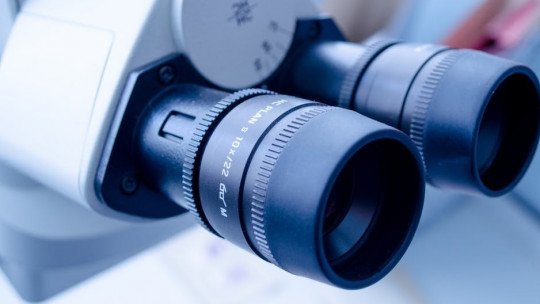 Age. Sex. Weight. Height. Occupation Socioeconomic status. Anxiety level These and other elements must be taken into account when trying to explain some kind of hypothesis regarding the human being or some kind of problem.

The fact is that everything that exists and happens around us involves innumerable types of variables that can play a more or less relevant role in the different phenomena that occur. It will be necessary to analyze and take into account which variables have an influence and how they do so if we want to obtain a generalizable explanation. This is something that is taken into account by all those involved in scientific research, both in psychology and in the other sciences. In this article we will review what are the main types of variables that exist .

What is a variable?

Before looking at the different variable types, it may be useful to briefly review what we consider to be the variable types in order to facilitate their identification and take into account their importance.

A variable is understood as an abstract construct that refers to a property, characteristic or element studied that may or may not have a specific role on that which is being analyzed and that is presented in such a way that it may have different values. These values, therefore, can vary in different measures depending on both the variable and the situation being analysed or the limits that the researchers wish to take into account.

We are therefore faced with a concept that brings together the different options or modalities that can be taken into account with respect to a characteristic in question , with these values being inconstant and different at different times and/or subjects .

The concept in question may seem complex to understand theoretically, but it is much more understandable if we think that some variables may be those cited in the introduction: a person’s weight or sex would be simple examples of variables that may or may not affect different conditions (for example, in diabetes or heart disease).

Variables can be classified in many different ways and based on many different criteria, such as their level of operability, their relationship to other variables or even the scale on which they are measured. It is important to bear in mind that the same element can have various roles and be classified as different types of variable depending on its role in a given situation or experimental context.

Types of variables according to their operability

It should not be forgotten that scientific research always requires simplifying to a greater or lesser extent elements of what one wants to study. Identifying the important elements in order to focus on them, leaving out everything else, is an indispensable requirement, because otherwise we would not be able to analyse anything as we do not know what kind of data to start with.

Thus, the different types of variables show the diversity of elements that we can look at to study plots of reality. However, this diversity makes it essential to choose the variables well in order to focus on what allows us to reach valid conclusions about our object of study.

As we have mentioned, one of the best known and classic ways to divide and classify the different variables is in relation to their operability, that is to say to the possibility of numerizing their values and operating with them . Taking this aspect into account we can find three main types of variables.

A qualitative variable is considered to be any variable that allows for the expression and identification of a specific characteristic, but does not allow for its quantification. This type of variable would only inform us of the existence or non-existence of said characteristic or the presence of alternatives. They are merely nominal, expressing equality and/or inequality. Sex or nationality would be examples of this. However, this does not mean that they cannot be observed or that they are not highly relevant elements in the research.

Within the qualitative variables we can find different types.

These are variables in which only two possible options exist or are considered . Being alive or dead is an example of this: it is not possible to be dead or alive at the same time, so that the presence of one of the values negates the other.

Those variables that admit the existence of multiple values, which as in the previous case only allow an identification of one value and this excludes the rest without being able to be ordered or operated with this value. The color is an example.

These are those variables with which it is not possible to perform mathematical operations, but which are more advanced than the merely qualitative ones. They express a quality and at the same time they allow to organize it and to establish an order or hierarchy , although not in an exact way.

An example of this is the level of education, being able to determine if someone has more or less of this quality.

The quantitative variables are all those that, this time, allow the operation of their values. It is possible to assign different numbers to the values of the variable , being able to carry out different mathematical procedures with them in such a way that different relations can be established between their values.

In this type of variables we can find two large groups of great relevance, the continuous and discrete variables.

We talk about this type of variables when their values are part of a continuum in which between two specific values we can find several intermediate values. More frequently, we talk about variables that are measured on an interval scale .

According to their relationship with other variables

It is also possible to determine different types of variables depending on how their values relate to those of others. In this sense, several types stand out, the first two being especially relevant. It is important to bear in mind that the same element can be one type of variable and another depending on the type of relationship being measured and what is being modified. Furthermore, it should be borne in mind that the role and type of variable in question depends on what we are analysing , regardless of the role that the variable actually plays in the situation being studied .

For example, if we are investigating the role of age in Alzheimer’s, the age of the subject will be an independent variable while the presence or absence of tau protein and beta-amyloid plaques will be a dependent variable in our research (regardless of the role each variable plays in the disease).

Independent variables are understood to be those variables that are taken into account at the time of research and that may or may not be possible to modify by the experimenter. This is the variable from which we start to observe the effects that quality , characteristic or situation can have on different elements. Sex, age or base anxiety level are examples of independent variables.

This label refers to all those variables which have not been taken into account but which have an effect on the results obtained .

Thus, they are all those variables that are not controlled and taken into account in the situation studied, although it is possible to identify them after it or even during an experiment or investigated context. They differ from the moderators in the fact that the extraneous ones are not taken into account, which is not the case of the moderators.

In other words, extraneous variables are those that can lead us to erroneous conclusions when interpreting the results of an investigation, and the impact of their presence depends on the quality of the design of the studies carried out to investigate something.

Types of variables according to scale

Another possible classification of variables can be made according to the scales and measures used. However, it should be borne in mind that the scale in question would be more of a distinguishing element than the variable. It should also be taken into account that as the level of operation of the scales used increases, new possibilities are incorporated in addition to those of the previous scales. Thus, a ratio variable also has the properties of the nominal, ordinal and interval. In this sense we can find the following types.

We speak of nominal variables when the values that said variable can reach only allow the existence of a specific quality to be distinguished, without allowing these values to perform a sorting or mathematical operations with them. This is a type of qualitative variable.

Although it is not possible to operate with them, it is possible to establish a sorting between the different values. However, this order does not allow the establishment of mathematical relations between its values . These are fundamentally qualitative variables. Examples of this are socioeconomic status or educational level.

In addition to the above characteristics, interval scale variables allow to establish numerical relationships between variables, although these relationships are generally limited to proportionality. There is no absolute zero or totally identifiable zero point, something that does not allow direct transformations of values into others. They measure ranges, rather than specific values, something that complicates their operation but helps to cover a large number of values.

The ratio variables are measured on a scale such that it is possible to make them fully operational, and various transformations can be made to the results obtained, establishing complex numerical relationships between them. There is a point of origin that implies the total absence of what is measured .

It should not be forgotten that the different types of variables are always a simplification of reality, a way of dividing it into simple and easy to measure parameters isolating them from the rest of the components of nature or society.

Therefore, we cannot simply believe that knowing these variables is to fully understand what is happening. Taking a critical look at the results obtained from the studies of variables is necessary in order not to reach erroneous conclusions and not to close ourselves off to more complete and realistic explanations of what is happening around us.