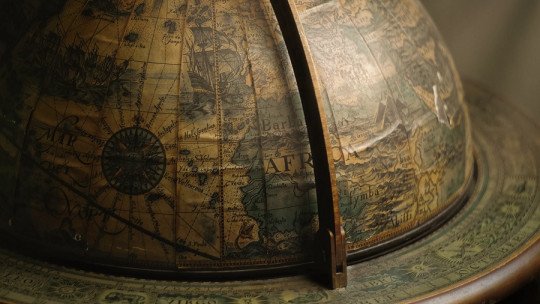 Our planet possesses a series of conditions that make it capable of harbouring life as we know it, and in fact for the time being no other has been identified where life exists (although it is unlikely to be the only one).

But although it is our home, the truth is that there is much we do not know about our planet . That is why there is geography, a discipline that tries to investigate and explore the surface of our planet.

However, often the knowledge and techniques specific to a single discipline are not sufficient to explain and acquire a critical understanding of what is being studied, but require the contribution of related or specialized sciences in specific elements linked to the object of study in order to obtain a more complete knowledge. This is also the case with geography, which is why, in order to visualize how other sciences contribute to its understanding , we will describe some of the most relevant auxiliary sciences of geography .

Geography is the discipline or branch of science whose main object of study is the surface of our planet , describing and analysing both the peculiarities of the terrain and the different territories and landscapes and the societies that inhabit them, as well as the interaction between both. This study refers to both natural and socially generated territories.

It is a historical discipline that was once considered universal, although over time it has been displaced by other sciences such as physics and chemistry. In short, geography analyses the natural and geographical phenomena that exist today, as well as the different factors that influence their change. And in its work, it often feeds its knowledge with the contributions of various auxiliary sciences.

What are the auxiliary sciences?

The term “auxiliary sciences” refers to the set of disciplines which, , although not entirely attached to a specific discipline and have their own objects of study, complement it and provide support for the better understanding and development of the discipline in question.

One of the easiest cases to understand, and where the help of auxiliary sciences is most often used, is history. It is possible to analyze events that occurred in the past only on the basis of the facts themselves.

However, this knowledge is partial if we do not take into account that our way of seeing things may differ greatly from the way they were in the times studied. Thus, we will be able to understand better what happened if we take into account, for example, the economic conditions, the way of thinking, the cultural beliefs, values and expectations, the level of development of agriculture and livestock or the climate of the moment (which implies the participation of sciences such as economics, sociology, psychology, agriculture or meteorology).

The case of geography is similar: understanding the current state and the changes that the planet’s surface suffers and has suffered requires knowing aspects such as climate, the formation or disappearance of aquifers or glaciers, the behaviour of tectonic plates or even the effect that living beings (including us) have on it. This is why the help of the auxiliary sciences is so necessary.

Geography can be nurtured and its understanding of its object of study enhanced by contributions from multiple disciplines, among which we can find the following.

Geology studies the composition and structure of rocks and soils , which is fundamental for understanding the properties and helping to explain why and how the surface of the planet can change. Tectonics is part of it, studying for example the movement of land masses.

Another of the most relevant auxiliary sciences for geography is meteorology, since the study of the behaviour of our atmosphere, weather and climate can serve to explain processes such as desertification or flooding.

Three quarters of the earth’s surface is water, so geography must drink a great deal from the study of the composition and behaviour of the liquid element in all types of water: rivers, aquifers, seas or oceans . And the branch of science called hydrology is in charge of its study.

Within this we can find its branches such as oceanography or potamology. The tides or the level of the sea or the presence of aquifers, are aspects that are linked for example with the quantity of emerged land.

This discipline deals with the study of water in its solid state, including the formation of glaciers or hail . Technically it could be considered within hydrology, and its participation in geography can be very useful.

Cartography is deeply linked to geography, being the science that studies the topography of the terrain and takes measurements of it to produce graphic documents such as maps .

Although geography focuses on our planet, astronomy is also a discipline that can be used to improve the understanding of your subject. The behaviour of the stars and how they influence our planet , as well as the mint in which our planet moves through the cosmos, can help explain the state of the surface.

Our planet is inhabited by an immensity of creatures, which survive in a subtle balance to the ecosystem on which they depend. The presence or absence of certain living beings can greatly alter the surface of the Earth .

Without a doubt, biology is a science especially linked to geography, since different living beings have a role in the state of the planet’s surface. Plants, animals and even microorganisms are part of the world and modify it (for example, plants contribute to the formation of oxygen and hinder soil erosion).

The study of societies and forms of human organization is an element proper to sociology, which can contribute to the analysis of the concept of territory and how human beings operate in it. In fact from the union of both disciplines arises the so-called social geography .

Despite the fact that apparently it has little to do with geography, politics can be considered an auxiliary science to it because the understanding of human organization and management systems as well as of the multiple laws and policies applied in relation to the territory can influence and even explain the state of the planet’s surface .

In addition, the policy also explains the division of territories made by the different countries. In fact, the relationship between politics and geography is so relevant that there is a sub-discipline called political geography.

One of the purest sciences in existence, physics is concerned with the study of matter, energy and its properties. Physics can be used to understand the properties of the earth’s surface and the forces to which it is subjected .