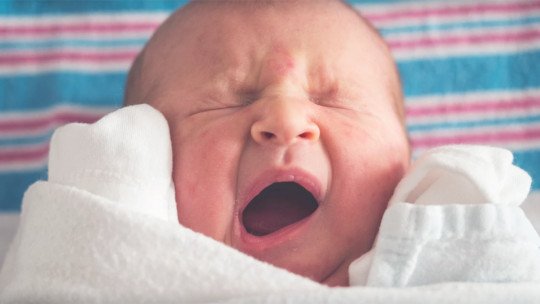 Throughout our development as a species, human beings have acquired reflexes, behaviors that depend on the central nervous system and occur in response to certain types of stimulation. A special case is that of primitive reflexes, which appear in babies but are lost within a few months of life.

Below we will describe 12 of the most characteristic primitive reflexes of early childhood. Unlike the blink reflex, the refraction reflex or the knee-jerk reflex, primitive reflexes are not maintained during adulthood; their origin is associated with an increase in the survival of babies in the conditions in which our species evolved.

The absence of these reflexes is a sign of neurological problems , although sometimes it may also be due to conditions of stress or psychological distress. Conversely, the presence of primitive reflexes at stages of development when they should not remain also indicates some kind of alteration of the brain.

Before reaching about half a year of age, babies are able to grasp objects with their fingers if they press on the palm of one hand. At the adaptive level, it allows infants to suspend their own weight for a short period of time.

The search or rooting reflex is associated with breastfeeding: when babies under 4 months notice that something touches their cheek or mouth, they turn their head towards the object and open their mouth to suck on it . This reflex is also detected in some adults with severe cerebral palsy.

The suction reflex acts in a complementary way to the search reflex. When babies notice that something touches their palate, they instinctively squeeze it with their tongue; the function of this reflex is to encourage the secretion of milk by the mother’s nipple.

This behavior occurs when the baby’s belly is placed on a surface and the foot is held; the child begins to move all four limbs in a coordinated manner to move across the floor. At 4 months, this reflex is no longer present.

As its name suggests, this reflex allows babies to take steps in a rhythmic manner when held upright with their feet uncovered on a flat surface. It disappears between 2 and 3 months of age as a result of changes in the relative weight of the legs.

If a baby is held against the water, for example in a bathtub or at the beach, they begin to move their arms and legs and breathe out through their mouths, although they may swallow a lot of water in the process. The swimming reflex disappears at 6 months of age.

The Moro, startle or cuddle reflex occurs when babies under 5 months hear a sudden loud noise . Stimulation of this type causes them to first extend their arms and legs and then close their arms against their own body. This reflex would help babies stay attached to their mothers while being transported.

When the side of an infant’s foot is tapped, it extends the big toe backward and separates the remaining toes while twisting the foot inward. The absence of this reflex often indicates insufficient myelination of the motor pathways of the brain stem.

The asymmetrical tonic neck reflex causes babies to turn their heads to the side and assume a protective posture when lying on their backs. This is a behaviour that precedes the coordination between the eyes and the hands . Sometimes it is also called “fencer’s reflex” or “fencing position”.

This reflex, which disappears at 3 or 4 months, is triggered when the baby is suspended upside down and head bent. First he stretches his head, trunk, and legs, and then he flexes the rest of his body. One of the primitive reflexes involving more muscles.

Babkin’s reflex is triggered by pressing both palms of the baby’s hands while he is lying on his back . When this happens, the baby opens its mouth, closes its eyes and turns its head. It also stops appearing between 3 and 4 months of age.

Galant’s infant reflex is present for the first 6 months after birth. It consists of the turning of the body, with a search or orientation function, when the baby feels his or her back being touched.