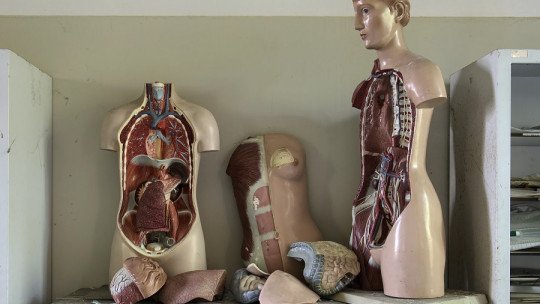 Since time immemorial, human beings have tried to understand the mysteries behind the functioning of their own bodies and what mechanisms were involved.

There are many organs that constitute us, which interact with each other to carry out their functions and keep us alive.

In this article we will deal with the systems of the human body , their functions, their characteristics and which are the main organs that constitute them.

What are the systems of the human body?

The smallest unit that forms an organism is the cell. This structure groups together with other cells to form the tissues that, in turn, form the organs. These organs interact with each other, carrying out functions together and forming the systems and apparatus of the human body.

To be able to coordinate efficiently and carry out their functions, the organs receive nerve impulses from the brain and spinal cord in addition to being the arrival of hormones that initiate different biological processes.

Medicine has been responsible for the study of the organs and systems that constitute , specializing in different branches that address them in greater depth. To give some examples, we have cardiology, ophthalmology, hepatology, among many others.

Before going into more detail about the different types of systems, it is worth explaining a little about how they are classified. Although all systems are essential to keep the organism alive , they have a certain degree of hierarchy depending on the role they play.

They are those systems that shape the human body, protect it and perform biomechanical functions .

They perform the vegetative functions such as metabolism, reproduction, digestion…

It handles the transport of fluids such as blood and lymph.

Let us now see what are the systems of the human body and their characteristics .

It is responsible for sending nerve impulses throughout the body, allowing functions such as voluntary control of movement, conscious decision making, thinking, memory and other cognitive aspects.

In addition to being responsible for making us aware of our external environment and ourselves, the nervous system is also responsible for actions that cannot be voluntarily controlled such as reflexes, the maintenance of basic biological functions such as the heartbeat, and the transmission of one’s nervous information.

Its smallest units are the nerve cells , which are the neurons and glia cells. 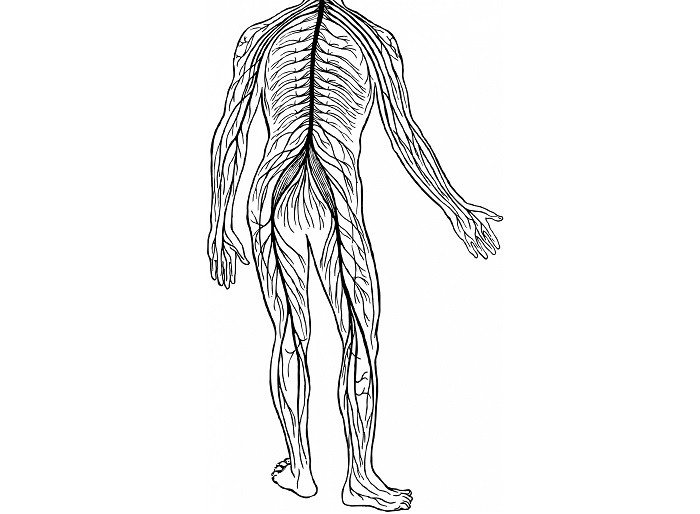 Among the functions performed by the endocrine system are the metabolism, the growth of the body, the production of hormones and sex cells…

On the other hand, the endocrine system is made up of all the glands of the human body: testicles, ovaries, pituitary, liver…

It is a structure made of veins and arteries, through which blood travels . This liquid is of fundamental importance for keeping the body alive, since nutrients extracted from food and oxygen captured from the air travel through it.

These substances end up in the cells, where chemical reactions take place that give them energy to keep them alive. 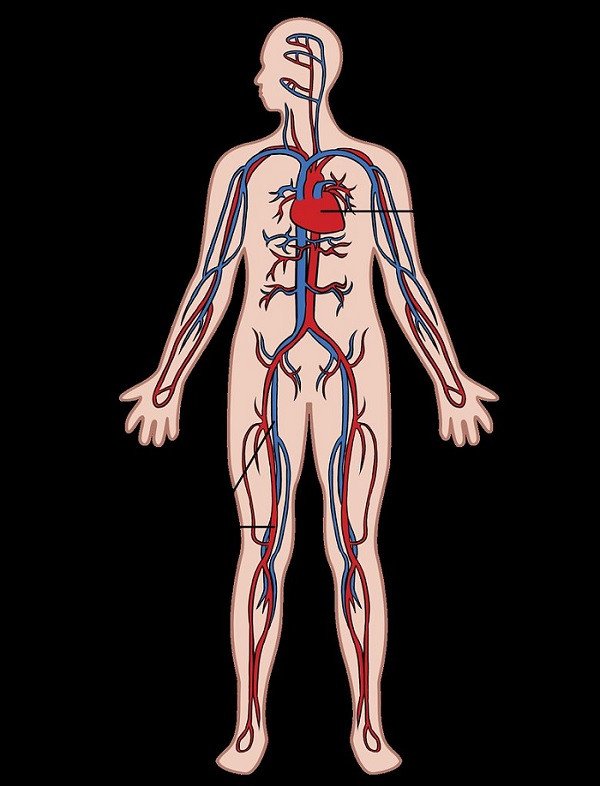 The main organ of this system is the heart , which works as if it were a motor allowing blood to flow throughout the body. This organ has special chambers that prevent the blood in the veins from mixing with the blood in the arteries.

It is in charge of collecting and using nutrients . Through physical and chemical processes, this system assimilates nutrients from the food, with which biological functions can be maintained.

Digestion begins in the mouth, where food is chewed and mixed with saliva. It then passes into the esophagus to reach the stomach. There, through the actions of the gastric acids, the food is broken down and reduced into simpler elements.

Once the food has been broken down it passes to the intestines, first to the small and then to the large intestine , where the villi of these organs absorb the nutrients that pass into the bloodstream.

What has not been able to take advantage of the food passes to the final parts of the intestine, which are the colon, the cecum and the rectum, waiting to receive the signal to be defecated.

It captures oxygen and removes carbon dioxide . The oxygen is introduced into the bloodstream so that the blood can carry it to the cells and cellular respiration and metabolism can take place.

Carbon dioxide, which is the result of these cellular processes, is extracted from the blood and expelled through the lungs and the rest of the respiratory system.

The parts of the body involved in breathing are the lungs, bronchi, pharynx, trachea, nose, diaphragm and larynx.

Breathing is a semi-reflective process , that is, we can control it in part, however, when we are sleeping for example, we keep on breathing.

It is in charge of eliminating from the organism those substances that can be harmful , which have been introduced through food or are the result of metabolic processes.

The excretory system has two ways of removing unusable substances. On the one hand, through the sweat glands, it can eliminate pathogens and waste through sweat. On the other hand, through the kidneys, which filter the blood and remove what may be toxic, urine is formed, through which what is not beneficial to the body is eliminated.

It is in charge of the procreation of the species . There are differences in the morphology of this system depending on the sex.

The male reproductive system consists of the testicles, which are responsible for producing sperm.

During intercourse, the penis is first hardened by sending blood to it and making it erect. Once this has been done, the penis is inserted into the woman’s vagina to be able to expel semen, a liquid in which sperm and nutritional substances are found to keep them alive.

In the case of the female sex, the main sex glands are the ovaries, which are responsible for producing eggs. These descend through the fallopian tubes once a month, waiting to be fertilized. If fertilization does not occur, they are eliminated during menstruation.

If a spermatozoon manages to reach the egg, fertilization occurs . A zygote will be formed that nine months later will be a fully formed baby.

It is formed by about 600 muscles , divided into three types:

They attach to the bone and are involved in voluntary movement .

The organs , such as the intestine and the stomach, allow the movement of substances.

They allow the transport of blood by the movement of the heart.

It is composed of about 200 bones and, together with the muscular system, forms the locomotor system, involved in voluntary movement.

Bones, in addition to supporting the body, make blood cells and are an important storehouse of calcium. 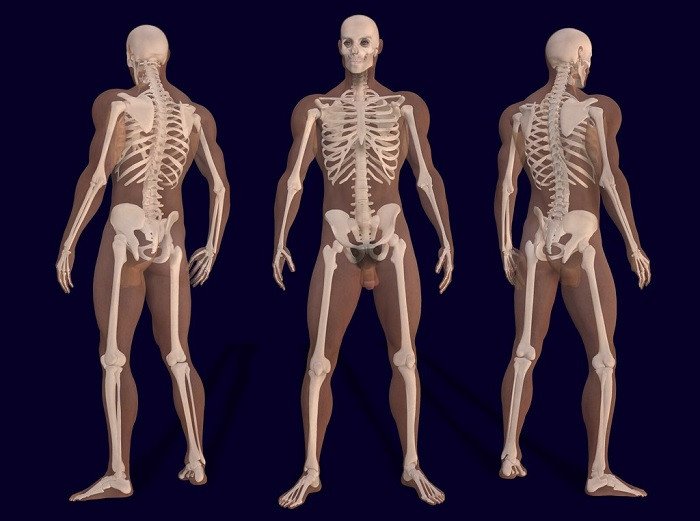 It is in charge of the defence of the organism against pathogens , that is, viruses, bacteria and other elements harmful to the body.

Its objective is to identify the intruders, pursue them, attack them and eliminate them through the white blood cells, which are produced in the lymph nodes, thymus, spleen and bone marrow.

When a pathogen is detected, several biological processes are activated as an alarm, such as inflammations and production of mucus and pus.

It is made up of the lymph nodes, in addition to the ducts and vessels through which the lymph travels .

Lymph is a substance in which the white blood cells involved in the body’s defense are found.

It is made up of the largest organ in the human body: the skin . It is also made up of nails and hair.

Its function is to protect the body from external agents, in addition to maintaining a constant temperature. By means of perspiration, in summer it allows the temperature to be lowered, while in winter it prevents heat loss.