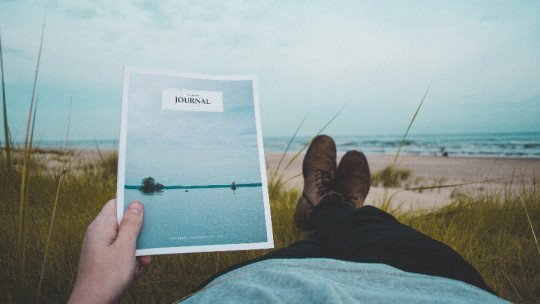 Reading not only improves our knowledge, but can be great entertainment or help increase memory. Surely you have read many texts throughout your life; however, it is not the same as reading a romance novel or an instruction manual.

Types of text and what makes them different

Therefore, there are different types of text. But what are the differences between them? What characterizes them? In the following lines you can find a classification with the different text types.

The narrative text is one that tells events, stories, tales, facts or myths , so it can be fictitious or non-fictitious. It is characterized by a sequence of events expressed by dynamic verbs and adverbs and spatial connectors such as: &quot;and then&quot;, &quot;first&quot;, &quot;second&quot;, &quot;third&quot;… For example: &quot;First we filled our bags and then we got in a taxi and went to the airport. After that…

The most commonly used verb form in this type of text is the past tense . Usually past perfect but others are also used: he picked up the salt shaker, he lived in that house, he had walked, he was clear, he said what he thought, etc. However, when dialogues are reproduced in a direct way, that is, transcribing what the characters say to the letter, the most usual verbal form is the present: -Get out of here! -Let me go on my way! -said the man.

This type of text, called descriptive text, is intended to define something , whether an object, a person, an animal, a situation or a description of another type of text. It is also used to express feelings. Text usually revolves around the attributes of a thing and often uses the forms of the third person pronoun.

There are two types of descriptive texts:

The aim of this type of text is to explain . The expository text is oriented to explain a topic but in which the author does not give his personal opinion, that is, he usually provides relevant facts and figures, but does not include his opinions. These types of texts are often found in many textbooks, such as those of a school or university subject. They usually include definitions, explanations, etc.

The structure of these texts is usually very clear, beginning with an introduction to introduce the topic; the development, highlighting objective analysis, examples or data; and the conclusion, summarizing the most important aspects of the topic at hand. Its purpose is to inform.

The argumentative texts start from an assumption, in which a writing style is used that tries to persuade the reader , since the reasons for or against a certain &quot;position&quot; or &quot;thesis&quot; are exposed.

To achieve this, the text usually begins with a statement that helps to understand the arguments being proposed. In other words, it is necessary to put the reader in context before moving on to explain the benefits or characteristics of the topic at hand. To add credibility, this type of text may contain bibliographical references that allow to demonstrate its validity, but also reasoning of cause and effect, authority (i.e. experts in the subject) or popularity (i.e. everyone does it), among others.

The directive text encourages the reader to do something , so it is an instructive text that explains how to develop an activity or carry out an objective. In this type of text, the order is very important, as well as the logical order, with cause-effect relationships, and the order from more to less importance. An example of this type of text would be an instruction manual.

If you are one of those people who have studied at university, you have surely read a scientific text , which is a type of text that aims to show the progress of research. In it, formal writing stands out, in which technical language is used. The structure is coherent, and the information must always be referenced.

These are texts used in the judicial field , which contain numerous technical terms, ancient terms (for example, from Greek or Latin) and a formal and conservative language. They are characterized by the logical and progressive arrangement of the contents, and their content stands out for its objectivity, which aims to avoid erroneous or ambiguous interpretations.

The prayers are third person singular, impersonal and passive reflections. Compared to other types of text, word repetition is common and, in fact, key concepts in the document are often repeated over and over again to avoid ambiguity.

They are texts with a great literary aesthetic, so they are considered works of art . The metaphorical language stands out, rich in expressiveness and emotion. The poems, stories, tales and some essays are examples of literary texts.

Humanistic texts are those that deal with the theme of human relations (for example, philosophy or sociology), but that are not formal, as is the case with scientific texts.

As its name indicates, the content of these texts is advertising , and aims to persuade the reader to contract a service or make a purchase of a product. Copys and slogans are examples of this type of text.

Journalistic texts are those that pretend to inform, although they can also provide an opinion . Their objective is journalistic communication, and they can be found both in paper journals and on websites.

New technologies have allowed our way of relating and communicating to change. This change has also affected texts, which have a lot of power in the digital world.

This type of text, for example, is what we can find on blogs or in digital magazines . The immediacy of the information that characterises this medium and the ease of access to the content that can be found, means that the reader does not read many of these texts in their entirety, but rather usually scans them to go directly to the information that interests him.