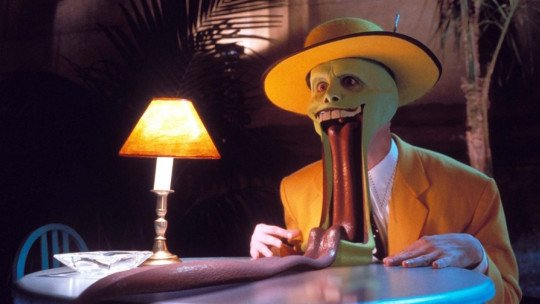 Humour is one of the most contagious human responses and one that leaves a greater sense of satisfaction and well-being in both our body and our psyche. But in general, laughter rarely arises spontaneously, and we must be exposed to situations that can generate it, or to the evocation and imagination of these.

Fortunately, the positivity generated by laughter has made the human being seek to actively provoke it, incorporating it among other aspects to the arts. Among them is the cinema, which throughout history has produced a large number of works of great quality. That is why in this article we can make a brief selection of 14 laughing films, with the purpose of showing different examples of comedy in the seventh art.

Below we present a small collection of comedy and comedy films from different periods and designed for different audiences.

An amusing parody of the film Scream, which has several sequels in which elements from different horror and science fiction films are used in a ridiculous way . The original used, based on Scream, elements from I Know What You Did Last Summer, The Shining, Matrix, Carrie, American Pie or Halloween. The plot revolves around Cindy Campbell, who years after committing a deadly (or almost) outrage, links this to the sudden pursuit and murder of the members of the group of friends.

Although it would not be the first parody of a film genre (in fact, one that predates it can be seen in the list), in addition to its official sequels this film gave rise to a profusion of films that used the same tone and the use of elements from multiple films to make a parody, such as Spanish Movie.

This old movie was the first one with sound made and starring Charles Chaplin, being a critic to the Nazi dictatorship and fascism in general. The protagonist plays both the role of a dictator and a persecuted Jew. More than a laugh, we could consider it an interesting satire or dramatic comedy that makes humour out of one of the most lurid and saddest themes of the last century. Curiously enough, despite being released in wartime, the film was generally well received and was a great success.

If we talk about Macaulay Culkin we probably end up talking about one of his most famous roles: that of Kevin, the main character in this film. It is about an eleven-year-old boy who is accidentally forgotten by his family at home due to the rush to catch a plane and who must protect his house from the assault of some thieves, by placing ingenious traps that will make life impossible for the criminals . It had several consequences.

This well-known film acts as a parody of the cinema of natural disasters . It presents us with a retired pilot named Ted Striker who, despite suffering from a phobia of flying (the reason for his retirement), gets on a plane to recover his stewardess girlfriend, who has recently left him. However, on that flight, the crew and part of the passenger are intoxicated by the food, and the pilot and co-pilot are affected, leaving the stewardess and the ex-pilot with a flying phobia, the responsibility of carrying the aircraft.

With multiple sequels due to its popularity, this film tells us how Carey Mahoney enlists in the police academy as the only alternative to jail , knowing multiple professionals in the process of who he will become friends with and who he will end up helping. Initially, he tries to get himself expelled without ending up behind bars, but the commander in charge has promised not to expel him so that his attempts will be unsuccessful.

A rather more recent film than most of those on the list, this film that deals with typical Basque and Andalusian stereotypes with humour tells us how the Sevillian Rafa falls in love with Amaia, a young Basque girl who had just broken up with her ex-boyfriend, and is followed by Argoitia. There the arrival of Amaia’s father will make Rafa have to pass himself off as the young woman’s ex-Basque, whom he was in fact going to marry.

This Monty Phyton film is a parody of medieval life and a critique of the modern lifestyle. Its plot is based on the myth of King Arthur, who together with the Knights of the Round Table (in this case, square) will be given the mission of finding the Holy Grail, having to live various adventures to do so.

Curious comedy in which Mikey, a newborn, will be narrating (as a voiceover) his first years of life and how he sees the love life of his mother (who is single after the baby’s father has left), having decided the little one who wants to be his new father and having to make his mother realize that he is the perfect couple for her. It had two sequels, although not as successful as the original.

This comedy starring Jim Carrey tells the story of Bruce Nolan , a reporter who dreams of becoming a news anchor but ends up being fired after showing his anger on air when he learns that it is his enemy who gets the job. After that and several other problems, he gets angry with God and insinuates that he should be fired. God will decide to test him to see if he could do better by giving him his powers. He also had a sequel, in this case related to the story of Noah’s Ark.

This classic is a highly valued comedy that tells the story of how two musicians witness a settling of scores and because of this they begin to be persecuted by the mafia. In this context, they decide to dress up as women to play in a female orchestra and be able to survive while remaining hidden. They will also have to deal with love problems: while one of them attracts the romantic interest of a millionaire, the other one will try to conquer the singer of the group, played by Marilyn Monroe.

With several sequels behind it, the American Pie saga brings us a typical comedy focused on the interests and exploration of sexuality typical of adolescence and early youth .

The first film tells the story of how young Jim Levenstein and his friends actively seek to lose their virginity, each using different strategies to do so. The protagonist even stars in an incident with a webcam and a classmate, making the whole school watch as he ejaculates twice with slight foreplay, only to end up meeting a girl who apparently does not know the existence of the video in question.

Another classic of humour that has had various sequels both in cinema and in animation series , the original tells us how Stanley, a friendly executive with very bad luck and who is constantly beaten up by all his surroundings, finds himself on a particularly bad night with a wooden mask that has magical properties: when he puts it on he changes completely, emerging a completely different side of him with the ability to realize his deepest desires. Oddly enough, at first it was going to be a horror film.

Homeland film that presents a great type of humour that may not be amusing to all viewers: it is a vulgar, low-life humour that resorts to the most absurd topics of society in order to elicit a laugh or a grimace of amazement while ridicules and reduces to the absurd different aspects of our society . Specifically, it is possible to represent in a comical and at the same time somewhat bitter key of machismo, racism and corruption, as well as sexuality and poverty.

In Torrente we will see the story of José Luis Torrente , a corrupt policeman, a Francoist who has all the characteristics mentioned above and who often takes advantage of others and accidentally discovers a gang of drug dealers he is trying to eradicate.

This comedy starring Santiago Segura has had multiple sequels, which use the same tone between comic and acid as the original. It also resembles the kind of humor in another film of the same genre, Austin Powers.

A Spanish film that is still in theaters today, tells us the story of Curro and the promise he makes to his son : to get outstanding in everything will take him to live an unforgettable vacation. The problem comes because his situation is quite precarious and he does not have the financial resources to do so, although he will do his best to keep his promise.