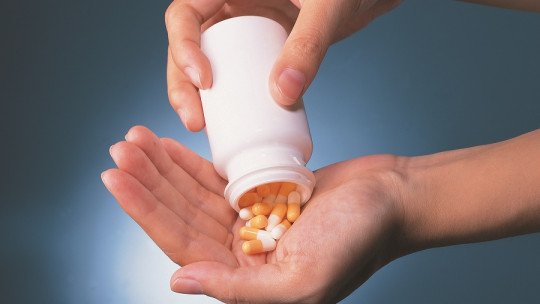 Drug use is a growing problem worldwide, and the consequences of it bring many problems for people physically, psychologically and socially.

Therefore, the first step in the fight against drug addiction is to know the causes of it. In this article we will see 14 causes of drug addiction that have been shown to be habitual ; they range from social and family influences, to the very action of neurotransmitters and genetics.

Are there factors that cause drug addiction?

Of course, both the initiation and the maintenance of drug addiction habits do not appear spontaneously or randomly, but rather are the response or result of a series of previous situations that predispose to it .

However, it is necessary to specify that each person is totally different when facing these situations, and that the experience of these does not necessarily have to end with a drug addiction habit. Even in those causes of genetic origin, the person must be influenced by many other factors that predispose him/her to it.

This means that there is no single cause for drug use. Although there are numerous elements that influence its appearance, two or more of these must appear together for the person to decide to start taking drugs in a recurrent manner.

Most Common Causes of Drug Abuse

Among the most common causes of drug addiction are the following.

After numerous investigations it has been concluded that curiosity is one of the main causes of drug addiction behaviour .

This factor is especially present in the younger population, who are initiated into drug use influenced by information received from the environment or the media.

Although not all people who have experienced a traumatic experience or one with a high emotional content develop behaviours or habits of drug addiction, many others find in drugs an escape route that helps them to cope with certain especially complicated situations.

The aim of these behaviours is to forget certain memories that torture the person’s mind and thus, distract the intellect so as not to have to face them. In this way, many people decide to experiment with drugs to achieve a state of relaxation or stupor.

This point is closely related to the previous one. Those whose pace of life involves a great deal of pressure or stress , whether at work, in the family or socially, may find in drugs a way to relax and relieve this tension, even if only for a few moments.

However, the addiction itself will generate more and more tension between one consumption and another , so the person will need more and more doses and will do so in a more and more recurrent way.

In certain settings such as sports or academia, it is common for some people to resort to the consumption of some type of narcotic substance in an attempt to improve their performance .

What these people ignore or think they can avoid, is that even if the drug is only used at specific times for a specific purpose, there is a good chance that it will become an addiction.

5. Lack of motivation and objectives

There are numerous cases of drug addiction in which people do not find any kind of motivation in their lives, and therefore seek in drugs the experience of pleasant sensations or euphoria .

6. Influence of the family context

Certain studies establish that living in an unstable family environment , being the child of drug-addicted parents or mental disorders in parents are factors that facilitate drug use in the youngest.

In a family environment where drug use is common and even normalized, it is common for children to develop some kind of addiction and for parents, as users, not to condemn these behaviors.

7. Pressure or influences from the circle of friends

One of the most frequent causes of drug addiction in adolescents is the pressure they receive from their group of friends to start using . In groups where the use is habitual or frequent, it is very possible that the minor initiates and maintains the use of drugs with the intention of fitting in or integrating into it.

The properties of certain drugs of abuse make it easier for a person to feel uninhibited and safe. Therefore, those who are introverted or have poor social skills are more likely to use a substance when faced with social interaction.

Especially at younger ages, the influence of certain well-known people or public figures can make some people want to imitate some of their behaviour, including experimentation with drugs.

Sleep problems are becoming more and more common in many people, and those who need to rest properly for whatever reason, or who work at night and need to sleep during the day, may start taking drugs or relaxing compounds to help them sleep .

However, if the person begins to become stubborn about sleep and tiredness, the repeated use of these compounds or drugs can lead to serious addiction.

In most cases, when we think of an addiction, only all kinds of illegal substances or alcohol come to mind. However, those prescribed drugs with a risk of addiction and administered in an erroneous manner , are susceptible to becoming possible drugs of abuse or, at least, generating a lot of dependence.

There are certain mental disorders and illnesses whose symptoms may incite the person to use some type of drug. Either to relieve pain or to relieve psychological distress.

The disorders most frequently associated with drug use are

Although it cannot be considered a direct cause of drug addiction, there is an extensive debate between the research that defends the existence of a genetic predisposition to drug addiction and those others that insist that this association is really due to learning.

However, studies on twin brothers have found evidence that points to a strong link between the partial relationship between drug addiction and genetics.

In most cases, it is the very mechanism of pleasure and reward carried out by different neurotransmitters involved in the processes of addiction that leads the person to want to experience again the pleasant sensations they felt during the first consumption .

In this way, a person with an organism that is particularly sensitive to the action of certain substances can go from experimenting with drugs for the first time to developing an addiction that allows him or her to repeatedly experience the same sensations of pleasure.