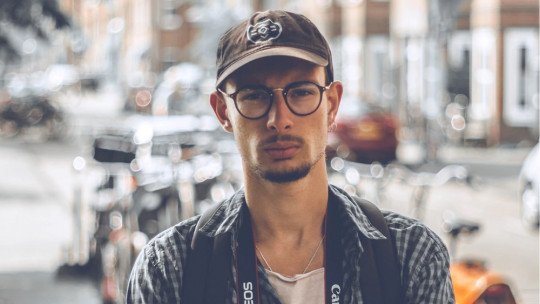 Language is one of the most important capacities of the human being, to the extent that in ancient times it was considered one of the main factors that identified us as human beings.

Communicating, expressing what we think and feel, and the various uses that can be made of such communication, is partly innate, but must be trained throughout our lives. But sometimes different problems can arise that cause either this acquisition is not correct or is lost for some reason. Thus, we can identify different types of language disorders . In this article we will look at some of the main ones.

Language disorders are understood as all those difficulty or absence in the comprehension, expression or repetition of language in its different aspects that generate problems in the adaptation of the subject to the environment and/or a significant discomfort. These problems may arise during the period in which the skill is acquired and strengthened, or as a loss of the skill already acquired.

Based on what has been said, we can see that there are multiple problems that can arise in any of these areas, with different types of language disorders.

However, although they affect communication, language disorders that are not limited to this area, such as selective mutism (which is a problem of anxiety and not of language, which is perfectly preserved), are not considered properly. Other disorders such as autism are not included within language disorders either, although in this case they do have language difficulties (some of which are included in the following disorders).

Formerly known as Specific Language Disorder or TEL, language disorder is characterized by the presence of problems in the understanding and/or expression of language in subjects with intellectual abilities typical of subjects of the same age, so that such problems would not be the consequence of an intellectual disability.

The grammatical structure and the lexicon are affected , being the discourse generally less neat and more limited than usual.

The phonological disorder, previously known as dyslalia, is a problem of oral language in which difficulties in articulation are produced , making language difficult to understand and limiting social participation. It cannot emit certain sounds correctly, and tends to make substitutions, transformations and omissions of these. The phonological disorder cannot be due to organic causes, which makes it comparable to the old functional dyslalia.

Dysglosia is an organic dyslalia produced by morphological alterations that prevent or hinder the normal use of language and correct pronunciation. An example is found in people with cleft lip or facial malformations. Also is considered a type of organic dyslalia .

Also known as stuttering, it is a relatively common problem in childhood, although in some cases it becomes chronic. The main problem lies in the difficulties in the fluency with which speech is produced, especially in the presence of an audience.

In his speech, the subject suffers from different blockages which interrupt the usual rhythm of speech , whether it is an abrupt one at the beginning of a word, several small spasms along a word or sentence or a mixture of both. They tend to generate great anxiety and sometimes avoidance.

Also called pragmatic communication disorder, it is based on the existence of difficulties in using language in a manner appropriate to the context. There are no problems in understanding or broadcasting, but there are problems in using the right language at the right time.

It is usual that the subject does not understand why in certain contexts to use one language or another is more or less appropriate, that there are difficulties to understand metaphors and analogies , to look for second meanings or to find different ways to express the same idea, being the language generally literal. Likewise, this is not only the case with oral language, but also with gestures.

This symptomatology is common in subjects with autism and Asperger’s .

Aphasias are all those alterations in which the loss or difficulty in producing, understanding or repeating language due to the existence of a brain injury occurs, with such ability already acquired previously and the deficits only occurring later.

Its childlike equivalent is dysphasia, in which such problems occur in the face of a skill that is not yet consolidated and which often cannot be fully developed due to brain injury . In the latter case it is sometimes difficult to differentiate from other problems, since there is no fixed baseline with respect to language ability: the child has not yet learned or has not yet learned to communicate.

Within this group of disorders there are many variations, depending on the area injured and the effect it has on communication and language.

One of the best known language disorders, but in this case of written language. Dyslexia is the difficulty in reading and writing in which the subject has problems understanding what he reads or performing the action of reading . The letters are mixed up and substitutions, omissions and translations are made, reading is slowed down and there are usually difficulties in understanding what is read.

Dyslexia can be superficial (in which there are problems in reading words globally), phonological (in which the person has difficulty reading by associating the pagoda with its phonemic equivalent, so that it is only read from the form of the word) or profound (a mixture of the two previous ones, which appears together with semantic problems).

Alexia is the total disability of this ability due to a brain injury.

This problem is characterized by a great ability to read quickly, but usually with little comprehension and retention of the material read.

Disappointment is understood as the difficulty in producing written language, with problems in coding and generating letters, words or phrases. There are problems in the ability to organize the writing space, copying difficulties, motor problems in using a pencil and other similar skills , problems in translating thoughts and messages into written language , spelling in writing, using different typographies and spelling, among others. It would be the equivalent of dyslexia but at the level of production.

As for agraphia, it refers to the inability to perform these skills as a result of brain injury in adults.

A problem in which the main deficit is in correctly writing the content of the message we want to produce. Sometimes also called dyslexic dysgraphia , errors occur in writing that affect the correct spelling of the message according to the rules of spelling.

Use of a language invented by the subject, being incomprehensible to the listeners , in which new terms are generated at the same time that there is agramaticism.

Speech disorder in which the subject speaks excessively fast, to the point that there is a leakage of words and continuous errors arising from the high speed of speech.

Although they are not generally considered to be language disorders, the truth is that at the level of non-verbal language, mimicry can be a fundamental element of communication . Dysmimicry involves the lack of cohesion between what is expressed and what is thought or felt. Hypomimicry is the presence of a reduced amount of movement and the amimicry of the absence of expression through movement. On the contrary, hypermimicry is the exaggerated expression of movements.