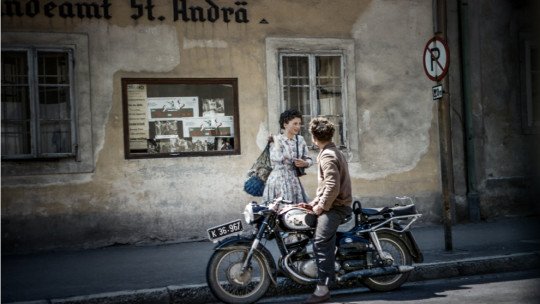 The vast majority of conflicts between people (or companies) are found in communication . Although we all communicate with other people or groups, we don’t always communicate in the right way.

Whether with your partner, friends or employees of our company, communication errors can arise at any time, so it is important to detect them.

Communication problems occur in all interpersonal relationships, and if not properly resolved, can lead to endless battles and bad relationships, for example, with partners or co-workers. Communication involves at least two people, and although this may seem basic, we don’t always take it into account.

The importance of communication is such that even psychologists teach their patients social and relational skills, since the origin of conflicts often lies in these competencies. Likewise, a company may see its results reduced by poor relationships between colleagues or by not being able to make its workers aware of their needs.

The most frequent communication errors

Some problems that can occur in different areas of daily life (in the relationship between couples, between friends, at work, etc.) are the following.

It often happens that we think we are listening to a person and what we are actually doing is hearing . Hearing and listening are not the same thing. In order to be able to listen we have to make use of active listening, which not only pays attention to the words a person says, but also to his/her body language and to non-verbal and emotional communication in general.

2. Saying what one thinks without considering others

On the other hand, there are many situations in which individuals already know what they are going to say even before the other partner has finished speaking, either because of prejudices or because they are both in conflict, on the defensive and want to be right at all costs. In this way, it is impossible for good communication to flow and for constructive debate to appear.

Whether in written or spoken language, it is not the same to speak or to say: the important thing is not to speak or to write a lot but to do it with brevity and precision . It is not about using many words but about using the right intensity and depth, about communicating something interesting.

The lack of confidence can make us not express properly what we want to say and, in many cases, can lead to the lack of assertiveness , to not being able to express one’s opinions correctly, to not putting limits on relationships and, therefore, on the good functioning of communication.

Just like lack of trust, lack of credibility is also important when communicating with other people, whether it is with our partner, in a company or when making a speech in public.

Credibility makes the other partner feel comfortable and consequently increases trust between the two.

Empathy is a basic social skill that is necessary to be able to live with others. It is intimately related to the fact of not expressing only what one thinks, since it allows to understand the other interlocutor and his point of view. It is key to being able to send a clear and precise message.

Emotional validation is a concept that is increasingly used, and is possessed by those with high emotional intelligence. It consists of accepting and giving feedback to others not only with words, but also with non-verbal language.

It favours good communication, as the other individual understands that he or she is being understood, recognized and understood, and consequently increases the verbalization of the latter.

We often pay too much attention to words and forget about non-verbal language. According to the results of a research carried out by Albert Mehrabian, the verbal component is 35% and more than 65% is non-verbal communication . This includes body posture, eye contact or gestures.

This should happen naturally, but in some cases, for example when we are not relaxed, our non-verbal language does not allow us to convey what we are trying to say.

The tone of voice, i.e. not speaking too loudly or too softly, slurring the words, or using too many filler terms such as “ah”, “eh” or “um” can cause the message with the caller to lose force. Vocalizing correctly, a good capacity of improvisation and, in short, saying correctly what we want the other person to hear improves communication.

10. Problems with reading and writing

Good reading and writing skills are extremely important in some contexts , for example, in the digital world: when writing a blog and getting a company’s message across to a potential client or when sending an email to a recruiter to seduce him and make him see that we are the best candidates.

Not reading well or writing well clearly affects the understanding and expression of the message in these contexts.

People open up more to others when they respect us , so respect is a basic communication skill that we must take into account when communicating effectively. It is just as important as showing credibility. In a couple’s relationship, for example, a sign of affection or a nice gesture shows that we respect our loved one and, consequently, improves closeness, trust and communication with that person.

Persuasion allows ideas, beliefs, behaviors and attitudes to be transformed, thus satisfying the needs of both partners. It is key in the business environment, but also in everyday life.

To speak in public it is also necessary to master a series of communication skills that allow to captivate the audience and keep them entertained and attentive.

Rapport is a phenomenon in which two people feel in tune both mentally and emotionally. It is key to bringing the person closer and connecting with the message, especially when the two people do not know each other, as is often the case in a public talk or exhibition. When this connection does not exist, there will not be good communication either.

2. Lack of a sense of humor

In a context such as public speaking, one of the best ways to connect with the audience is to make use of a sense of humor . Thanks to the sense of humour, the listener’s capacity to pay attention and retain information increases.

When the talk or presentation is too serious, it is usually boring and does not help the communication flow.

3. Rigidity in the use of body language

When a person feels nervous, which is something that can happen when someone is facing an audience, they often express that nervousness through body language. The lack or excess of gesticulation, bad posture, and poor eye contact are some examples .

This can happen especially in oral presentations, when the person making the presentation is not precise and concise and does not connect emotionally with the audience since the information is too intellectual.

Too much information is boring , and it is a very frequent mistake when the needs and interest of the audience are not taken into account.

6. Inappropriate use of silence

Silence can be a great tool when speaking in public, it is an element of communication in itself, whose value can be equated to that of the word; however, when the person uses it badly, it can become boring and ruin the flow of a talk, conference or oral presentation .