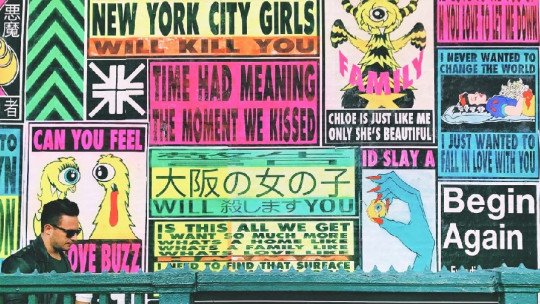 We understand advertising as the set of strategies carried out by a subject or entity in order to make certain people act or think in a certain way. Generally what is intended by this means is the purchase or acquisition of a good or service , although it is also used to propagate ideologies and ways of thinking with respect to various themes.

These strategies can be carried out in multiple ways and with different objectives. In other words, we can find different types of advertising to categorize according to different criteria. In this article we are going to indicate some of the best known.

1. Types of advertising according to objective

We can find different types of advertising depending on the objective of the person who is carrying it out, that is to say, the goal pursued by the advertisement in question. In this sense we find different typologies.

A type of advertising in which the viewer is asked to act by acquiring a product or good either immediately or deferred. The former would be stimulated by using persuasive elements such as limited availability or temporary reduction in price. This is one of the most common.

Sub-type of commercial advertising. This is the type of advertising that tries to promote and generate demand for a new good or service that does not yet exist at the social level that it is necessary. It seeks to create awareness that we need this new type of product , often through the vindication of values.

It refers to the type of advertising that is usually carried out with products that society already considers necessary and in which there is competition. It aims to show the advantages of the advertised product, by trying to highlight it with respect to the competition and often by direct comparison. It is one of the types of commercial advertising referring to products.

It is considered as such the type of advertising aimed at reinforcing the fact of having acquired a product or, remembering the characteristics of what is offered and strengthening the sensation of satisfaction of the client with his choice . It can facilitate the attachment to the brand.

This type of advertising does not have the direct objective of selling us a product, but of generating expectations that make the organization or business well seen and desirable so that potential customers come in the future. It creates brand image. More than a good or service, the advertiser is advertising itself.

This is the type of advertising that does not intend to advertise a product or favour brand affiliation but to generate an attitudinal change or to make society aware of some issue . For example, the broadcasting of advertisements referring to the prevention and reporting of partner violence or school bullying, or advertising that tries to make people aware of the risks of drug consumption.

2. Who is it aimed at? Types according to target

If we classify the types of advertising according to the type of public or target to which it is directed, we can find different classifications.

Business to Business (B2B refers to “Business to Business”) This refers to the type of advertising that a business or company carries out in order to attract attention and address another or others. This is, for example, the type of advertising that can be carried out by production chains, manufacturers or advertisements aimed at professionals such as doctors or psychologists.

This type of advertising refers to that which a company or business directs towards consumers (business to consumer). It is usually the most well-known type, and the one we see most often on television trying to sell a product that is appealing to the end user.

By looking at where the advertising element is broadcast or how far it goes, you can also set up other categories.

International advertising is that which is directed from a company to the market and population located outside the national territory.

This is the type of advertising that is directed to the whole nation , without establishing geographical limitations within the State.

This is a type of advertising that is broadcast in a region, province or autonomous community, affecting a relatively large number of people but without affecting the entire national territory.

This type of advertising is limited to a specific area, having little scope but wide possibilities of being viewed by the target audience .

3.5. Advertising at the point of sale

This is the type of advertising that takes place in the same location or establishment where the good or service is offered.

4. Classification according to communication path

One of the easiest classifications to imagine and interpret is that which takes into account the media in which the advertising element in question appears. In this sense we can find the following types of advertising.

Although it is usually not considered as a type of advertising, word of mouth from acquaintances and close friends is in fact what most easily predisposes a customer to accept or reject a product . This is why we include it in this article.

Brochures and advertising included in various publications such as newspapers or magazines are part of the printed advertising, one of the best known along with television. Advertising that arrives in our mail is also considered as such, often through practices such as mailing .

Advertising can easily be found in any area of life, without having to have any kind of . This is the kind of advertising we see on billboards, which can be placed at different points on buses.

This is one of the most recognized types of advertising as such, usually in the form of television commercials. It can also appear integrated within other formats , as is the case with some television series.

Advertising can also reach us through the radio waves, transmitting advertising messages by this means as happens with television.

As with the sending of advertising by mail (whether traditional or electronic), it involves the use of data from the specific target to offer a good or service, specifically your phone number. In this case it also has the particularity that a real and active interaction is established between the receiver of the advertising and the person in charge of transmitting it .

5. Depending on how the message is transmitted

Not only where, but also how the message is transmitted allows the generation of advertising typologies. Some of the ones that stand out are the following.

5.1. Above The Line (ATL) advertising

ATL advertising is that which uses mass media such as television, radio or social networks to reach its target. It is the mechanism used to distribute information to society as a whole and the one that has been most traditionally identified as advertising.

5.2. Below The Line (BTL) advertising

It refers to the type of advertising that uses non-mass media to propagate itself and that seeks to create new communication mechanisms to access the target population. An example is the creation of social events , spaces and activities aimed at this population, or the creation of merchandising.

Type of advertising that is transmitted with the aim of being shared by different media, so that the targets themselves facilitate the propagation of the advertisement without costs . They usually include some kind of element that makes people find them funny, emotional or deeply thoughtful. They are often broadcast on social networks.

It refers to the type of advertising in which an active interaction between the receiver and the advertising element is established, as is the case with many advertisements visible on tactile elements or online. Telephone advertising could also be considered as such.

This is the type of advertising in which the message is so fast or is produced in such a hidden way that it is not perceptible at a conscious level. However, it only exists theoretically, as it is based on a myth.

Advertising that manipulates the recipient by providing totally or partially false information or that varies over time without indicating it, omitting the disclosure of fundamental characteristics or being carried out in a disguised manner.

Competition between companies and various businesses may lead to the latter deciding to discredit such competition , using advertising elements for that purpose.

This type of publicity is what generates the imposition to do or not to do something against personal freedom. It often involves coercion or harassment.