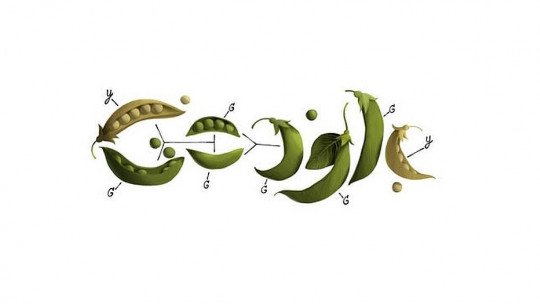 It has long been known that inside the cells is the DNA, which contains all the information for the proper development and functioning of an organism. In addition, it is an inheritable material, which means that it is transferred from fathers and mothers to sons and daughters. This that can now be explained, some time ago had no answer.

Throughout history, different theories have appeared, some more accurate than others, trying to find logical answers to natural events. In this case, why does the son have part of the mother’s traits but also part of the father’s? Or, why does a child have some features of his grandparents? The mystery of inheritance has had its importance for farmers and ranchers seeking more productive offspring of animals and plants.

The surprising thing is that these doubts were resolved by a priest, Gregor Mendel, who stipulated Mendel’s laws and is now recognized as the father of genetics. In this article we will see what this theory is about, which together with the contributions of Charles Darwin laid the foundations of biology as we know it.

Discovering the basics of genetics

This Austro-Hungarian priest during his life in the convent of Brno, became interested in peas after seeing a possible pattern in his offspring. This is how he started to carry out various experiments , which consisted in crossing different types of peas and observing the result in his offspring.

In 1865 he presented his work to the Natural History Society in Brno, but they quickly rejected his proposal, so his conclusions were not published. It took thirty years for these experiments to be recognized and for what are now called Mendel’s laws to be established.

The father of genetics, thanks to his work, concluded that there are three laws to explain how genetic inheritance works . In some bibliographies there are two, since the first two unite them in a third one. However, please note that many of the terms I will use here were unknown to Mendel, such as genes, variants of the same gene (allele) or gene dominance.

In an attempt to make the explanation more enjoyable, the genes and their alleles will be represented with letters (A/a). And remember, the descendant receives one allele from each parent.

To explain this first law, Mendel made crosses between yellow (AA) peas with another scarcer green (aa) species. The result was that yellow (Aa) dominates in the offspring, with no green peas present.

The explanation of what happened in this first law of Mendel, according to this researcher, is that the yellow allele dominates the green allele , it only needs that in a life form one of the two alleles is yellow to express itself. It should be added that it is fundamental that the parents must be pure breeds, i.e. that their genetics are homogeneous (AA or aa) for this to be true. As a consequence, their offspring become 100% heterozygous (Aa).

Mendel continued to cross pea species, this time those resulting from his previous experiment, i.e. yellow heterozygous peas (Aa). The result surprised him, as 25% of the offspring were green, even though their parents were yellow.

In this second law of Mendel what is explained is that if the parents are heterozygous for a gene (Aa), its distribution in the descendants will be 50% homozygous (AA and aa) and the other half heterozygous (Aa). This principle explains how a child can have green eyes like its grandmother, if its parents have brown eyes.

3. Principle of segregation independent of character

This last Mendel’s law is somewhat more complex. To arrive at this conclusion, Mendel crossed smooth yellow pea species (AA BB) with other rough green peas (aa bb). As the above principles are met, the resulting offspring are heterozygous (Aa Bb), which he intercrossed.

This third law of Mendel is intended to demonstrate that features are distributed independently and do not interfere with each other.