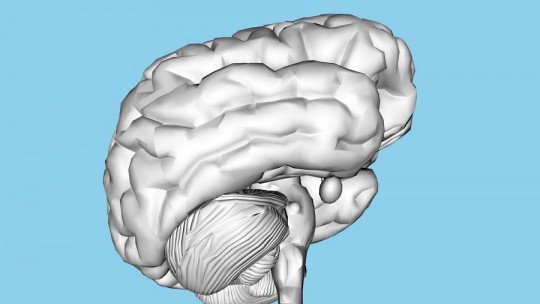 Anxiety has become a real epidemic in the 21st century. Many people suffer from this problem on a daily basis and, in many cases, at a pathological level.

We know how to define it, we’ve felt it, some of us are suffering from it right now, but… Do we know where it comes from? Are we equally vulnerable to feeling it?

Of course, anxiety has a psychological part, which can be a great hindrance to everyday life, but it also has a biological part that cannot be ignored. Here we will see biological theories of anxiety and what are its mechanisms involved .

Since experiencing anxiety is a virtually universal phenomenon, its definition is not difficult to understand. Anxiety is understood as the emotional response caused by being exposed to a problem or situation that may involve risk , whether on an emotional, physical or psychological level. Thus, the situations that generate it can be very varied and, depending on how the person lives them, he or she will manifest a greater or lesser degree of anxiety.

But it’s not just individual differences that are responsible for people manifesting varying degrees of anxiety. The consumption of certain substances also mediates this response, which demonstrates its biological basis.

Certain medications such as decongestants and psychoactive substances such as caffeine have been shown to increase this emotion . Also medical illnesses, such as acute myocardial infarction, make the patient more vulnerable to suffering an episode of anxiety.

As we were saying, there is a different predisposition to suffer from anxiety and, consequently, to suffer from disorders associated with it. The research has tried to see to what extent biological factors can be involved in a person manifesting an overly exaggerated behaviour in the face of a stimulus that is perhaps not as dangerous as it is perceived to be.

To understand anxiety a little better and relate it to the biological theories that try to explain it, it is necessary to review what are the three aspects involved in experiencing this type of emotion.

Anxiety arises in the face of threatening anticipations or overly exaggerated assessments of the potential risk of a certain stimulus.

Automated thoughts that are negative may also be involved, which are triggered when the apparently threatening situation arises.

The autonomic nervous system is activated, involving changes in circulation and breathing, which contributes to the perception of risk as being even more dangerous .

The person may engage in various types of behavior when exposed to the threatening stimulus. Mainly, when faced with a dangerous element, one of the following two behaviours are carried out: either fight or flight .

However, other behaviors are possible, such as submission to the individual who poses a threat or trying to defuse the environment. These behaviors are neither considered fighting nor running away, and are common in social animals.

These three aspects involved in the experience and anxiety-related response can involve very different levels of intensity. However, when the intensity is very high and, in addition, there is no correlation between the anxiety-genic stimulus and the anxious response , we speak of an anxiety disorder. In these cases the degree of suffering is very high, in addition to being very disabling for the person and damaging on a physical, mental and emotional level.

How is the anxious response mediated?

The mechanisms at the neurological level that produce and mediate the anxious response have been studied. The central nervous system, characterized by being a complex, dynamic and open system, is the structure involved in this process .

Before going into detail regarding how the anxiety response is given at the organic level, it is necessary to mention which are the structures that make up the central nervous system: spinal cord, spinal bulb, protuberance, midbrain, diencephalon, cerebellum and the two cerebral hemispheres.

One of the structures involved in this process, whose importance is key in the manifestation of anxiety, is the thalamus. The thalamus is located in the diencephalon and has two main functions: it is a kind of relay station for information before it reaches the brain and, in addition, it works as a filter for it. This avoids sending too much information to the brain, which could be a real overload.

From the thalamus, two pathways emerge, which are responsible for responding to the stimuli: the direct thalamic pathway and the indirect thalamic pathway. If the thalamus presents some kind of dysfunction, such as not being able to prevent certain information from passing to the encephalic level, psychopathology may occur. This has been seen in disorders such as schizophrenia and also in anxiety disorders.

The anxious response involves up to three types of expression. On the one hand, we have the motor, that is, the observable behavior that the individual can carry out when faced with the potentially harmful element, such as running away from it or facing it. Then we have the autonomic expression, such as increased heartbeat and increased respiration, and finally the changes at the endocrine level, such as the secretion of certain hormones.

All the explanations that follow are biological theories of anxiety , which although they do not have a specific name, have tried to demonstrate how the body responds, at a neurological level, to a particular anxiety-inducing stimulus, as well as trying to explain the process. Let’s look at them in more detail.

The direct thalamic pathway is, as its name suggests, the shortest and fastest. The thalamus passes the information to the amygdalin nuclear complex, in which the motor response will be orchestrated. The response in the direct thalamic pathway involves the following path: signal (afference) – thalamus – amygdalin nuclear complex – response (efference). It implies action without thought.

For example, this circuit is the one that would be used in case we put our hand on the lid of a pot that is burned and quickly remove our arm, without thinking. The nuclear amygdalin complex is a subcortical structure, belonging to the limbic system. The amygdala has the role of coordinating the responses linked to the expression of anxiety .

As we have already said, in most cases, the motor behavior of the individual when faced with an anxious stimulus can be either running away or fighting, with some exceptions.

The indirect thalamic pathway is longer, involving the following structures: afference – thalamus – prefrontal cortex – amygdalin nuclear complex – efference (motor response). This cortical response is more elaborate, more integrated and sophisticated . The difference between the direct and indirect thalamic pathway is that the former is about 300 milliseconds faster than the latter.

When both paths are not well coordinated is when the inappropriate and inefficient responses appear, such as being totally paralyzed in the face of a dangerous stimulus. The functioning of the amygdala is controlled by the prefrontal cortex. Its most dorsal part is in charge of the executive functions, while the ventral part is what inhibits the functioning of the amygdala when necessary.

The autonomic expression of anxiety depends on the nuclei of the brain stem . It is in this structure where the signals of those stimuli that imply some damage, such as being pricked by a needle or feeling a burn, arrive directly. They receive information from the amygdala, which, as we have already said, coordinates anxious responses.

When the sympathetic nervous system is activated, changes occur at the organic level, preparing the body for the dangerous situation. The organism is in a state of alert, watching how the situation will evolve and preparing for the worst. Among these changes are increased heart rate or tachycardia, as well as an accelerated breathing rhythm. Blood pressure goes up and pupils go up.

In contrast, the activation of the parasympathetic system implies responses that would not be adaptive in the face of a threatening situation , such as bradycardia, a decrease in heart rate, reaching cases in which the person suffers syncope or faints.

Among all the glands that the hormone ACTH will bathe, the adrenal cortex, which produces corticosteroids , stands out. Corticosteroids vary depending on the time of day. The maximum amount of this substance is normally released in the morning and is related to the stress hormone cortisol.

When a stressful stimulus occurs, the hypothalamus-hypophysial-adrenal axis is activated and the amount of cortisol in the blood increases. Cortisol involves changes at the organic level, such as increased performance, increased energy, increased pain threshold, decreased inflammatory response and promotes calorie reserve.

It also causes an increase in the intake of carbohydrates, especially sugars . It is for this reason that in situations of stress people tend to binge on sweet foods, such as ice cream, candy or chocolate.

When plasma cortisol concentrations are high, the number of receptors for cortisol in the hippocampus becomes low. This causes a cognitive process such as episodic or biographical memory to be affected.

As soon as the anxiolytic stimulus disappears, the cortisol is diminished , the number of receptors in the hippocampus is recovered and episodic memory returns to a normal state. However, in situations where the stress is too prolonged, there is a suppression of cortisol production, which has been seen in depression.

Cortisol in large quantities and in the long term, produces a harmful effect on the neurons of the hippocampus . It causes the number of dendrites to decrease, in addition to making them smaller.

But not only cortisol is a substance involved in the anxiolytic response. In states of anxiety there is also an increase in the secretion of thyroxine, catecholamines, prolactin, vasopressin and growth hormone.

What do the experts say?

Having seen the biological basis of anxiety, it is time to mention the main explanations that several scientists have tried to give to the phenomenon.

Michael S. Eison believes that a disruption of the dynamic interactions between catecholaminergic and serotoninergic neurotransmitters occurs in both anxiety and depression. In fact, he maintains that a manipulation of the serotoninergic system affects the noradrenergic tone. When there is an alteration in the balance of the serotonergic neurotransmission, it contributes to the appearance of psychopathology , with anxiety when there is too much and depression when there is an absence .

Jeffrey Allan Gray maintains that anxiety is generated from the stimulation of the behavioral inhibition system, which is located in the structures of the limbic system and connects with the brain stem and subcortical regions. This system can be stimulated by indicators of punishment or signs of non-reward, and innate fear stimuli.

Joseph Ledoux attaches importance to the direct thalamic pathway , which connects directly to the amygdala. This pathway is very much involved in emotional reactions. According to Ledoux, emotional responses start in this structure, even before being aware of the stimulus that causes one to react anxiously or even without identifying it.