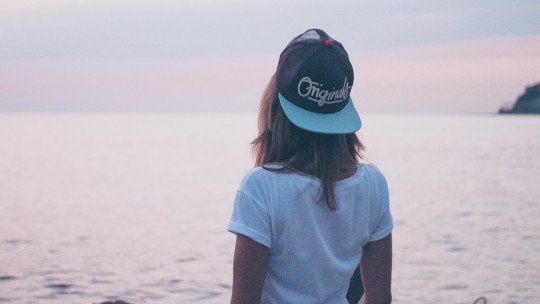 It is a complex psychological state, in which the person who suffers it feels unable to break the ties that bind him/her to that unstable, destructive, unbalanced relationship and where the other person is idealized, affecting very negatively his/her self-esteem, physical and also mental health.

Emotional dependence: same as an addiction

As with addictions, emotional dependence also produces withdrawal symptoms, and these are mainly motivated by fear of loneliness or panic about the relationship breaking down. In addition, emotional dependence also influences the development of obsessive thoughts and states of anxiety or depression, which occasionally disappear if the relationship or contact is resumed.

Generally, there are certain characteristics that can be associated with people who are emotionally dependent on others such as:lack of self-esteem, negative moods, fear of being alone, philophobia, putting the relationship before anything else, need for constant attention from the other person, facility to isolate themselves from everything around them in favour of the relationship, need to always please the other person, self-cancellation, feeling inferior to the other person and even a lack of communication skills, since their conversations always revolve around the person on whom they are emotionally dependent .

Fear of rejection may be the cause

In addition, emotional dependence also has a social stigma as there are many labels imposed in this area that can affect the behaviour of people who, far from feeling free, need to please others with their actions.

Otherwise, and often wrongly, we accept inwardly labels – such as selfishness – that are determined by another person’s thoughts, feelings or expressions and that we should not really always take into account.

Types of emotional dependence and their environments

The fear of rejection, of not being loved, valued and even admired by others, also reinforces this “social need” to be emotionally dependent and this feeling, in most cases, is extrapolated to other important aspects of life such as the couple, family or friends.

The emotional dependence of the couple, is the most frequent form in our society and is also the most recognized . As we mentioned at the beginning of the article, the symptoms are quite similar to those that an addicted person may suffer, in many cases leading to abstinence syndrome.

People who are emotionally dependent on their partner have a totally wrong concept of what a relationship should mean because they forget their own identity, are often jealous, have an extreme desire to be with that person all the time, cannot and do not want to do other activities that do not involve their partner and make them the obsessive centre of their well-being, as well as trying to obsessively control every act or thought of the other.

On the other hand, we will talk about emotional dependence on the family when a person shows an excessive and obsessive attachment to certain members of his family .

For example: the need to talk to that person every day, to know about him/her and control his/her day-to-day life, to need his/her criteria to feel emotionally secure, to not be able to make decisions without that person’s approval, to give up other projects due to the fact of having to separate and the lack of time for oneself, are all aspects that characterize a person who is emotionally dependent on one or several members of his/her family nucleus.

3. In the social environment

Emotional dependence on the social environment is manifested in people who need to be recognized by others in order to feel at their level , to be accepted in their work environment, to submit to the approval of their closest circle of friends and to dedicate time to worrying excessively about the needs or problems of others, forgetting about themselves.

It is also important in this regard to mention relationships of emotional co-dependence. This type of emotional dependence involves the link between two or more people, implies a dependence that occurs simultaneously between them and there are different areas in which it can develop, such as those discussed above -partner, family or society- and others such as work or education.