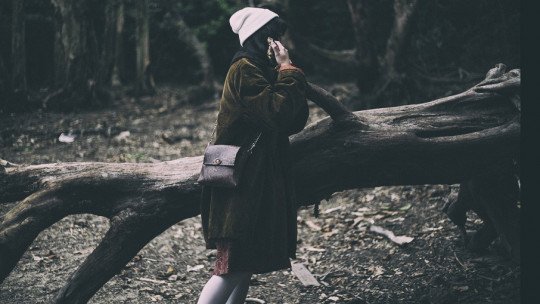 Even today, it is relatively frequent that we hear in the news about cases of mistreatment and gender or partner violence, child abuse or different types of aggression to some kind of individual.

Terms such as abuse often appear and are usually used synonymously . However, these two concepts, although they are indeed related, do not imply exactly the same thing.

In this article we try to establish some of the main differences between abuse and maltreatment.

To understand the possible differences between the terms mistreatment and abuse, it is first necessary to understand what they mean or how they are defined.

We understand abuse to be any act carried out by one person towards another in which violence is used or which aims to cause harm to the abused subject. The objective of causing harm can be highly variable. It can be physical, psychological, sexual, patrimonial…

And it is not only the performance of acts that is considered abuse, but also their omission as long as it causes damage to the abused person. In some cases the abuse may not be voluntary (for example, someone’s needs may be ignored, causing harm without necessarily intending to cause it). Although they can mediate power relations, it does not have to imply a situation of inequality between both parties that one of them takes advantage of, in which case we would be talking about an abuse.

As regards abuse, when we use this word we are referring to the existence of an over-limitation with respect to something or someone, taking advantage of the subject that carries it out of a specific element, attribute or situation that he possesses or has been given to carry out an act or achieve something that does not correspond to him.

It implies the existence of an unequal relationship. In the interpersonal field, an abuse towards a person supposes the use or the cause of damages to this person by some means, generally using some type of physical, psychic, sexual, socio-economic or vicarious violence.

Main differences between abuse and mistreatment

Although often used synonymously, the concepts of abuse have a number of differences that make them slightly different concepts. Here are some of the main differences between the two.

The term abuse includes, as we have seen, any harmful act voluntarily caused to a person , being or property of a subject. This would also include abuse as a type of maltreatment in which there is inequality between the abuser and the maltreated.

One of the main differences between mistreatment and abuse is that while both terms refer to the presence of some kind of violence or harm caused to someone or something, the concept of abuse includes the notion that there is an element that causes an unequal relationship between the two subjects.

The element in question can be very variable, from aspects such as physical strength, age and experience, social class or position, position in the power hierarchy or simply the ability to manipulate or coerce, to the existence of an emotional link between the two. The abusive party takes advantage of this inequality to harm the abused party .

Usually in both mistreatment and abuse situations we can find that the abuser intends to harm the injured party. However, there are some types of abuse in which this is not necessary, such as through ignorance of the needs of the affected party (as is the case with some animal abuse) or through neglect.

While it is sometimes possible that someone is abusing without knowing it (for example, that because of his power another person is doing something for him even though it was not the subject’s intention to take advantage of his position), it is much more common for the abuse to be completely conscious and voluntary .

4. Common use of the term

It is common that when we talk about abuse the first thing we think about is the existence of sexual violence . This is because in order to perpetrate this type of abuse the person who is abusing uses to his benefit and at the expense of the other person his greater physical strength, age, power, the existence of an affective bond, of emotions such as fear or dread or simply surprise to manage to dominate the affected party and manage to commit the act. Examples of this can be found in cases of rape, sexual harassment or child sexual abuse. It is also often used to talk about abuse of authority.

On the other hand, when speaking of abuse or ill-treatment, reference is usually made to the existence of physical and psychological violence, in which blows, insults and humiliation appear.

In spite of this, it must be taken into account that at this point we are talking about the usual use of the terms, although abuse is still a type of mistreatment.