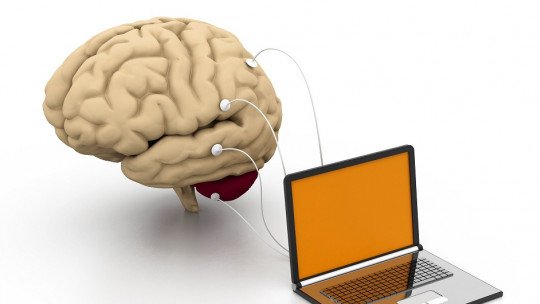 Definition of both concepts

There are slight differences between neurofeedback and the other types of biofeedback, but before being able to determine what they are in the first place it is necessary to make a brief description of each of these concepts.

Biofeedback is the set of techniques used at a therapeutic level that base their functioning on the awareness of the biological and physiological processes that our body carries out in different problem situations. This awareness is carried out with the help of different procedures or technologies, and it is intended that after this the subject can not only recognize but also come to control voluntarily biological processes generally not conscious.

The main objectives of this technique are to acquire control over the physiological system, to learn how to maintain self-control of the system in the absence of biofeedback and to generalize such self-control.

The type of responses or biological elements that can be attempted to regulate through this technique is very varied, and can belong to practically any body system. Temperature, electrodermal activity, muscle control, heart rate or blood volume in a given area are examples. The instruments used for its measurement are also very variable . Based on the elements measured, we can find different types of biofeedback, with electromyography being one of the best known (based on muscle activity).

It has been used with proven effectiveness in different disorders and diseases, such as neurological, cardiac, muscular, intestinal, respiratory problems, chronic pain, allergies or psychological problems such as stress or anxiety.

As far as neurofeedback is concerned, we are dealing with a specialization of the previous technique which is based on the control of the electrophysiological activity of the brain itself. In other words, in this type of biofeedback, the recording of the brain’s electrical activity is used to train the subject in its control through visualization.

The recorded brain waves will be converted into a signal that will be used to teach control of brain activity patterns. It is possible that the patient will be shown directly his encephalogram or that this signal will be previously analyzed and processed in such a way that it is transformed into different visual stimuli (for example, numbers) or into topographic maps of the brain that allow visualizing in 3D the areas of the brain and its activity.

This type of biofeedback is very useful for training in various skills and for patients to observe their brain activity in disorders or problems such as insomnia, epilepsy, ADHD, Obsessive-Compulsive Disorder, post-traumatic stress disorder, memory problems, lack of impulse control, learning problems, aphasias and other language problems or levels of anxiety or stress. Also in paralysis and paresthesias, eating disorders or urinary incontinence.

Main differences between biofeedback and neurofeedback

As we have seen through their definition, biofeedback and neurofeedback are two techniques that have a lot of similarities, being in fact neurofeedback a type of biofeedback. However, present a series of differential characteristics that could lead to separate both types of technique. Among them, the following stand out.

One of the clearest differences that is visible from the beginning of the article is the level of specificity of both techniques. Neurofeedback, also known as electroencephalographic biofeedback, is a specific type of biofeedback aimed at learning to control patterns of brain activity. The term biofeedback would include this and other types of biofeedback, and it is necessary to specify the type of biological information to be worked on .

2. Processes being worked on

Although the aim of both biofeedback and neurofeedback is to help patients learn to control processes that are in principle unconscious in such a way that these processes do not escape their control and cause them harm, the areas of application are somewhat different from each other.

Generally, at the biofeedback level, work is usually done at the level of controlling the chosen activity, i.e. learning to control respiratory or cardiac activity for example, or the flow of blood to certain parts of the body. This can also be used on a psychological level to reduce levels of anxiety or stress , but mainly applies to body aspects.

However, neurofeedback tries to give some control over the level of brain activation. Although this includes a certain corporeality, the aspects that are going to be especially emphasized are mainly mental, having to control the mental activation in order to introduce changes in the brain pattern.

Another possible difference between neurofeedback and other types of biofeedback is the level of complexity involved in measuring and using the technique. Although muscle or even respiratory control is not an uncommon concept and it is easy to visualize how to perform it (although it may be more complex than it seems), the same is not true when it comes to patterns of brain activity. We are not used to trying to exert some control over this organ, and it may be somewhat abstract to understand that certain ways of acting correspond to the stimulus presented to us.

The complexity mentioned above can be not only practical but also methodological . The fact is that correctly recording encephalographic activity and also pointing out the areas responsible for it presents more difficulties than the recording of other types of activities, despite the fact that nowadays there is more and more knowledge of cartography and knowledge of brain functioning.

It should also be noted that the activity required to activate certain brain reactions in each brain can vary greatly depending on the nerve configuration or even the personality of the patient.