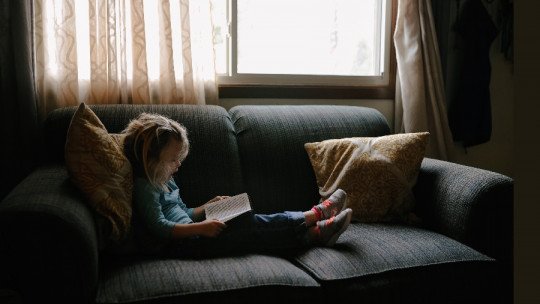 We can affirm that language is one of the most important elements for the human species, since it differentiates us from the rest of the animals and gives us the capacity for reasoning, reflection, abstraction… in short, it gives us the power to communicate in a systematized and clear way with our peers.

Another great advantage that we humans have is the possibility of transmitting that language in writing, so that it lasts over time and allows future generations to learn about our mistakes and successes. But no one said this would be easy: there are certain learning and speech disorders that can compromise a child’s normal development in linguistic terms.

In this article we are going to talk about the most common learning disorder in children – dyslexia – and one of the best known speech disorders, dyslalia . The manifestations of dyslexia and dyslalia in children can lead to several confusions, which we will try to clear up with this article.

Main differences between dyslexia and dyslalia

The main differences between these two disorders, dyslexia and dyslalia, lie in their definition, their causes, the most frequent mistakes made by people who suffer from them, and their treatment.

Dyslexia, with a prevalence in the school population of 3-10%, is a learning disorder with reading difficulties that is neurological in origin and is considered chronic (i.e. adults also suffer from dyslexia).

The reading skills of the person with dyslexia are far below what is expected for their level of intelligence and maturity , and can present many difficulties in recognising words at the written level. These difficulties may lead them to avoid activities as enjoyable as reading, or to avoid other activities such as studying, which is related to the academic difficulties they often present.

Let’s imagine for a moment the objective difficulties that a person with dyslexia who is studying for an exam or a competitive examination has to go through. It is frustrating, isn’t it, so it is common for people with dyslexia who don’t know they have it to feel hopeless, sad, with feelings of worthlessness, thinking they are not good at what they are doing, and so on.

Unlike dyslexia, dyslalia is a phonological speech disorder and is not usually chronic. It is considered the most common speech disorder in children under the age of 5. It is an impairment in the correct articulation of phonemes, which consists of the child’s inability to correctly pronounce the sounds of words (or certain word groups) that would be expected for his or her maturity and intellectual level.

2. Differences in the most typical errors of dyslexia and dyslalia

The most frequent errors that a person with dyslexia presents during reading are: omitting letters and sounds , moving the position of the letters within a word, hesitating during reading or repeating what is being read… In addition, as they have a slower pace in the reading activity, they have difficulties in understanding what they have read.

Typical mistakes for a child with dyslalia are: omitting sounds, substituting one for another incorrectly (e.g., saying that or gesa, instead of table). In the most severe cases it may be impossible to understand the child.

3. Differences in their causes

These two disorders also differ qualitatively in the way they are treated . In dyslalia it is best to prevent and intervene early through speech therapy and support exercises in the child’s home. In these cases the child’s phonetics can be improved with appropriate therapy, although it is true that this will depend on the causes of the dyslalia. Usually the speech therapist will focus on exercises with the child in order to improve the muscles involved in the production of phonemes.

On the other hand, the treatment of dyslexia is usually psycho-pedagogical and speech therapy. Apart from using techniques to improve phonological awareness, the emotional state of the child or adolescent should be taken into account, so that this disorder does not prevent them from developing a healthy self-esteem.