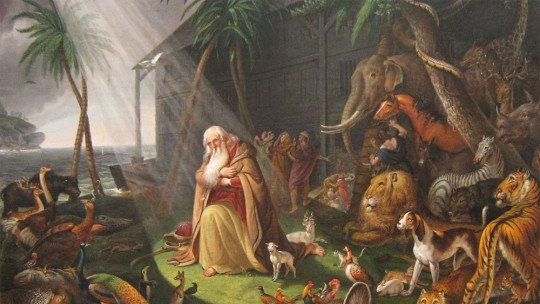 There is nothing wrong with loving animals, but sometimes the obsession with pets can reach pathological extremes .

The problems of hygiene, space and coexistence that this phenomenon can generate have a negative impact on the animals, the person who “adopts” them and their immediate social environment. That is why it is worth paying attention to the warning signs that reveal the presence of this mental disorder.

How are people obsessed with pets?

Next we will review the traits that characterize those who are too obsessed with animals as pets.

1. They keep animals in their house

Noah’s syndrome is a variant of Diogenes syndrome, which is characterized by the person who suffers from it accumulating a large number of animals in his home . Some of the causes of this disorder are situations of psychosocial stress and loneliness.

However, many of the subjects with Noah’s syndrome also have a previous mental or medical disorder, and it is very common for it to appear together with dementia, major depression, psychotic features and even due to drug addiction.

2. They have hygiene problems

People who are obsessed with pets to a pathological extent often engage in abandonment of self-care and of the home, they also often accumulate useless objects and display isolating behaviour. The disorder often develops in older persons.

3. Not caring enough for the animals

Not only do these individuals collect many animals (usually dogs or cats), but they do not give them the basic care they need and are unable to recognise what this may mean for both their own and the animals’ health and well-being. It is not that they are cruel, it is simply that they are not aware of their own behaviour , as they present a phenomenon known as anosognosia.

4. They are not animal lovers

It is important to distinguish between these people and animal lovers, who may have several pets in their home. When we talk about Noah’s syndrome, we are talking about a disorder, and therefore the person has serious associated problems : dementia, adaptation problems, depression…

The animals that can accumulate in your home are: dogs, cats, chickens, exotic birds… It is also possible that you have horses, cows, goats, sheep and other animals more typical of a farm in your own home.

How do they get the animals?

The animals can be obtained in two ways: actively or passively. The first of the methods takes place when the affected with this syndrome rescues them from the street or they are delivered by other people in good faith.

During active acquisition, a person with a pathological obsession with pets may look for abandoned animals on the street or through advertisements.

It is also possible for both methods to occur at the same time, i.e. animals are taken home and breed there without control.

Most of the time, this strange behavior goes unnoticed, largely because of the image of altruistic person that is projected. It is also difficult for these people to seek help because they are not aware of how they act. This also makes treatment difficult, as willingness is an important part of psychological therapy.

These individuals often present psychological disorders along with this syndrome. In fact, between one-third and one-half of Noah’s syndrome subjects have dementia or some other type of mint disorder l , including schizophrenia, obsessive-compulsive disorder, or depressive disorder. Alcoholism is also common.

Some studies have also found neurophysiological alterations associated with the disorder. For example, there is a decrease in activity in the anterior dorsal cingulate gyrus , which affects decision-making and lack of attention and concentration. In addition, anomalies have also been observed in the prefrontal cortex.

For this reason, it is very important to perform a complete psychological evaluation to detect comorbidities. Family and neighbors can be valuable sources of medical and social information and excellent support in therapeutic interventions. However, the isolation of these individuals makes this option unlikely.

One of the possible causes of this disorder is loneliness. Accumulating pets would be one way to overcome this traumatic situation , in which pain and social abandonment predominate.

These animals, unlike objects (in Diogenes syndrome), are an ideal companion for the sick. Let’s say that these people have an altered pattern in the relationships of affection and attachment and, therefore, have difficulties in socializing. Animals are an ideal substitute, as they provide company and support in times of loneliness.