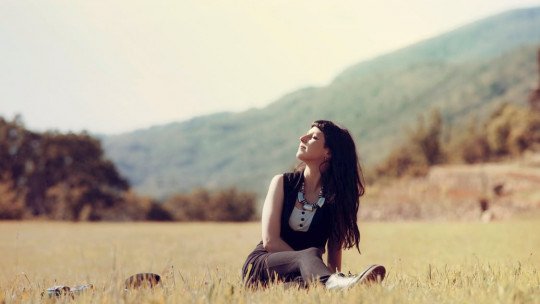 We all know
breathing is a vital activity for human beings , and not only because it allows us to stay alive. There are other ways in which this daily activity influences us.

Yes, we are aerobic beings and we have the need to take in oxygen from the environment and exchange it for carbon dioxide in our lungs, but there is no single correct way to breathe in and out.There are alternative types of breathing .

Different criteria can be used to define types of breathing. For example, we can differentiate by the main component that is captured from the atmosphere, or classify it according to the mechanism that is used to proceed with the gas exchange. But on this occasion I will talk about the different breathing control techniques and their benefits on our health .

With the current pace of life we are not aware that
we took a wrong breath . We tend to breathe quickly and shallowly, without taking full advantage of our lung capacity. Associated with this fact is the appearance of different health problems common in large cities, such as stress and anxiety, which in turn make breathing even more difficult.

Correct breathing is key to
have good health . In the West the exercise of breathing has never been given too much importance as a means of sustaining our existence, but in the East we do find this. Specifically with the discipline of yoga, where they give great importance to the correct conscious breathing to have a good health of our body and mind.

This type of breathing is based on the movement of the
diaphragm , the concave-shaped muscle that separates the chest cavity from the abdominal cavity and is responsible for the activity of breathing. When you breathe in, your lungs gradually fill up with air , pushing on the diaphragm, which in turn pushes on the organs of the abdominal cavity, giving the sensation that your belly is swelling. For this reason it is also known as abdominal breathing .

As you exhale, your lungs empty out and take up less space, leaving you in a more restricted area. The diaphragm returns to its initial position. In yoga this is known as low breathing.

It is recommended that to begin with it is better to do it lying on our backs, and as the technique is mastered go to other positions, such as sitting or standing. You must be comfortable, with your hands on your abdomen, and perform the breathing exercise with your nose.

During the exercise it is also advisable to speak (e.g. use of the expression OM), as the sound vibrations help to control the speed and rhythm of the inspirations and exhalations, as well as having a relaxing effect on the ribcage.

This type of breathing allows
expand the filling capacity of the lungs , which promotes good oxygenation of the blood. The movement impulse produced by the diaphragm, promotes blood flow and stimulates the movement of the heart. The constant activity of the diaphragm gives a good massage to the organs of the abdominal cavity, favouring intestinal transit.

In addition, it acts on the
solar plexus , a nerve network located at the beginning of the ventral aortic artery, having a relaxing effect and decreasing anxiety and the feeling of “stomach knot”.

This type of breathing is based on the
separation of the ribs for an expansion of the thoracic cavity This occurs when the middle area of the lung is filled, which is achieved once the lower part has been filled by diaphragmatic breathing. This kind of breathing is done very often without us noticing it. In yoga it is known as middle breathing .

The recommended position for this type of breathing is sitting, with a straight back but without forcing and placing your hands on your ribs.

Practiced in conjunction with diaphragmatic breathing, it helps improve lung capacity and provides a
relaxing effect .

In this type of breathing we focus on
the highest part of the lung , which is smaller in volume than the previous ones, so it captures less air. On inspiration it seems that the clavicles are raised, hence the name. In yoga it is high breathing.

This kind of breathing can be seen in people who are suffering from an anxiety or nervous attack, having short and fast inspirations and exhalations, as they have a blockage of the diaphragm due to emotional causes. Also
predominates in pregnant women , especially in the last months, when the baby occupies most of the abdominal cavity and does not allow the diaphragm to work properly.

To begin, in a sitting position, we crossed our arms, placing our hands on our ribs.

This breathing alone has no benefit and is rather poorly ventilated. But it becomes important in the latest control technique that I will now discuss.

This type of breathing, also known as
yogic breathing , is the aim of mastering the three techniques mentioned above, and is the unification of all of them, in search of conscious control of breathing.

This exercise can be done either lying down or sitting down, although if you are a beginner it is always better to do it lying down. The activity should be done in a relaxed way, breathing through the nose, and it can help the pronunciation of the expression OM.

As the sum of the other types of breathing, the above-mentioned benefits are maintained, i.e. lung capacity is increased, blood oxygenation is improved, blood circulation is stimulated and the heart is toned.

It also presents other benefits such as
I train in self-control, and provide serenity and concentration .