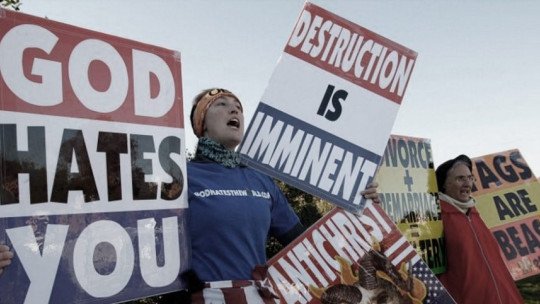 The existence of different types of homophobia shows us that this type of discrimination based on sexual orientation is not something easy to isolate and detect according to stereotypical and repetitive behaviours, but can be adapted to any context, however changing it may be. Times are changing, and so are forms of homophobia.

However, that does not mean that we cannot establish categories to better understand this kind of discrimination and the forms in which it occurs.

The main types of homophobia

Discrimination is capable of taking many different forms. This is so, among other things, because when you discriminate, you also try to do so in a way that fits in well with the mental frameworks that establish what is politically correct and what is not. It may be that in a certain social circle it is possible to criminalize a collective because of its essence , for example, but in others it will be necessary to attribute this criminalization not to what these minorities are, but to what they are supposed to do, for example.

In the case of discrimination against homosexuals, this results in the existence of different types of homophobia

Types of homophobia according to their means of transmission

In terms of the way in which homophobia is transmitted and perpetuated, we can find the following two categories.

This type of discrimination against homosexual persons is based on unwritten laws that are transmitted from generation to generation through oral transmission and imitation of behaviour . Most expressions of homophobia are related to this category.

This is the type of homophobia that has to do with formalized norms present in the regulations of both public and private organizations . For example, in laws that criminalize actions associated with homosexuality, or company statutes that justify the dismissal of homosexuals.

Also included in this category are manifestations of homophobia promoted by certain religious groups, even those that do not have a well-defined organization or do not have sacred texts, although in this case it would be a phenomenon somewhere between cultural and institutional homophobia.

According to their degree of expression

It can also be divided according to the degree to which it is expressed or, conversely, remains latent .

This type of homophobia refers to beliefs that are part of the cognitive system of individual people and that show homosexuality as something negative, usually related to vague notions of what is “unnatural” and “degenerate” . Thus, it is based on stereotypes and associations between concepts linked to homosexuality that are at the same time associated with rejection or even disgust.

For example, the predisposition of some people to reject their children if they come to know that they are homosexual, is a sign of cognitive homophobia.

This concept refers to objective expressions of homophobia by individuals who do not hide behind any norm to discriminate against homosexuals because they are homosexuals .

For example, those who organize demonstrations to take away the rights of those of a different sexual orientation than heterosexuality, those who physically assault homosexuals just because they are, those who exclude people by believing they are homosexuals – the forms that behavioral homophobia can take are virtually infinite, as varied as human behavior.

There are variants of behavioral homophobia that do not present themselves directly under a mental framework of confrontation, but of tolerance. In these cases, homosexuality is “tolerated” (implying that there is something about it that is already causing discomfort), as long as it is not expressed in a very visible way.

In any case, in practice, it is assumed that people with a sexual orientation that does not belong to heterosexuality have fewer rights than heterosexuals, or that this lack of rights is justified under the need not to extend it to other members of the population (again assuming that it is bad, since otherwise no measures would have to be taken to prevent it from spreading).

Conclusion: there is much to question

Centuries of homophobia have left a deep-rooted cultural mark on the way we act and think. That’s why it’s important to question whether certain behaviors and beliefs that we thought were harmless aren’t actually a basis for homophobia.

Sometimes, discriminatory actions and attitudes go unnoticed because since our childhood we have learned to see them as something normal , and to see any questioning of them as an outburst or a ridiculous way of thinking. This is an intellectual neglect that takes the form of suffering and victims, because although we do not have to participate directly in the harassment of homosexuals, we participate in the perpetuation of a cultural framework that legitimizes these actions.