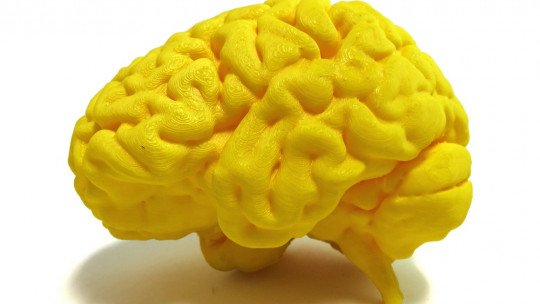 As the reader may remember from the article “What are false memories and why do we suffer from them”, there is the possibility of partially remembering an event, conversation or situation, not remembering it or remembering it without having lived it.

Going deeper into this, there are many types of mistakes that can be made and it is important to share this information as these mistakes have caused friendships to be broken, arguments to be ignored, major conflicts to be created and other problems that, without a doubt, anyone will recognize by looking back.

Next we will see several phenomena that make our memory not as reliable as it may seem.

One of the factors that conditions our memory is stress , understanding this, beyond an overload of work or a worry, as an activation in the level of alert that can be given by as many as different situations in which we are involved every day.

Stress generates a corticoid discharge by excitation of the hypothalamus-pituitary-adrenal (HHs) axis. (Gómez-González, 2002) which may improve or worsen memory , depending on the processing phase influenced by the stress hormones, and the nature or valence (positive or negative) of the coded information.

Thus, there are numerous investigations that have shown that when stress levels are very high (e.g.: a heated family or couple discussion: a debate on a very controversial topic in social networks; etc.) emotional memory is preserved or even improved, while the memory of non-emotional information is affected.

What relevance does this have? In a situation of stress such as those discussed in the previous paragraph, it is very likely that not only logic is left out, but that because of this increased emotional activation, attention (and therefore memory) is focused on the aspects of the discussion, debate or event witnessed that have most aroused negative feelings .

This not only leads to an often irrational (understood as lacking a well-structured logic) and premature resolution, but it also contributes to the formation of negative stereotypes about other people, forgetting aspects such as the coherence of their argument despite their disrespect, the logic of an idea despite spelling mistakes, the intention of the communicator despite their mistake in expressing it, etc. Thus, accessing that memory later, these details are practically inaccessible.

We often believe that having lived through a situation more times or having had more discussions on a certain topic or with a certain person, makes us more “knowledgeable” about it or gives more reliability to our opinion. However, is this true?

Studies in behavioral sciences have shown that people who have experienced repeated similar situations (e.g., event, discussion) with emotional charge, tend to be less reliable than testimonies of events that have occurred only once , giving worse results in accuracy, completeness and consistency of the account (Smeets, Candel & Merckelbach, 2004).

So why do you feel so much safer?

The phenomenon of confirmation bias

In psychology there is a wide study and experiments on Confirmation Bias . This bias is also known as selective information gathering. It is considered to be an effect of information processing that makes people seek to confirm their hypotheses, confirm their expectations, reaffirm their stereotypes or even justify their decisions or lifestyles. Stereotype is understood as a pattern of thinking, without necessarily being negative (e.g., the world is a beautiful place).

This search for confirmation is either pre-conscious or unconscious (although it can be voluntarily avoided if this effect is known) and occurs regardless of the truth or falsity of the information collected.

In turn, this bias allows the “repetition” of information that was already considered true , making it more stable in one’s own scheme of knowledge of the world, of others or of oneself. Information that does not seek to be falsified and that remains stored as more true than the previous time it was processed.

Various explanations have been offered for the emergence of the confirmation bias that is shared by default (although I insist, it can be modulated or overcome) by every human being. These explanations revolve around different factors, one of which is the so-called “cognitive economy” by which the brain tends to seek balance and patterns to use the minimum amount of energy in solving a problem or situation, an issue that also explains, in part, the formation of stereotypes and patterns of knowledge.

The role of emotions in memories

Other explanations have focused more on emotional factors. It is not difficult to think that it is preferable (usually) to get it right than to get it wrong, thus, the confirmation bias would allow avoiding the cost or damage that the mistake implies and, instead of investigating the fact, argument or event in a neutral or scientific way , the parts that fit with the assumption are selected , often magnified and the rest is despised or diminished.

A good example of this can be found in books on deductive reasoning or in manuals on the psychology of thought. They expose different types of fallacies that serve both to discredit arguments, to bias towards one’s own, and to protect oneself from unwanted change or damage to self-esteem.

The role of fallacies

Ad hominem fallacy: consists in taking for granted the falseness of an affirmation by taking as an argument who has affirmed it. Attempting to discredit the person who defends such an idea by pointing out a negative characteristic or action of the person , independent of the idea.It is worth noting that this is one of the most used fallacies nowadays in the debates that are warmly held by social networks regarding current issues

Falacia tu quoque: Consists of rejecting an argument or considering it false, alleging the inconsistency of the one who proposes it (ex: How can you talk about corruption if when you were governing, there were also cases?) We know that an idea in reality, can be good or bad, regardless of whether the person who transmits it is preaching or not with the example, however, if the idea does not like, this fallacy is often used to avoid it.

Thus, the confirmation bias distorts and selects information that is installed in our schemas . These schemes, which have been mentioned throughout the article, are understood in cognitive science as thought patterns, structured sets of ideas, structure of representation of the world, structure of specific knowledge, mental frameworks of social knowledge, etc.

It is not the object of this article to describe them in detail, it will be enough to comment that they are the main responsible for our expectations.

Weren’t we talking about memory?Yes, and we’re still working on it. As a compilation, the emotional situation biases the attention and memory, the confirmation bias selects parts of the information that benefit the ideas themselves, and these ideas are installed in our memory again in the form of schemes .

These schemes, contain stable and variable parts, the more the parts are repeated (confirmed), the more stable they are and, moreover, they are the cause of our expectations, as they are our framework of knowledge.

Thus, with what was seen in this article where it was exposed that memory and imagination and projection of oneself and others in the future (expectations) share a neural network, it is clear that if these factors are not taken into account, they feed back until creating a loop that hardly responds to any logic that is not personal.